President Joe Biden is facing a tough week that will have long-lasting consequences for both his domestic and foreign policy agendas. To succeed, he needs to pass a multi-trillion dollar spending bill and maintain America’s role as global leader in overseas meetings.

The Biden administration has been negotiating with Democrats on Capitol Hill for months to pass the president’s infrastructure legislation. Now, the deadline for key climate provisions in the legislation is fast approaching. Biden will meet with global leaders in Glasgow, Scotland, on Nov. 1 to discuss how the international community should address climate change. The problem, however, is that if Biden cannot shepherd his infrastructure bill through Congress before he leaves, he will have no box to stand on in Glasgow. (RELATED: Democrats Renew Pledge To Hold Infrastructure Votes By End Of October)

“The president looked us in the eye, and he said: ‘I need this before I go and represent the United States in Glasgow. American prestige is on the line,'” Democratic California Rep. Ro Khanna told Fox News on Sunday, days after meeting with Biden in the Oval Office. 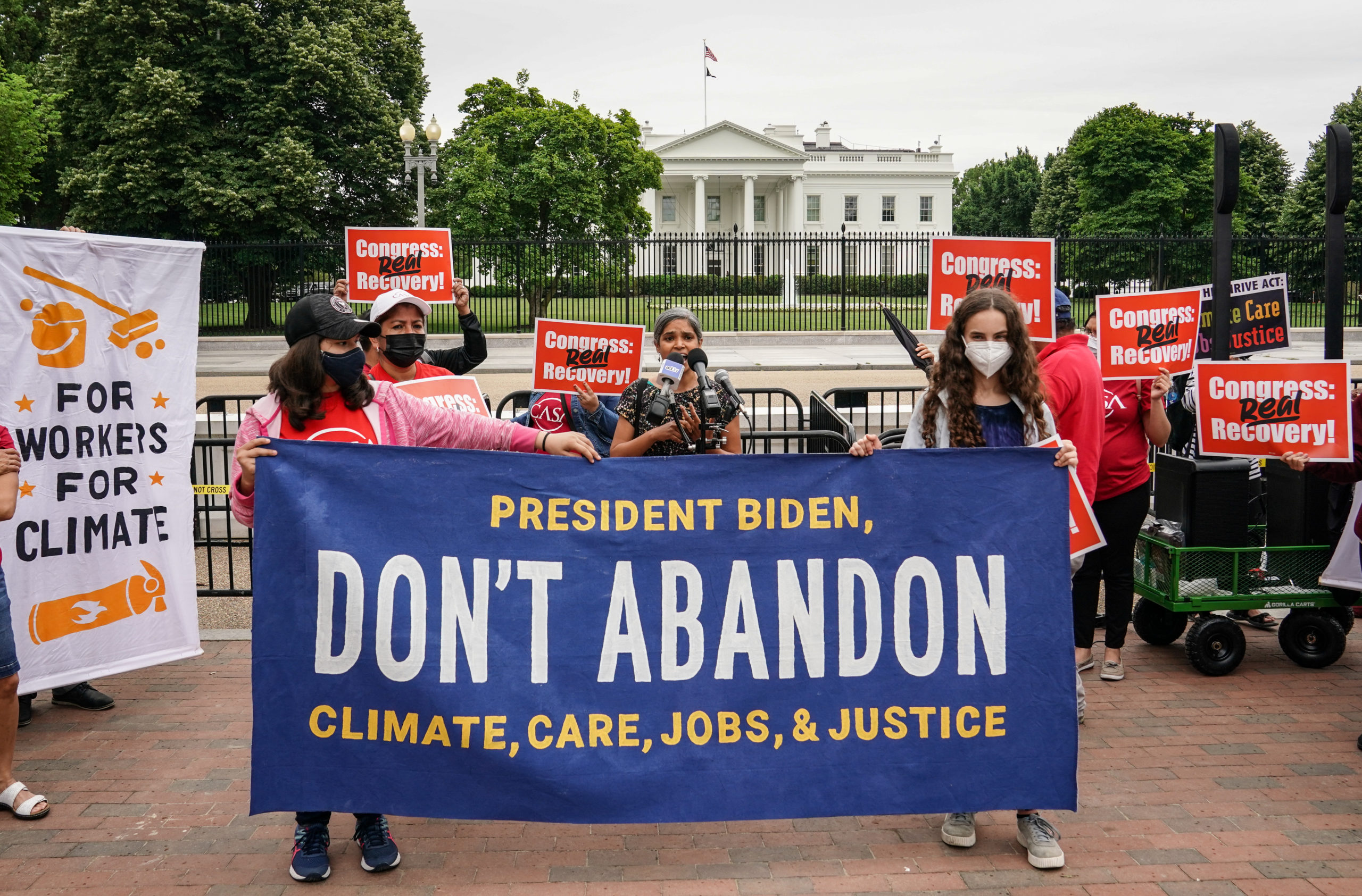 WASHINGTON, DC – MAY 24: Executive Director of the US Climate Action Network Keya Chatterjee speaks to those attending a demonstration by various activists who are calling on President Joe Biden to not compromise on election promises regarding climate change, health care, jobs and social justice on May 24, 2021 in Washington, DC. (Photo by Jemal Countess/Getty Images for Green New Deal Network)

But even as the president attempts to herd Democratic cats in Washington, he is also testing his electoral weight in key races in New Jersey and Virginia, which will be decided when he returns from his overseas trip next week. Biden spent Monday campaigning in New Jersey for Democratic Gov. Phil Murphy, who leads his Republican opponent by just six points after squandering a 26-point lead earlier this year.

Finally, Biden will meet with Pope Francis in Rome on Friday, a key moment for a president who desires to be viewed as a devout Catholic even while publicly rejecting the Church’s teachings on abortion and gay marriage.

The United States Conference of Catholic Bishops (USCCB) voted in June to move forward with drafting a statement clarifying whether U.S. politicians who publicly reject the Church’s teaching on abortion should be denied communion. The organization has yet to release the statement, however.

When Biden returns to the U.S. on Nov. 3, he could return a victor who secured administration-defining legislation and maintained U.S. authority on climate change, a key issue for Democrats. He could also return empty handed, however, and arrive to news of unexpected Democratic defeats in New Jersey and Virginia, painting a bleary picture of the 2022 midterm elections for the party.