Civil war has spread throughout Myanmar since the military junta overthrew the government in February, according to the departing U.N. envoy, the Associated Press reported on Wednesday.

U.N. Special Envoy on Myanmar Christine Schraner Burgener recommended sanctions against the junta leaders until they can be replaced with officials that want to restore peace in the country, according to the AP. Burgener proposed an “an all-inclusive dialogue” with the junta’s deputy commander-in-chief on July 16, but never heard back.

Burgener said the military will likely try to maintain control over the country as it has in the past, “but this is not the case anymore, and I hope it will not be the case again,” the AP reported. The military ran the government for 50 years until Nobel Peace Prize winner Aung San Suu Kyi was elected in 2015.

“We have everywhere violence, it’s not controlled anymore, and the scale of violence is very high. And, therefore, I would say, `yes, a civil war,'” Burgener told the AP. (RELATED: Myanmar Police Officers Allegedly Fled To India To Avoid Killing Protesters) 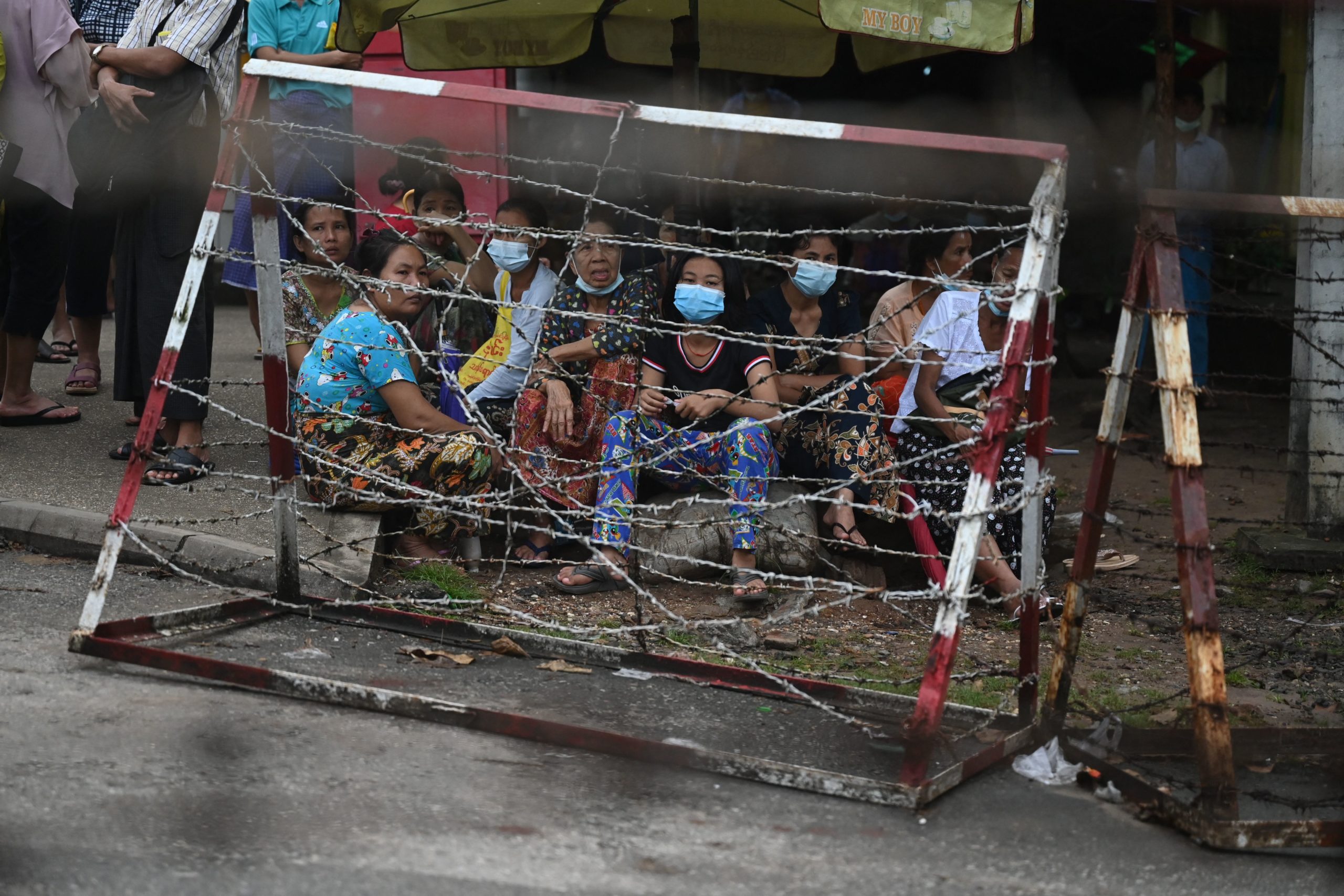 People wait outside Insein Prison in Yangon on October 18, 2021, as authorities announced more than 5,000 people jailed for protesting against a February coup which ousted the civilian government would be released. (Photo by AFP) (Photo by STR/AFP via Getty Images)

Suu Kyi’s National League for Democracy won the November 2020 elections, though the military claimed the results were fraudulent and seized power, according to the AP. Civilians responded with peaceful demonstrations that slowly turned into insurgencies after military officials used deadly force to try and contain the demonstrations.

Ethnic minority militias have fought with military forces along the country’s borders or trained and armed civilians against the junta, the AP reported. The National Unity Government, an underground junta resistance group comprised of elected officials who were prevented from taking office, called for a national uprising against the junta on Sept. 7.

The National Unity Government’s “people’s defense forces” (PDFs) and ethnic militias are working against Myanmar’s military forces that have experience in jungle warfare and are known for brutality, according to the AP. The junta buys weapons and military equipment from countries including China, Russia and Ukraine.

Burgener said “the PDFs will not give up” in their fight against the military this time and that around 4,000 federal military soldiers defected, the AP reported. Some junta soldiers are reportedly carrying out “clearing operations” where villagers are raped and their homes are pillaged and burned.

“We heard also from the ground that it will be difficult for the army because Chin region is a very mountainous region, and the Chin people are very determined to defend themselves,” Burgener told the AP. “So, I fear that we will have victims on both sides, and it will be terrible.”