Boston officials announced plans to divest the city’s portfolio from fossil fuel companies during a ceremony with federal lawmakers and activists on Monday.

In her first act in office, recently sworn-in Democratic Boston Mayor Michelle Wu signed an ordinance ordering the city to divest from the fossil fuel industry as well as the tobacco and private prison industries by 2025, according to the announcement. The action was unanimously approved by the Boston City Council on Nov. 17.

The move calls for the city to withdraw $65 million from its portfolio immediately, the Associated Press reported. Roughly 15% of Boston’s revenue comes from fossil fuel investments.

“In this closing window of time to act, Boston must lead by taking every possible step for climate justice,” Wu said in a statement. “Divesting from harmful industries to invest in sustainable and healthy jobs is not only the pathway to a green and resilient future; it’s also the most responsible stewardship of taxpayer dollars.”

She added that the action was an important step in the goal of achieving a “Boston Green New Deal.” (RELATED: Massive Democratic Multi-State Climate Change Initiative Crumbles) 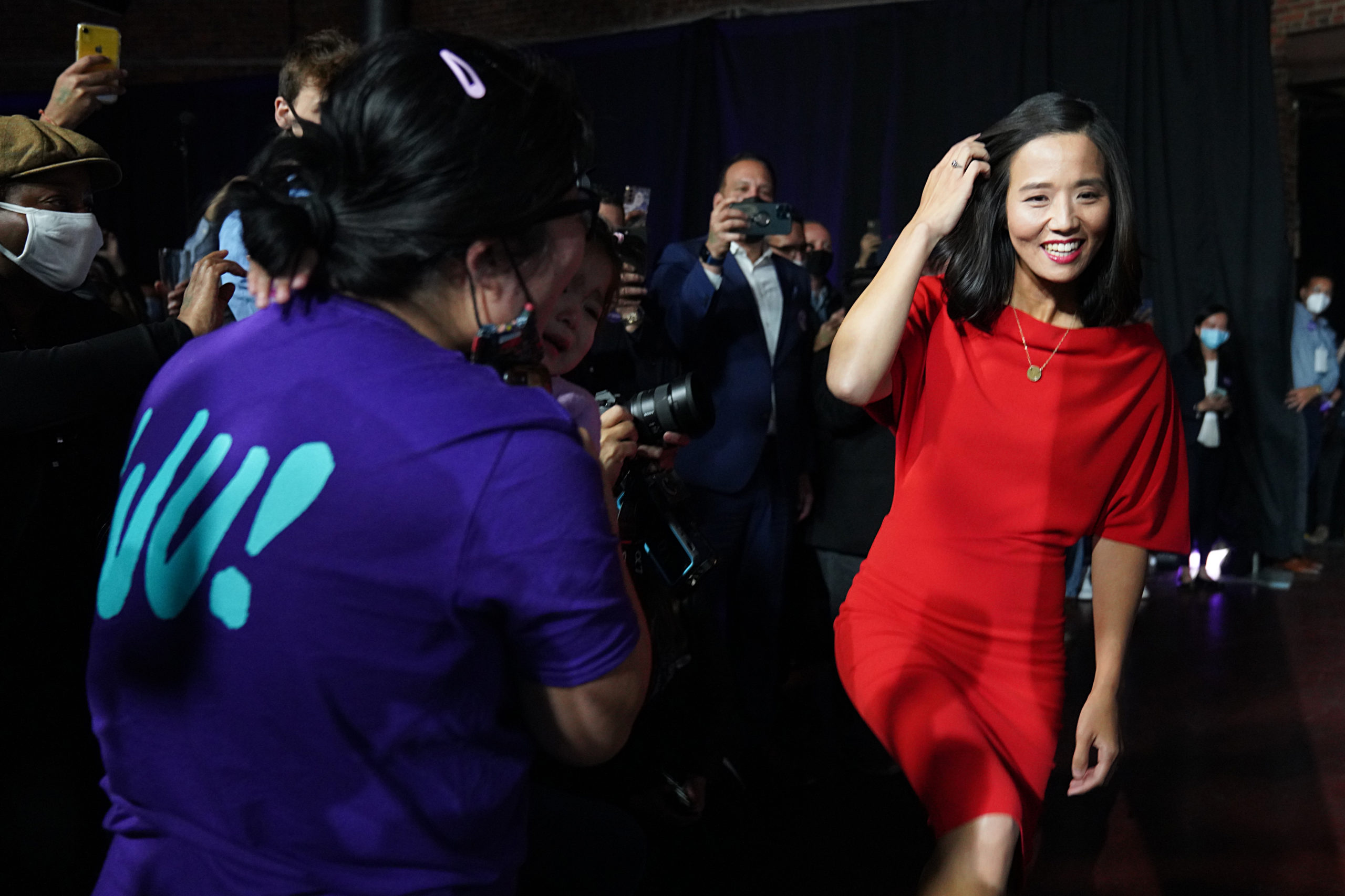 Michelle Wu greets supporters as she arrives at an election night event on Nov. 2 in Boston, Massachusetts. (Allison Dinner/Getty Images)

Wu, who previously served as the president of the Boston City Council, has made climate change a priority both in office and on the campaign trail. In 2014, as a member of the council, Wu presided over a hearing examining the impact of a fossil fuel divestment and advocated in favor of such a move, according to the press release.

“Today Boston has a claim at least for a day to being the greenest city in the country,” said environmental activist Bill McKibben, who joined Wu and Democratic Massachusetts Sen. Ed Markey during the ceremony.

However, the conservative Massachusetts Fiscal Alliance slammed the move, saying Wu was trying to please far-left activists instead of focusing on important issues facing the city.

“Mayor Wu is proving that she is an ideologue, and not a problem solver. On day one, the city is facing so many problems that she could tackle but would require hard work to fix,” the group’s spokesperson Paul Craney told the Daily Caller News Foundation. “Instead of taking on the practical problems that impact ordinary Boston residents, she is seeking to please the far-left wing environmental lobby.”

Cities worldwide including London, New York City and Berlin have made their own pledges to divest from fossil fuels, according to the environmental organization Climate Action.