President Joe Biden announced the release of 50 million barrels of oil from the Strategic Petroleum Reserve (SPR) on Tuesday as high gas prices continue to affect Americans across the country.

The U.S. Department of Energy has a two-pronged plan for the release, with 32 million barrels being part of an exchange over the course of several months, according to the White House. Eighteen million more barrels “will be an acceleration into the next several months of a sale of oil that Congress had previously authorized,” according to the administration.

The SPR is a supply of oil kept for emergencies and hasn’t yet been used to help with oil prices, according to a CNBC report. While tapping into the SPR could help with prices for the short-term, its long-term results may be less effective, the report added.

“This is the first time we have done something like this in parallel with other major energy consuming nations,” one senior administration official said, noting that the release is being taken in parallel with China, India, Japan, the Republic of Korea and the U.K. (RELATED:‘A Tricky Question’: Top Biden Nominee Saule Omarova Struggles To Answer Question On Whether High Gas Prices Are Bad For Americans) 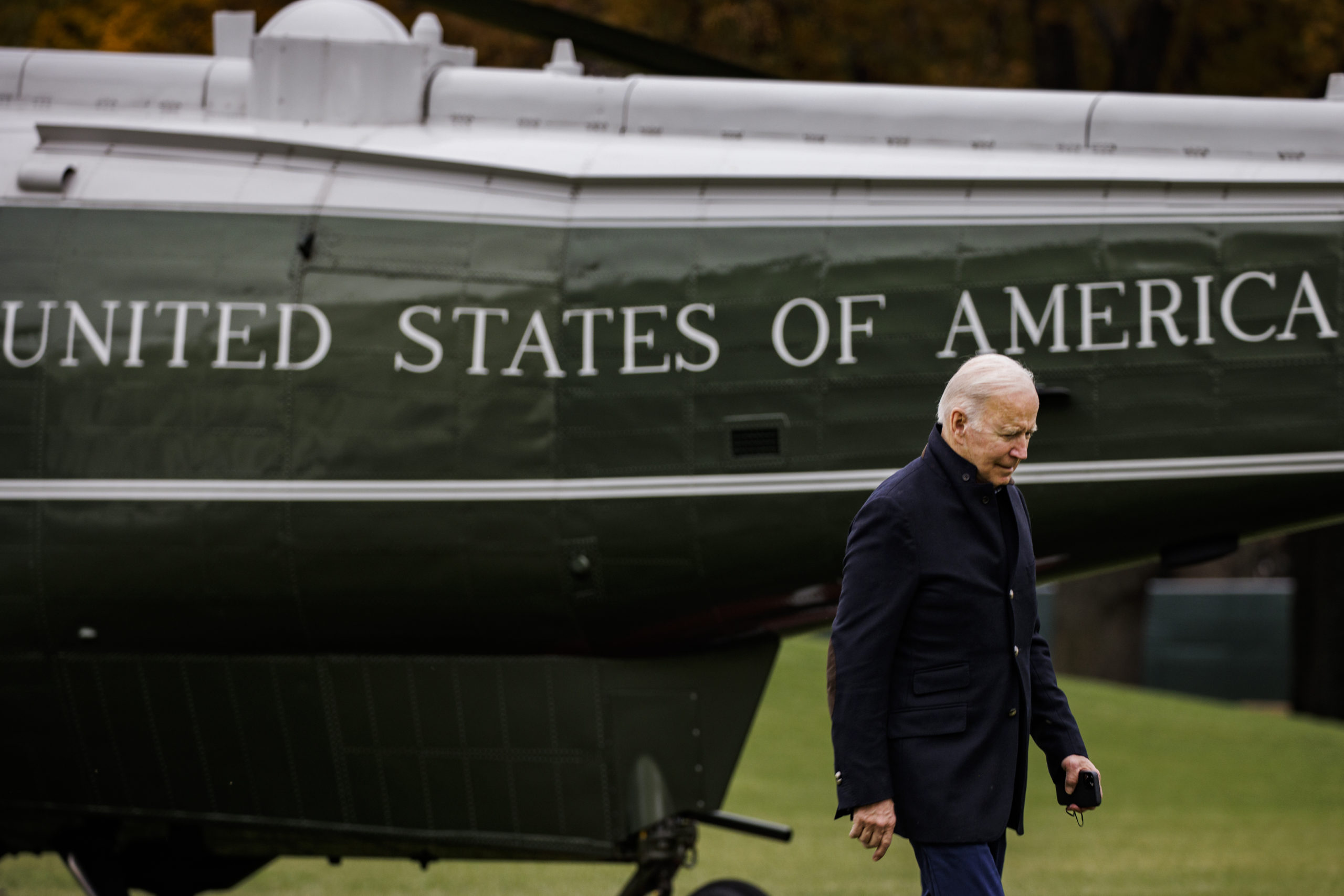 WASHINGTON, DC – NOVEMBER 21: U.S. President Joe Biden walks to the West Wing from Marine One on the South Lawn off the White House on November 21, 2021 in Washington, DC. The President spent the weekend at his home in Wilmington, DE. (Photo by Samuel Corum/Getty Images)

House Democrats, in a Monday letter, pushed Biden to release crude oil from the SPR and reimplement an oil exports ban in an effort to help with prices, Reuters reported. The American Automobile Association noted that gas prices have more than doubled in price compared to one year ago, though it’s reportedly begun to ease in some parts of the country.

“The President stands ready to take additional action, if needed, and is prepared to use his full authorities working in coordination with the rest of the world to maintain adequate supply as we exit the pandemic,” the White House said Tuesday morning.

Prior to tapping into the SPR, the president asked the Federal Trade Commission to investigate gas and oil companies for illegal price gouging. In a letter sent Nov. 17, Biden claimed there’s “mounting evidence of anti-consumer behavior by oil and gas companies,” Axios reported at the time.

Tuesday afternoon, Biden is scheduled to give remarks to the nation on “the economy and lowering prices for the American people.” It’s likely he will speak on this recent announcement. The latest effort to lower prices coincides with Biden’s struggling poll numbers and a series of crises plaguing the country, including supply chain issues and inflation.