The man faced a firing squad when North Korean officials caught the man distributing illegal copies of the Netflix show. Others will reportedly face severe repercussions for playing a role in the scheme, according to Forbes.

Forbes cited a report from Radio Free Asia, a U.S. government-funded media outlet, when North Korea enforced its “Elimination of Reactionary Thought and Culture” policy, which sets the maximum penalty for “watching, keeping, or distributing media from capitalist countries” as execution. (RELATED: ‘Squid Game’ Creator Hwang Dong-Hyuk Says There Was An Alternate Ending With Gi-Hun Getting On The Plane) 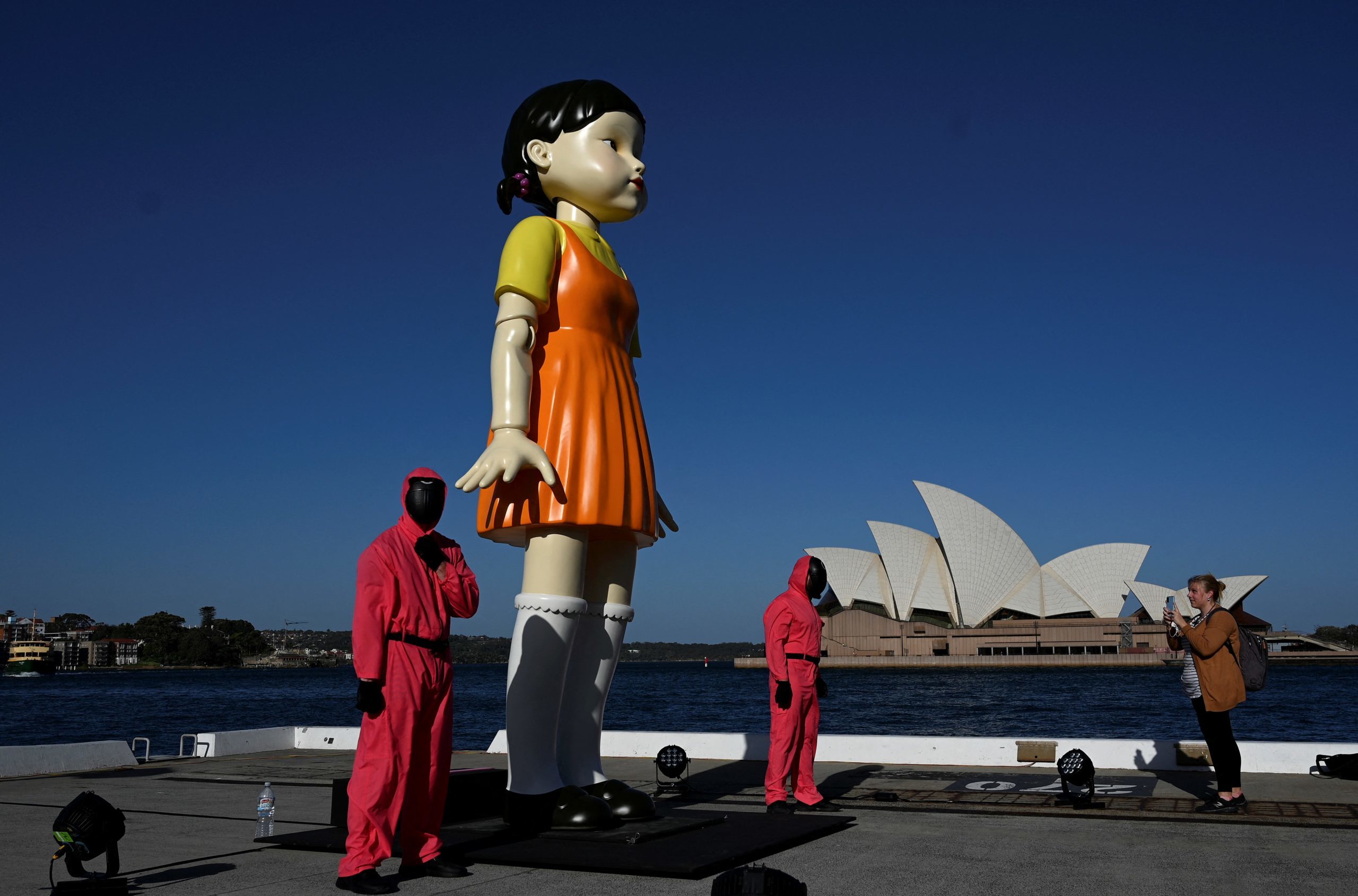 TOPSHOT – Cosplayers stand next to a 4.5 metre tall replica doll from the Netflix series “Squid Game” on display at the harbour in Sydney on October 29, 2021. (Photo by Saeed KHAN / AFP) (Photo by SAEED KHAN/AFP via Getty Images)

RFA reported that the man “smuggled and sold” copies of the show through USB flash drives but did not act alone. 7 students and an unknown group of teachers were severely punished as officials charged them with life sentences and 5 years of hard labor, according to the report.

RFA’s report received an anonymous tip claiming one of the students arrested in the crackdown was not punished because of a $3,000 bribe given to officials from their “rich parents”. The anonymous source also said the general public in North Korea are fearing for their livelihoods, stating that “the residents are all trembling in fear because they will be mercilessly punished for buying or selling memory storage devices, no matter how small.”