President Joe Biden is meeting with a slew of CEOs of big-name companies on Monday as inflation and supply chain issues hit the country during the holiday shopping period.

The president of Food Lion will also attend the roundtable in person, and the CEOs of Walmart and CVS Health plan to attend the meeting virtually.

Biden is currently dealing with a supply chain crisis and has focused his energy in part on delays at major ports and expanding hours for truckers. The president plans to speak to the nation about the administration’s efforts in fixing the crisis after his Monday meeting. (RELATED: ‘It’s Unprecedented’: Builders Running Out Of Key Construction Materials, Forced To Find Alternatives) 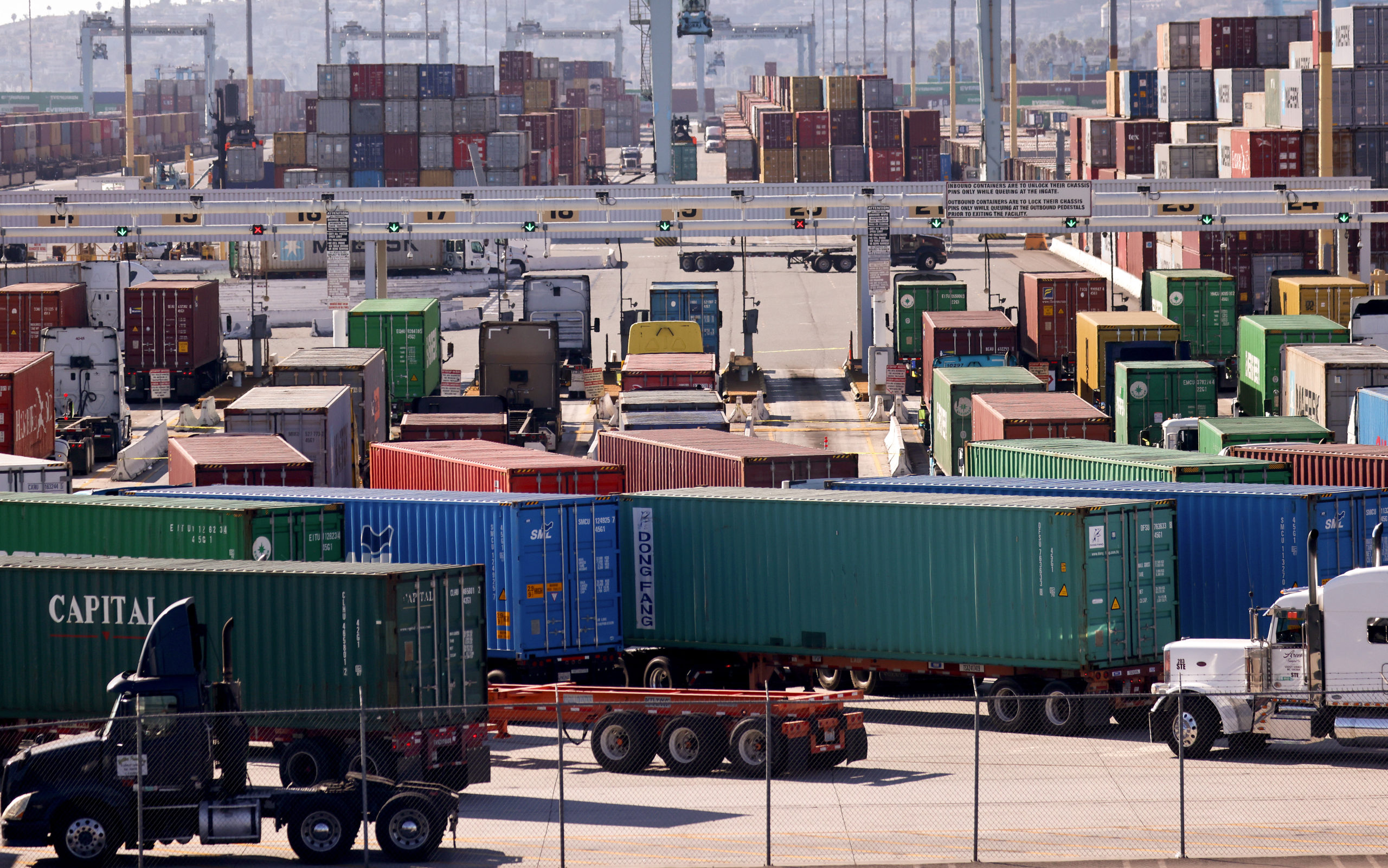 SAN PEDRO, CALIFORNIA – NOVEMBER 24: Trucks haul shipping containers at the Port of Los Angeles on November 24, 2021 in San Pedro, California. The Ports of Los Angeles and Long Beach have suspended a plan to charge shippers fees for shipping container storage as a backlog of empty containers at the ports has decreased since last month amid signs of easing congestion. (Photo by Mario Tama/Getty Images)

During this speech, Biden will also address how his administration plans to lower the cost of goods for families as well as how they will make sure shelves are stocked for the holiday season – two other issues plaguing the country at the moment. Inflation has hit a 31-year high and some experts predict it may be here to stay for awhile, according to The Wall Street Journal.

The president’s meeting with top CEOs also comes in the wake of a new COVID-19 variant named Omicron. The administration announced travel restrictions from South Africa and seven other countries over the weekend as a result of Omicron, although early evidence suggests the variant could be showing “very mild” symptoms.

“Most of them are seeing very, very mild symptoms and none of them so far have admitted patients to surgeries. We have been able to treat these patients conservatively at home,” said Dr. Angelique Coetzee, chair of the South African Medical Association and one of the first to believe there was a new strain, according to Reuters.

“The most predominant clinical complaint is severe fatigue for one or two days. With them, the headache and the body aches and pain,” Coetzee added.