President Joe Biden announced on Friday new travel restrictions from South Africa and seven other countries due to the latest COVID-19 variant.

The variant, which was first identified in South Africa, is believed to be the most mutated coronavirus variant yet. The World Health Organization (WHO) named the variant Omicron on Friday and noted it is a “variant of concern.” The Biden administration’s announcement coincides with several other countries that have also declared travel restrictions due to the mutated virus.

The administration’s travel restrictions will also affect Botswana, Zimbabwe, Namibia, Lesotho, Eswatini, Mozambique, and Malawi, senior administration officials said Friday afternoon. They will go into effect on Monday and officials noted the decision was made “out of an abundance of caution.”  (RELATED: ‘The Choice Is Yours’: In Line With CDC’s Mask Guidance, Biden Gives Americans An Ultimatum On Vaccines)

Senior administration officials noted that the upcoming policy does not apply to American citizens and lawful permanent residents. These individuals must still test negative before traveling, in compliance with the administration’s travel rules. 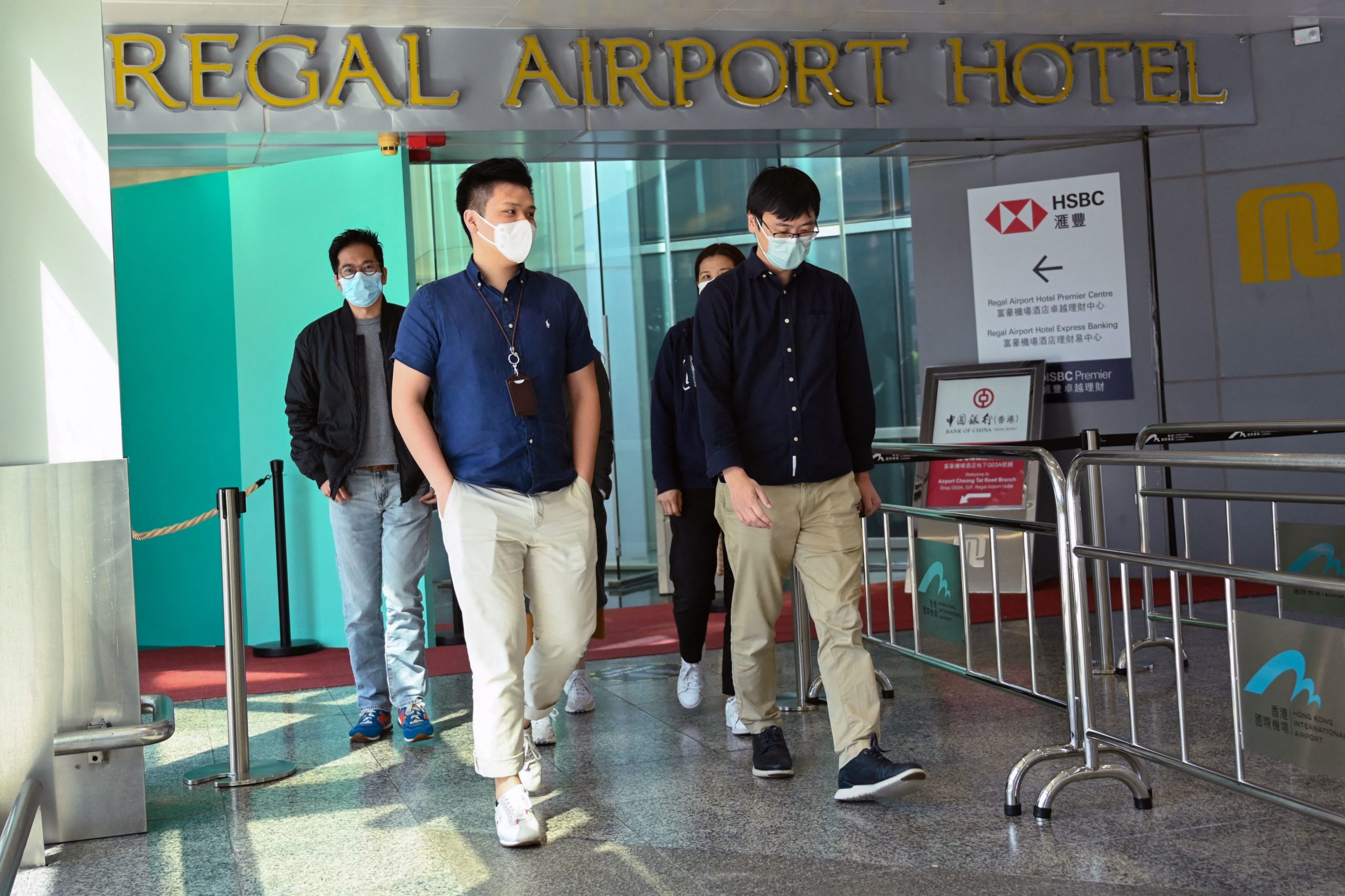 People leave the Regal Airport Hotel at Chek Lap Kok airport in Hong Kong on November 26, 2021, where a new Covid-19 variant deemed a ‘major threat’ was detected in a traveller from South Africa and who has since passed it on to a local man whilst in quarantine. (Photo by Peter PARKS / AFP) (Photo by PETER PARKS/AFP via Getty Images)

“It is time for other countries to match America’s speed and generosity,” Biden said Friday. “In addition, I call on the nations gathering next week for the World Trade Organization ministerial meeting to meet the U.S. challenge to waive intellectual property protections for COVID vaccines, so these vaccines can be manufactured globally. I endorsed this position in April; this news today reiterates the importance of moving on this quickly.”

The U.S. has shipped over 275 million doses of vaccines to 110 countries across the world, senior administration officials explained. This number includes 93.9 million doses for Africa and 13.3 million to the countries now included on the restricted travel list.

Despite the U.S. vaccine donates, many countries are struggling with low vaccination rates. South Africa, for example, has just around 24% of its population fully vaccinated.