As massive numbers of migrants choose to journey north for a chance to enter the U.S., one town in Brazil demonstrates how immigration is draining the region of necessary workers, Reuters reported.

Alpercata, located in the hills of southeastern Minas Gerais state, has experienced an exodus as the pandemic killed jobs and severely hurt Brazil‘s currency, Reuters reported. Hundreds of households have sold their belongings and taken their children out of school to travel to the U.S.

The town, which has roughly 7,500 people inhabiting it, is “emptying out,” Ana Paula Souza, who left Alpercata with her husband and infant son, told Reuters. “Everyone is leaving,” she said.

Unlike previous cycles of migration, which centered around poor young men who would quickly return home, this new wave focuses on white-collar workers, Reuters reported. Nurses, engineers and city officials, who have guaranteed jobs in the town, are choosing to travel north, leaving positions that are difficult to find replacements for. 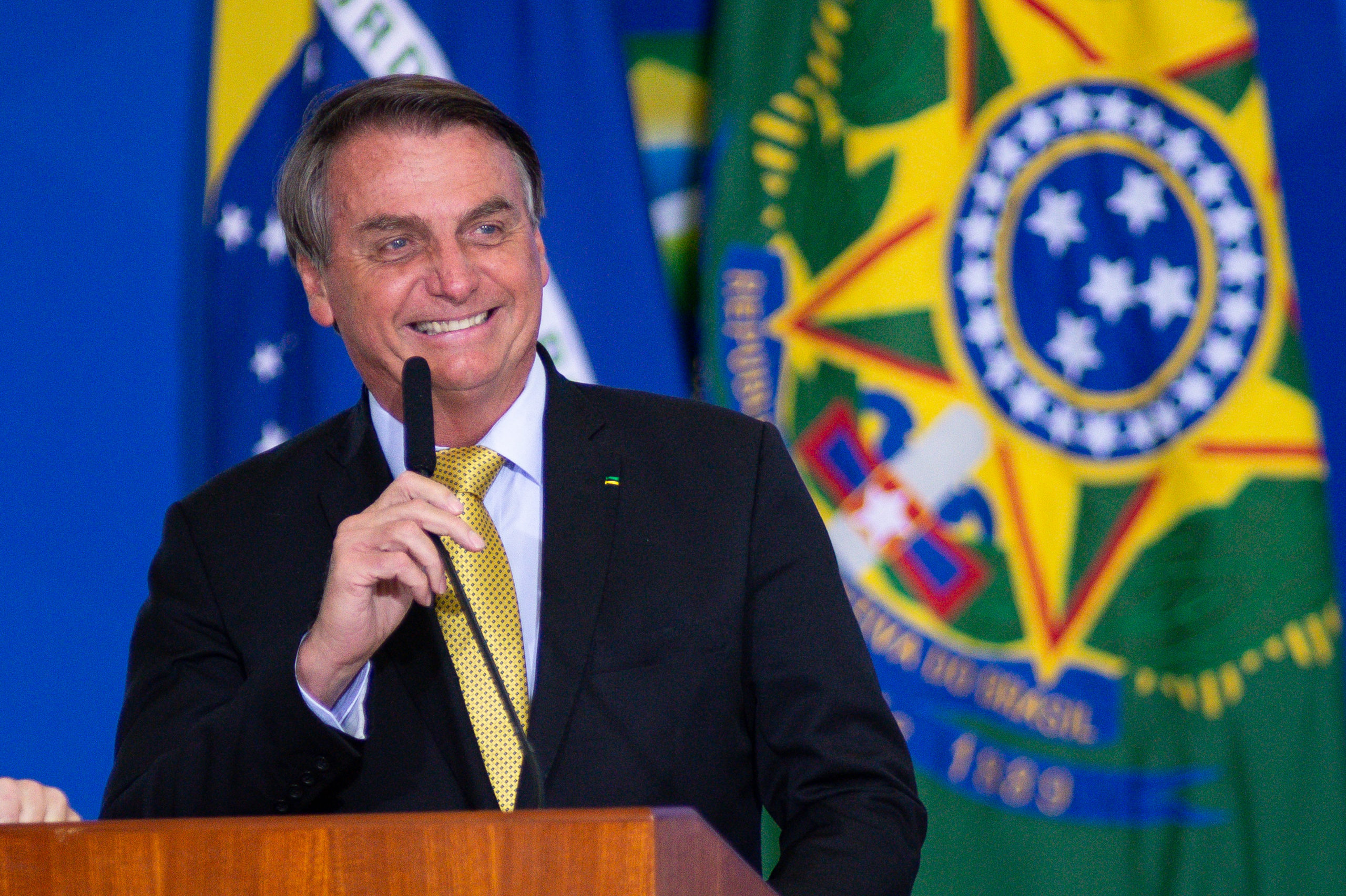 President of Brazil Jair Bolsonaro smiles during an event to launch a new register for professional workers of the fish industry at Planalto Government Palace on June 29, 2021 in Brasilia, Brazil. (Photo by Andressa Anholete/Getty Images)

Municipal schools in the town have lost 10% of their students this year thus far, while Municipal Sports Secretary Jorge Estefesson told Reuters that enrollment in his soccer school was down two-thirds from five years ago.

“We’re scared that in the future, we’re going to be an elderly city without young people,” Estefesson said. (RELATED: Over 30 Migrants Drown Trying To Get To UK After Boat Capsizes)

U.S. asylum policy allows Brazilians and some other nationalities to remain in the U.S. while they pursue their claims, which has led to 99% of Brazilian families apprehended at the border in fiscal year 2021 gaining entry to make their case in immigration court, according to U.S. Customs and Border Protection data. The number of Brazilians apprehended at the border this year ranked sixth when compared to other nationalities.

President Joe Biden rolled back a number of former President Donald Trump’s immigration policies after taking office, including the “Remain in Mexico” program, which required non-Mexican migrants to wait in Mexico until their immigration court date in the U.S. A federal judge later ruled against Biden’s attempt to end the policy in August.

Souza now lives in Orlando, Florida, and bakes cakes in an attempt to pay off the $15,000 the couple paid human smugglers, Reuters reported. “The Americans don’t like to work so there are lots of jobs for immigrants,” she said.