The account, known as “@TrackerTrial,” was suspended as of early Wednesday afternoon. Preceding its suspension, the account had earned over 500,000 followers. (RELATED: Twitter Expands Its Bans Day After It Names New CEO)

It’s unclear exactly why the account was suspended. A blog post circulating on Twitter and posted in a publication called “The Free Press Report” by an author claiming to be the owner of the account alleged that Twitter suspended the account for using the social media platform to “artificially amplify or suppress information” that “manipulates or disrupts” other users’ experiences. 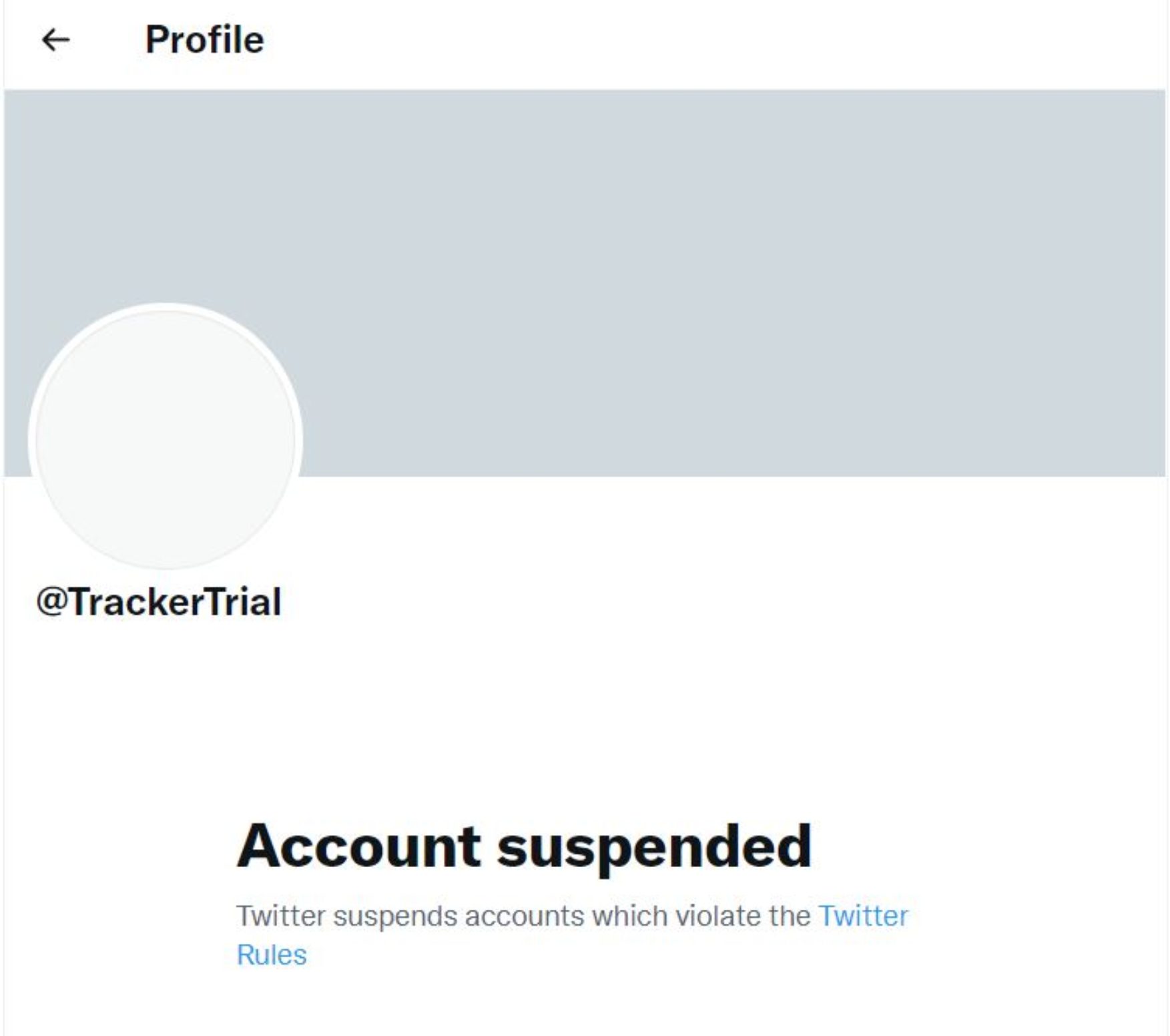 However, it’s unclear whether the author is, in fact, the owner of the account. An account named “@trackertrial2,” which claims to be a continuation of the suspended account, is currently operational on the platform.

Twitter’s long-reigning CEO Jack Dorsey stepped down last Monday and was replaced by former Twitter chief technology officer Parag Agrawal. Republicans have expressed concerns that Agrawal’s tenure may lead to more online censorship, pointing to past statements he has made regarding freedom of speech.