Dozens of people, including 12 police officers, were killed, and one officer was beheaded, in one of the world’s largest countries Thursday during violent protests that saw government buildings set on fire, The Associated Press reported.

Dozens of demonstrators were killed as they stormed Kazakhstan’s presidential palace and the mayor’s office in the nation’s largest city on Wednesday, and they continued to try to invade administrative buildings overnight, the AP reported.

The protesters “have been eliminated and their identities are being established,” Saltanat Azirbek, a spokesperson for the city police department in Almaty, Kazakhstan, said according to The Wall Street Journal.

Around 1,000 were injured and 400 were hospitalized in the protests, the WSJ reported. (RELATED: Mass Protests Against Vaccine Mandates Sweep Across The Globe)

The protests began Sunday in Kazakhstan’s western Mangistau region after the government lifted caps on prices of gasoline, causing prices to double, the WSJ reported. 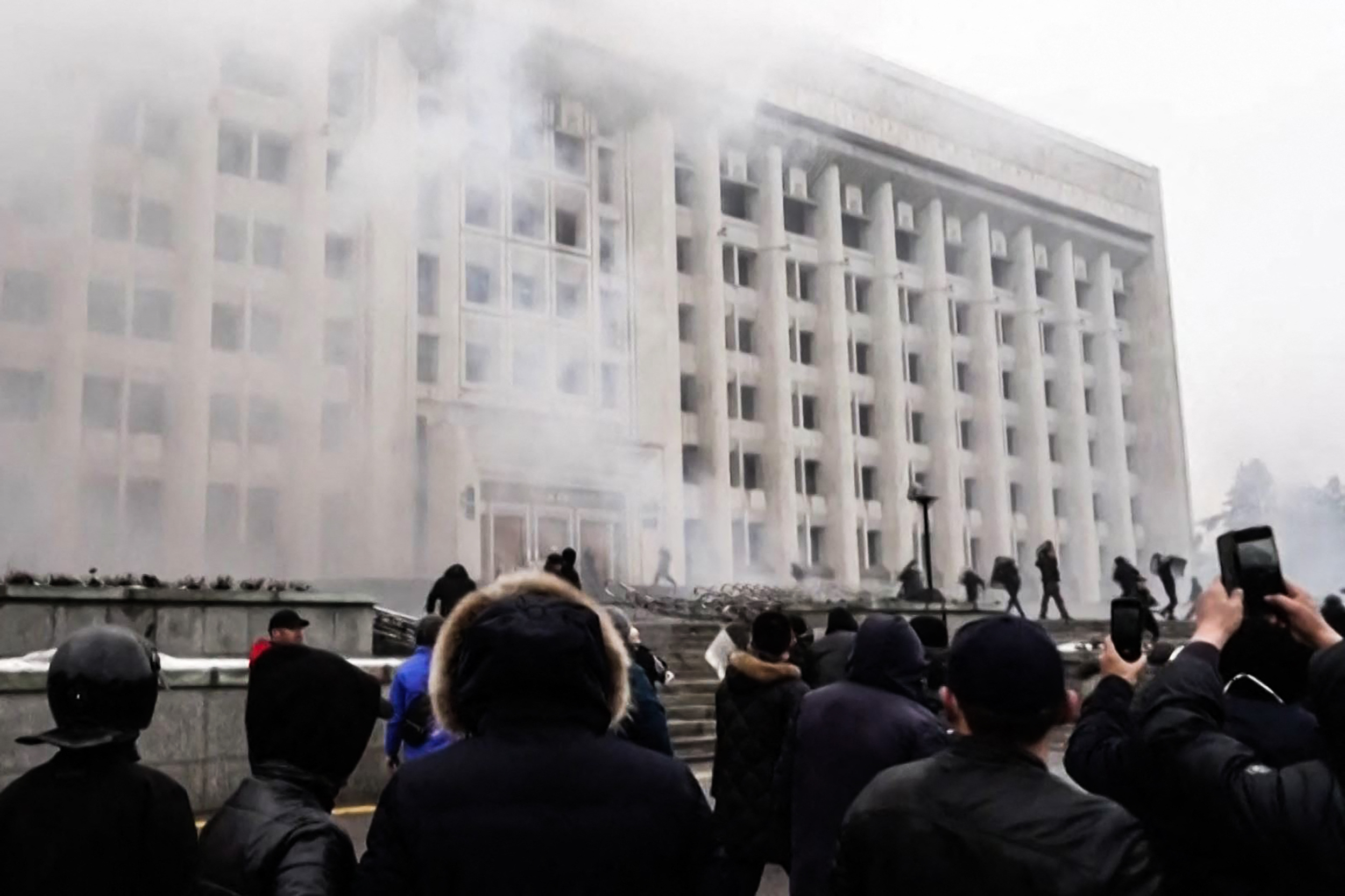 A frame grab taken on January 6, 2022, from an AFPTV video made on January 5, 2022, shows protesters storming in the city hall of Kazakhstan’s largest city Almaty as unprecedented unrest in the Central Asian nation spins out of control due to a hike in energy prices. (Photo by ALEXANDER PLATONOV/AFPTV/AFP via Getty Images)

A Russian-led intergovernmental military alliance called the Collective Security Treaty was sent to Kazakhstan on Wednesday “to stabilize and normalize the situation,” according to the WSJ.

The group consisted of armed forces from Russian, Armenia, Belarus, Kyrgyzstan and Tajikistan, and the deployment would only be temporary, the WSJ reported. Kazakh President Kassym-Jomart Tokayev said Wednesday that he called for assistance to help what he reportedly believed to be a terrorist threat.