The family of a worker killed in a tornado that destroyed an Amazon facility last month is suing the tech giant, according to court documents filed Monday.

Randy and Alice McEwen, the parents of Austin McEwen, a 26-year-old delivery driver for Amazon who was killed after a tornado hit one of the company’s fulfillment centers in Edwardsville, Illinois, filed a wrongful death complaint against the company Monday. The McEwens accused Amazon of negligence, alleging that the company failed to adequately warn employees before the tornado hit, failed to monitor the inclement weather and did not provide ample shelter for its employees or have an adequate emergency plan in place.

“As a direct and proximate cause of one or more of the aforementioned careless negligent acts and/or omissions of Defendant, the Plaintiff’s decedent, Austin McEwen, suffered serious injuries that resulted in his death,” the complaint read. (RELATED: California Fines Amazon For ‘Concealing’ COVID-19 Cases Among Workers)

The tornado hit the Amazon fulfillment center in Edwardsville in December 2021, killing six workers after the facility’s roof collapsed. 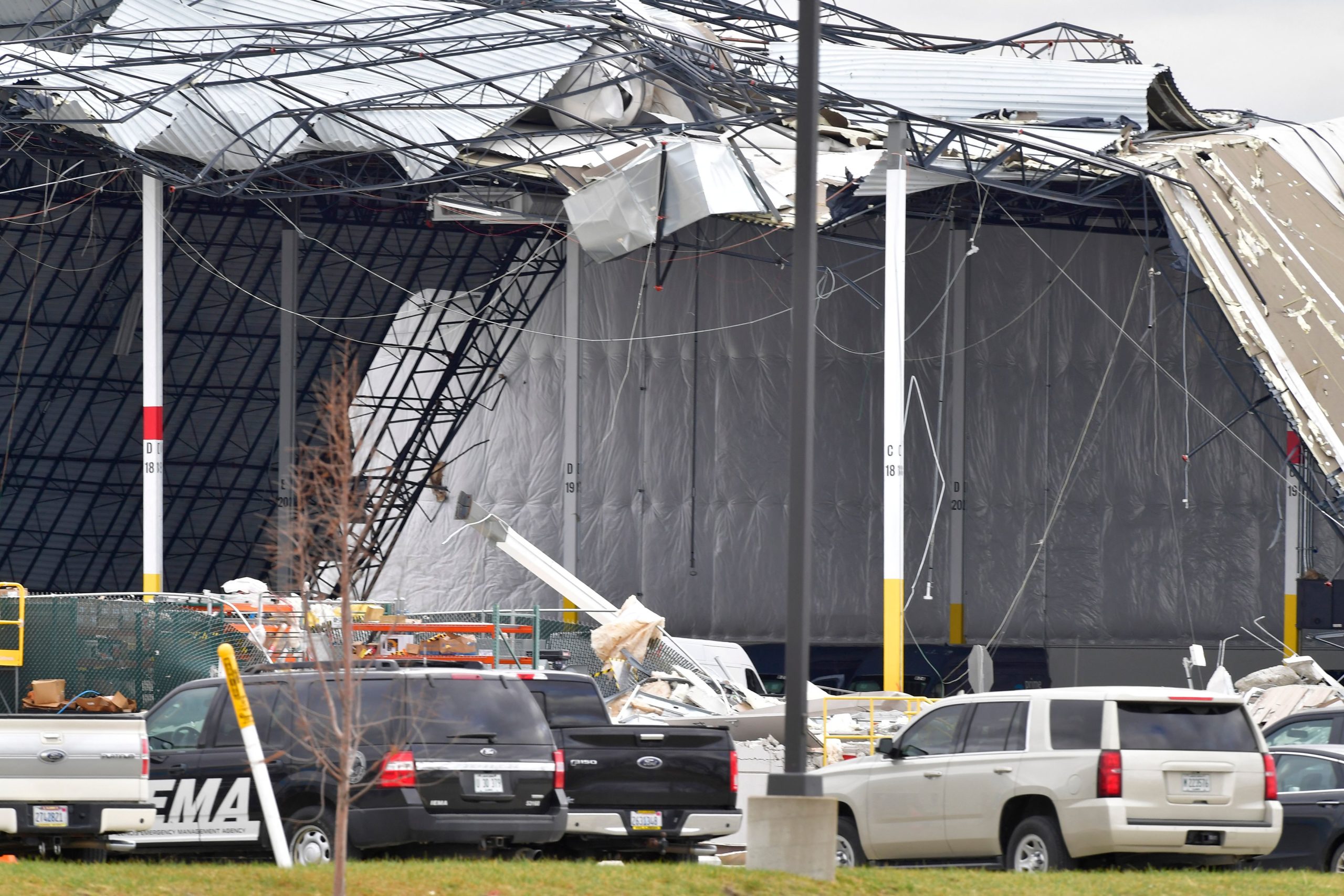 Workers remove debris from an Amazon Fulfillment Center in Edwardsville, Illinois, on December 11, 2021, after it was hit by a tornado. (Photo by TIM VIZER/AFP via Getty Images)

“Sadly, it appears that Amazon placed profits first during this holiday season instead of the safety of our son and the other five” Alice McEwen said during a news conference, according to the Associated Press.

Amazon spokesperson Kelly Nantel disputed facts in the complaint in a statement to the Daily Caller News Foundation, saying that building was properly constructed and that Amazon employees were adequately monitoring the inclement weather.

“This was a new building less than four years old, built in compliance with all applicable building codes, and the local teams were following the weather conditions closely,” Nantel said. “Severe weather watches are common in this part of the country and, while precautions are taken, are not cause for most businesses to close down. We believe our team did the right thing as soon as a warning was issued.”

The lawsuit also names the construction company and the developer that built the Amazon facility.