The head of BlackRock, the world’s largest asset manager, said the firm’s investments in clean energy enterprises are ultimately about generating more revenue, not about being “woke.”

BlackRock CEO Larry Fink explained his firm’s position, which has been heavily criticized by conservatives and supporters of hydrocarbons, in his annual letter to the leaders of companies BlackRock owns a stake in on Monday evening. He said the company is focused on its bottom line and increasing shareholder profits rather than pursuing an ideologically-driven agenda.

“Stakeholder capitalism is not about politics. It is not a social or ideological agenda,” Fink wrote in the letter. “It is not ‘woke.'”

“It is capitalism, driven by mutually beneficial relationships between you and the employees, customers, suppliers, and communities your company relies on to prosper,” Fink wrote. “This is the power of capitalism.” (RELATED: ‘Get Us A Fair Contract’: Hundreds Of Alabama Coal Miners Protest Outside BlackRock Headquarters In New York City)

Fink, a longtime Democratic donor and supporter of President Joe Biden, has increasingly pushed a so-called environmental, social and governance policy. BlackRock favors looking not just at the usual accounting figures in a company’s quarterly earnings reports, but also at considering “not traditionally reported” issues like how serious a company is about reducing its carbon footprint.

In July 2021, the asset manager announced that it secured more than $250 million from institutional investors, government leaders and organizations for the Climate Finance Partnership (CFP). The CFP is a “finance vehicle” that will dole out capital to companies dedicated to facilitating the green transition worldwide. 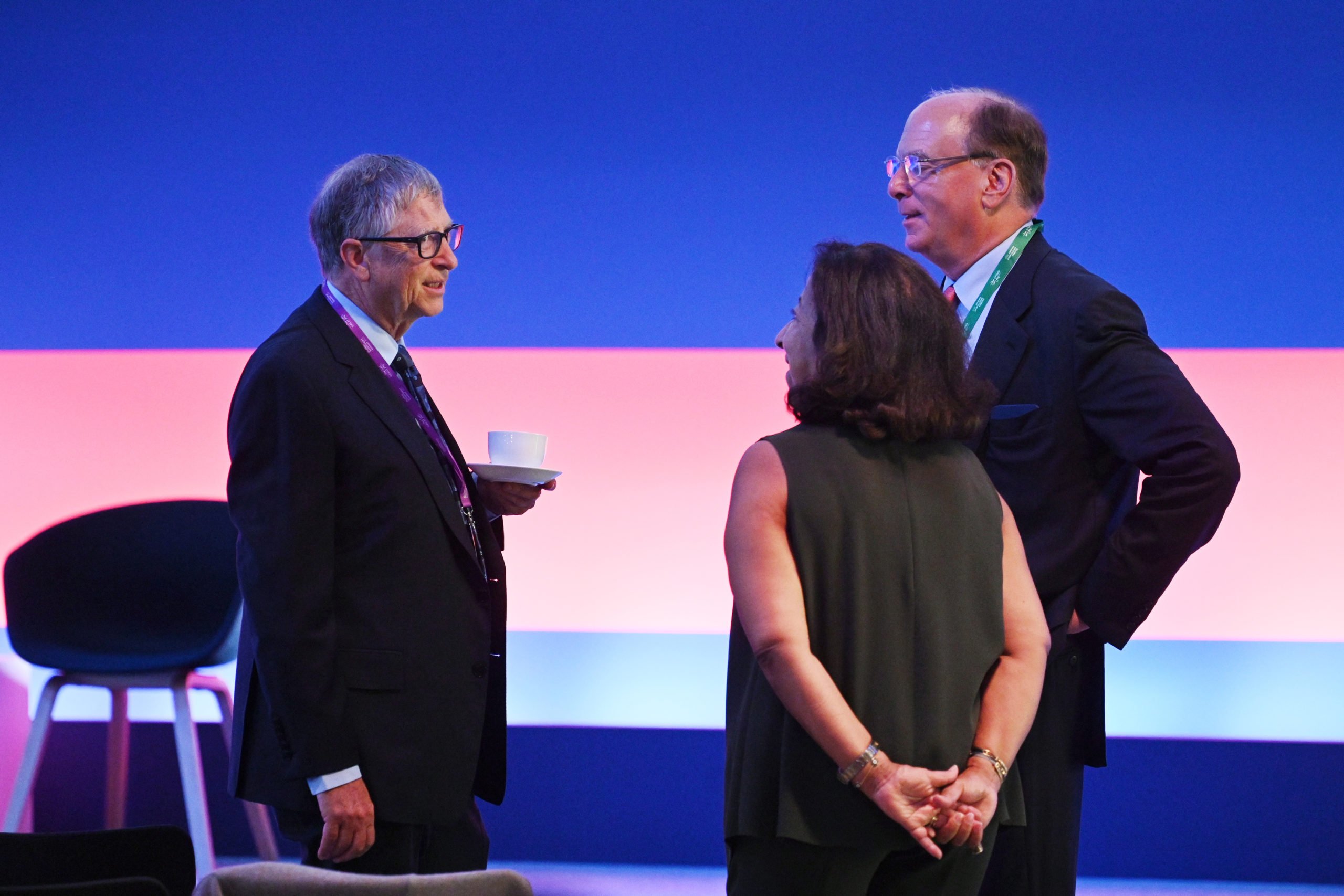 BlackRock followed up on its quarter-billion-dollar announcement with a $100 million contribution to Breakthrough Energy’s Catalyst Program in September 2021. Breakthrough Energy, a group of clean energy organizations founded by Bill Gates in 2015, will invest in technologies like direct air capture, green hydrogen, long-duration energy storage and clean aviation fuel through the Catalyst program.

“The transition to a net-zero world and creating a more sustainable future is the shared responsibility of every citizen, corporation and government,” Fink said after the investment was announced. “Mobilizing the $50 trillion in capital necessary to finance the global energy transition will require innovative new partnerships across the public, private and nonprofit sectors.”

“Our partnership with the Catalyst program represents a five-year philanthropic commitment to invest in cutting-edge science that will help bring vital clean energy solutions forward – at scale – to achieve the world’s decarbonization goals and mitigate the uneven impact of climate change on communities,” he said. (RELATED: Green Energy Push Is Contributing To Forced Labor, Slavery)

But BlackRock made a substantial investment in a $15.5 billion natural gas pipeline that will be operated by Middle Eastern fossil fuel company Saudi Aramco in December 2021. The firm led a consortium of investors that will hold a 49% stake in the project.

Overall, BlackRock manages around $10 trillion assets, according to its most recent earnings data. The company wields a tremendous amount of power on Wall Street, on Capitol Hill and in boardrooms across the world.