A French cannibal who murdered a farmer and ate his organs with a side of white beans escaped from a psych ward in Southern France on Wednesday, the New York Post reported.

Jeremy Rimbaud, 34, was serving a life sentence in the psychiatric hospital after murdering 90-year-old farmer Leopold Pedebidau in November 2011, the NYP reported. Rimbaud reportedly cut out Pedebidau’s tongue and heart and ate the organs with a side of beans. 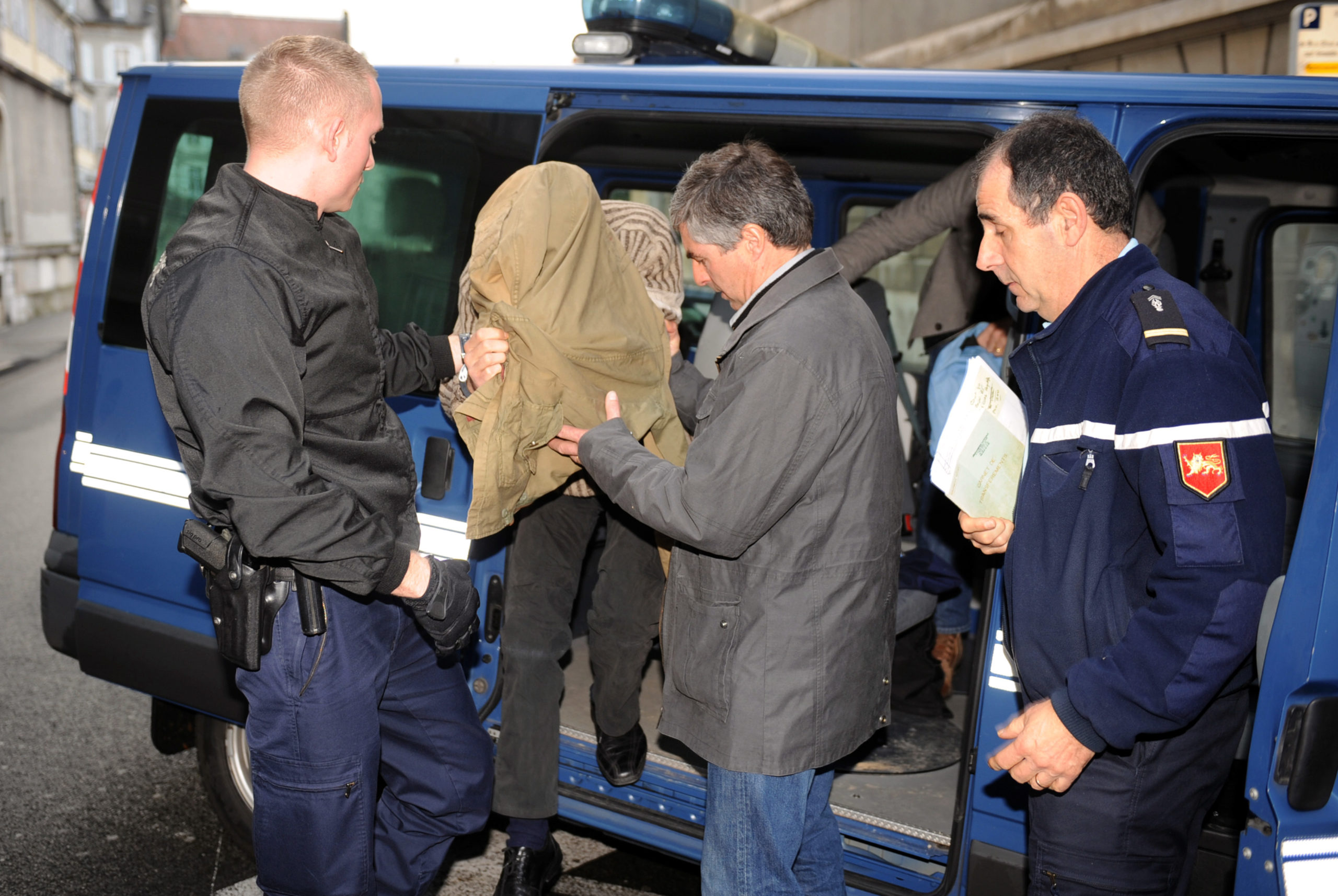 Jeremy Rimbaud (2nd L), the former soldier suspected of having eaten in November the heart and tongue of an eighty year old man in a village in the Pyrenees arrives for trial at the Pau courthouse on December 20, 2013 in Pau, southwestern France. (Photo credit GAIZKA IROZ/AFP via Getty Images)

Rimbaud also attacked a woman walking her dog and beat her with a stick after fleeing the psych ward, according to the NYP. He reportedly struck the woman until bystanders intervened and chased him off. (RELATED: REPORT: Murder Suspect Thought Eating Victim Could ‘Cure His Brain’)

“She was absolutely terrified,” a law enforcement source said, according to the NYP. “It was only later that she was told that she had been attacked by a known cannibal.”

Authorities apprehended Rimbaud shortly after he escaped and returned him to the hospital.

Rimbaud, a former soldier in Afghanistan, was diagnosed with schizophrenia and post-traumatic stress disorder after serving in the military, according to the NYP. Officials busted Rimbaud after he tried to kill a second farmer.

Officials have launched an official investigation to determine how Rimbaud was able to break out of the hospital, the NYP reported.