The Center for COVID Control has been reimbursed by the federal government up to $124 million after testing uninsured people. The company became the center of investigations when consumers filed dozens of complaints, such as receiving late or inaccurate test results and questions as to whether or not tests were really being performed, NBC News reported.

An FBI spokesperson confirmed the agency executed a “court authorized law enforcement activity in Rolling Meadows,” where the the company’s headquarters are located in Illinois, according to the outlet. (RELATED: Woman Spends Whole Flight In Bathroom After Testing Positive For COVID-19) 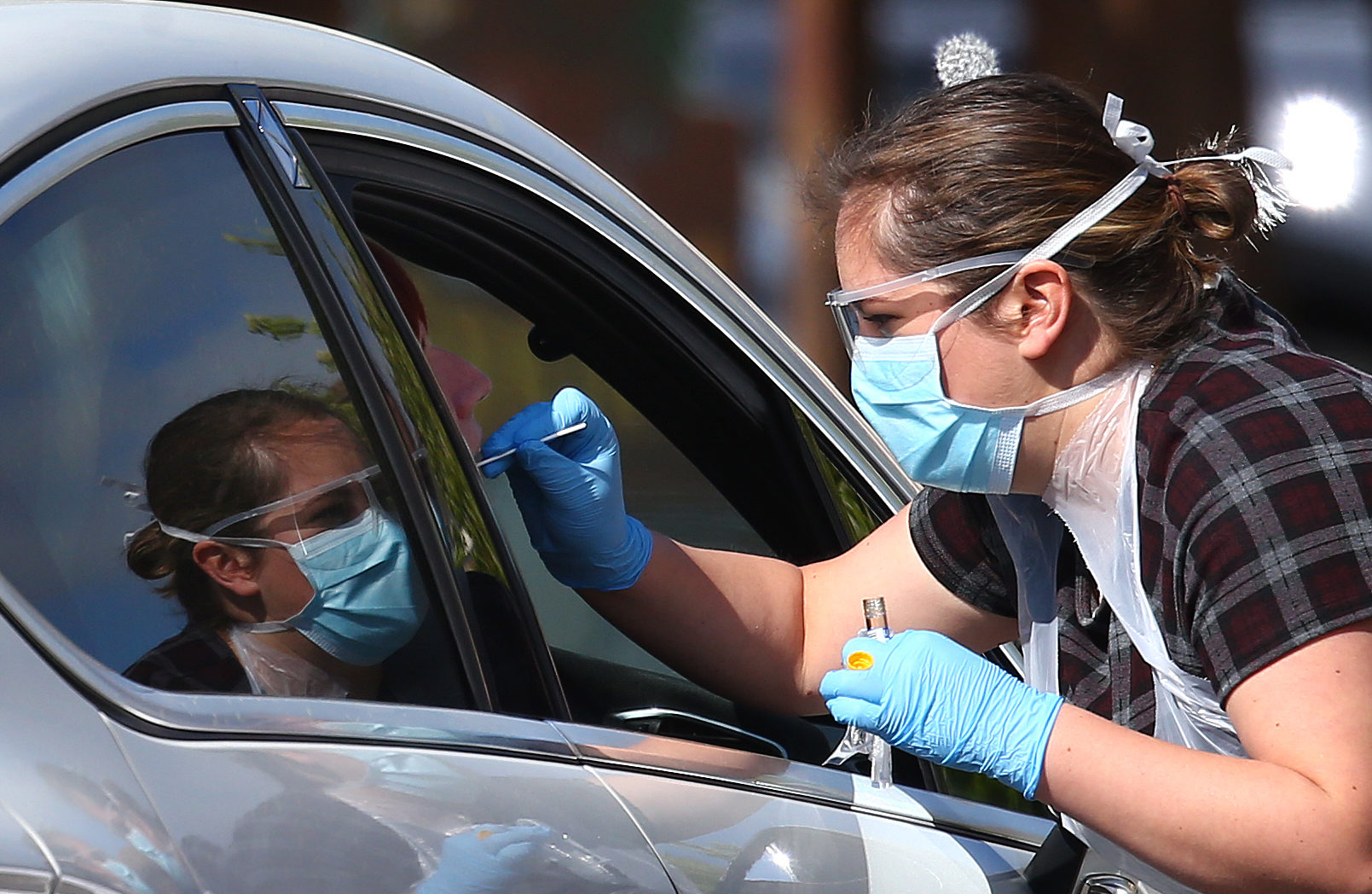 CHESSINGTON, ENGLAND – APRIL 25: A medical worker takes a swab at a drive-in COVID-19 testing centre at Chessington World of Adventures Resort theme park on April 24, 2020 in Chessington, United Kingdom. The British government has extended the lockdown restrictions first introduced on March 23 that are meant to slow the spread of Coronavirus (COVID-19). (Photo by Hollie Adams/Getty Images)

The federal agency, as well as several state attorneys general, have looked into Doctors Clinical Laboratory, a laboratory that is registered in public records under the same address as the Center for COVID Control. A spokesperson for the testing company said there is “no cross-ownership” between the two organizations, NBC News reported.

The laboratory has performed hundreds of thousands of COVID-19 PCR tests for the Center for COVID Control, the outlet reported.

“We are working with the FBI and other law enforcement partners and will not comment on ongoing investigations as we work to hold accountable individuals who engage in unlawful conduct,” a spokesperson for the Illinois attorney general said, according to NBC News.

Investigations were launched into the two companies in November by the Centers for Medicare and Medicaid Services after an inspection showed it had allegedly not properly labeled patients’ specimens, as well as other violations.