President Joe Biden will sign an executive order Wednesday outlining a series of ambitious steps the federal government must take to achieve net-zero emissions by 2050.

As part of the executive action, the plan calls for the federal government to use 100% emissions-free electricity by 2030 — five years earlier than Biden’s goal for the entire U.S. grid — and for every addition to its vehicle fleet to be electric by 2035, according to a White House fact sheet. Overall, federal emissions will be cut 65% by 2030 and 100% by 2050 under the order.

“Today’s executive action is a part of the President’s broader commitment to increasing investments in America’s manufacturing industries and workers to build back our country better,” the White House said in an announcement. (RELATED: Buttigieg Says Americans Should Buy Electric Cars So They ‘Never Have To Worry About Gas Prices Again’)

Biden’s order also directs the federal government to build a “sustainability-focused” labor force, advance “environmental justice” and prioritize the purchase of products with fewer harmful toxins like perfluoroalkyl or polyfluoroalkyl.

The order affects the government’s entire portfolio of 300,000 buildings, 600,000 cars and trucks and annual purchasing power of $650 billion in goods and services, the White House said. 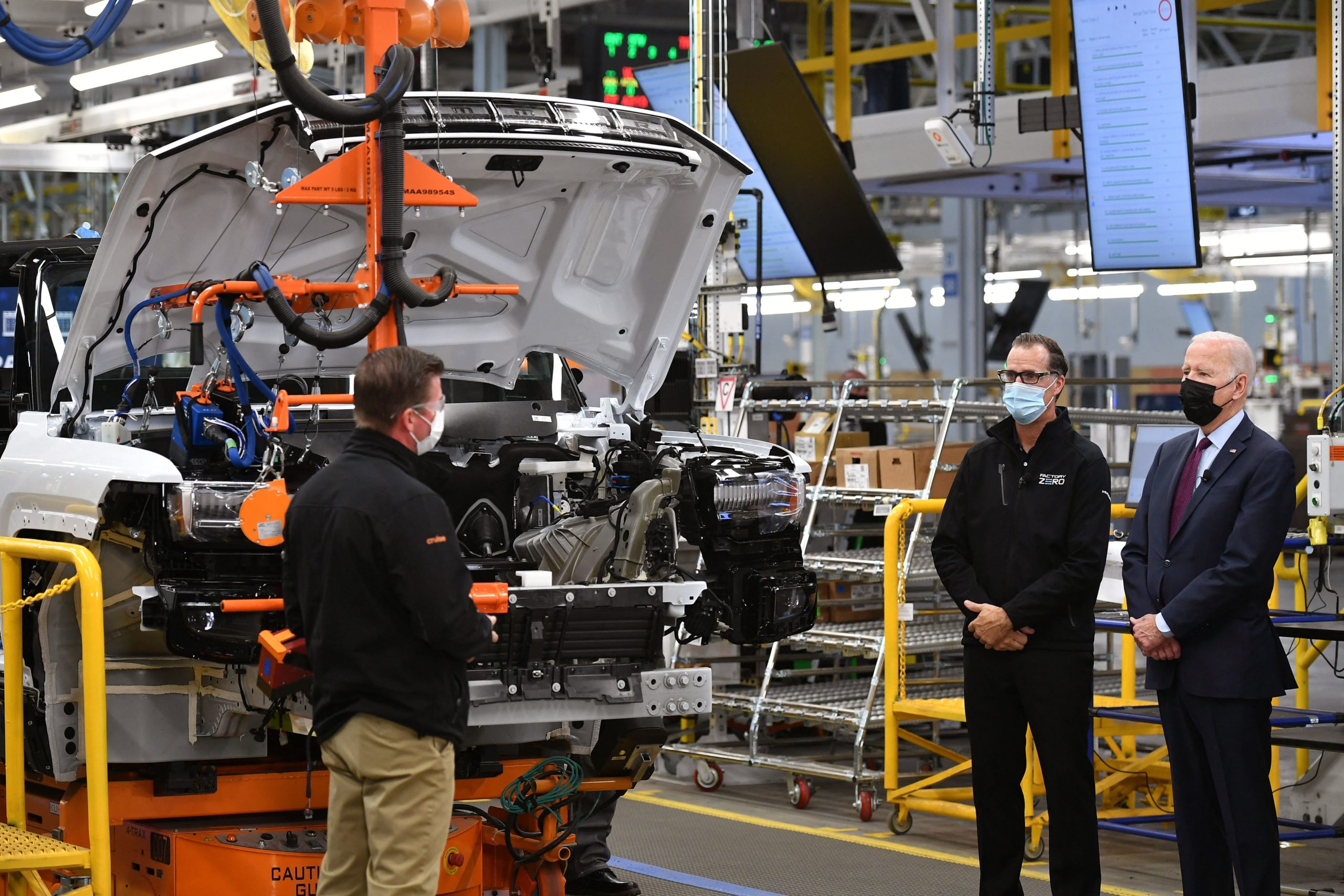 “This is what climate action looks like,” Democratic Colorado Sen. Michael Bennet tweeted following the order. “It’s time for the federal government to lead by example as we work to transition to a clean energy economy, achieve net-zero emissions, and rise to the moment in our fight against climate change.”

The White House highlighted some of the actions federal agencies have already taken in preparation for the transition to clean energy in the announcement, including the U.S. Park Police’s transition to electric vehicles and the Department of Homeland Security’s planned field testing of electric Ford Mustangs for patrol use. In 2022, the Department of Defense will complete a massive solar project in California, adding 520 megawatts of energy to the grid and the nation’s largest 100% clean energy microgrid with an industrial battery system in Hawaii.

However, the executive order failed to shed light on how the U.S. military, which is among the world’s leading sources of carbon emissions, as a whole would transition to renewable energy. The military emitted roughly 1.2 billion metric tons of greenhouse gases between 2001-2017, the equivalent of 257 million passenger cars, according to Brown University’s Costs of War project. (RELATED: Renewable Energy Experts Cast Doubt On Biden’s Wind Power Plans)

“President Biden’s latest attack on American energy workers is outrageous and disgraceful,” Senate Energy and Natural Resources Committee Ranking Member John Barrasso said in a statement. “With this action, he’s telling millions of Americans who provide most of the energy we use every day that he thinks they should be thrown out of work. What’s worse, he wants to use the power of the federal government to do it.”

“This is not build back better – it’s another backbreaking move to build bigger bureaucracy,” the Wyoming Republican said.