The Chinese government set up community centers meant to transform its people into model citizens loyal to the Communist Party, The Wall Street Journal reported.

Approximately 100,000 of these facilities were rolled out over the past four years as part of a nationwide propaganda campaign to insert the party into the daily lives of Chinese people, the WSJ reported. The centers, called New Era Civilization Practice Centers, mix instruction on party ideology with a variety of cultural activities and volunteer work.

The activities vary widely depending on the area, with one center in an affluent neighborhood offering cooking classes and introductions about the latest drone technology, while another in the impoverished mountains teaches about thrifty spending habits, the WSJ reported. 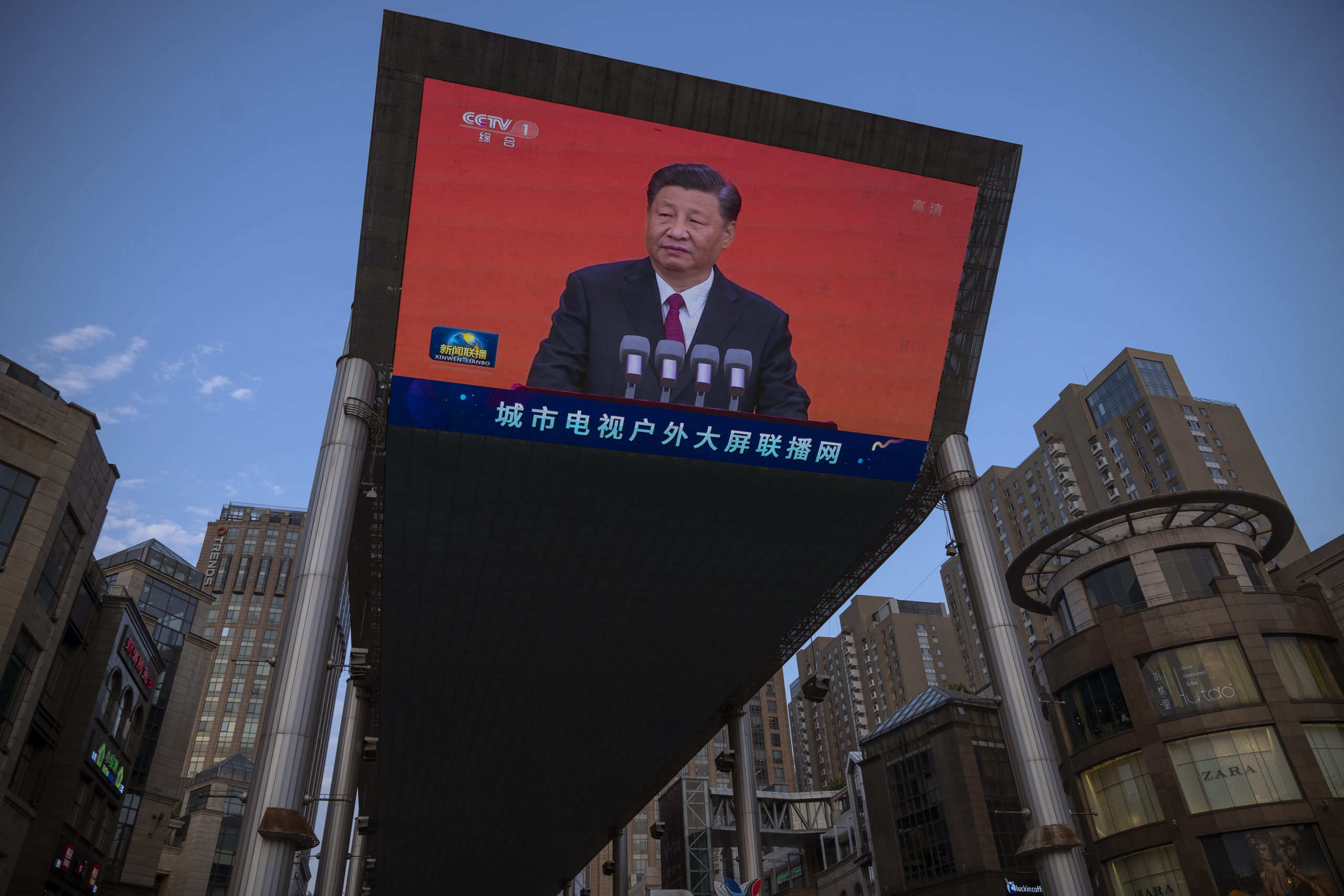 Chinese President Xi Jinping is seen on a big screen showing the Chinese state television CCTV evening news as the city gets ready for the upcoming centenary of the Communist Party of China on June 30, 2021 in Beijing, China. (Photo by Andrea Verdelli/Getty Images)

The effort is an attempt by the Chinese government to convince its citizens of its generosity, thus “restoring an intimacy between ‘the masses’ and their rulers that decades of economic liberalization have worn thin,” ChinaFile, an online magazine run by the New York-based nonprofit Asia Society, said in a report published Monday. (RELATED: Peng Shuai T-Shirt Ban Reversed At Australian Open After Backlash)

“It’s like when missionaries go and set up a school,” Jessica Batke, a senior editor at ChinaFile, told the WSJ. “Maybe they’re not explicitly teaching about religion, but the goal is for people to think: ‘This benefit is coming to me from someone associated with that religion, and maybe I should take more of an interest in it.'”

Polls have shown that Chinese citizens are less interested in politics than they once were, Dimitar Gueorguiev, an assistant professor of political science at Syracuse University who studies political participation in China, told the WSJ. This shift is attributable to China’s success in becoming a stable country, but it has left the ruling party with a smaller role, Gueorguiev said.

“The problem is you can’t really will people into being engaged,” he said.