Security staff asked spectators Friday to remove t-shirts and a banner that asked “Where is Peng Shuai?” BBC News reported. Peng disappeared from public life in November 2021 after accusing a former top Chinese official of sexual assault, only reemerging after public outcry and denying she ever made her comments at all.

Craig Tiley, chief executive of Tennis Australia, told reporters that those in the audience would be allowed to wear clothing expressing support as long as there was no “intent to disrupt” and they were “peaceful,” BBC News reported.

“If someone wants to wear a T-shirt and make a statement about Peng Shuai, that’s fine,” Tiley said, according to The Sydney Morning Herald. Banners, however, will continue to be prohibited because “it really takes away from the comfort and safety of the fans.”

Tennis Australia previously told BBC News it had a “longstanding policy of not allowing banners, signs or clothing that are commercial or political.” (RELATED: Tennis Star Peng Shuai’s Safety Is Impossible To Prove, Experts Say) 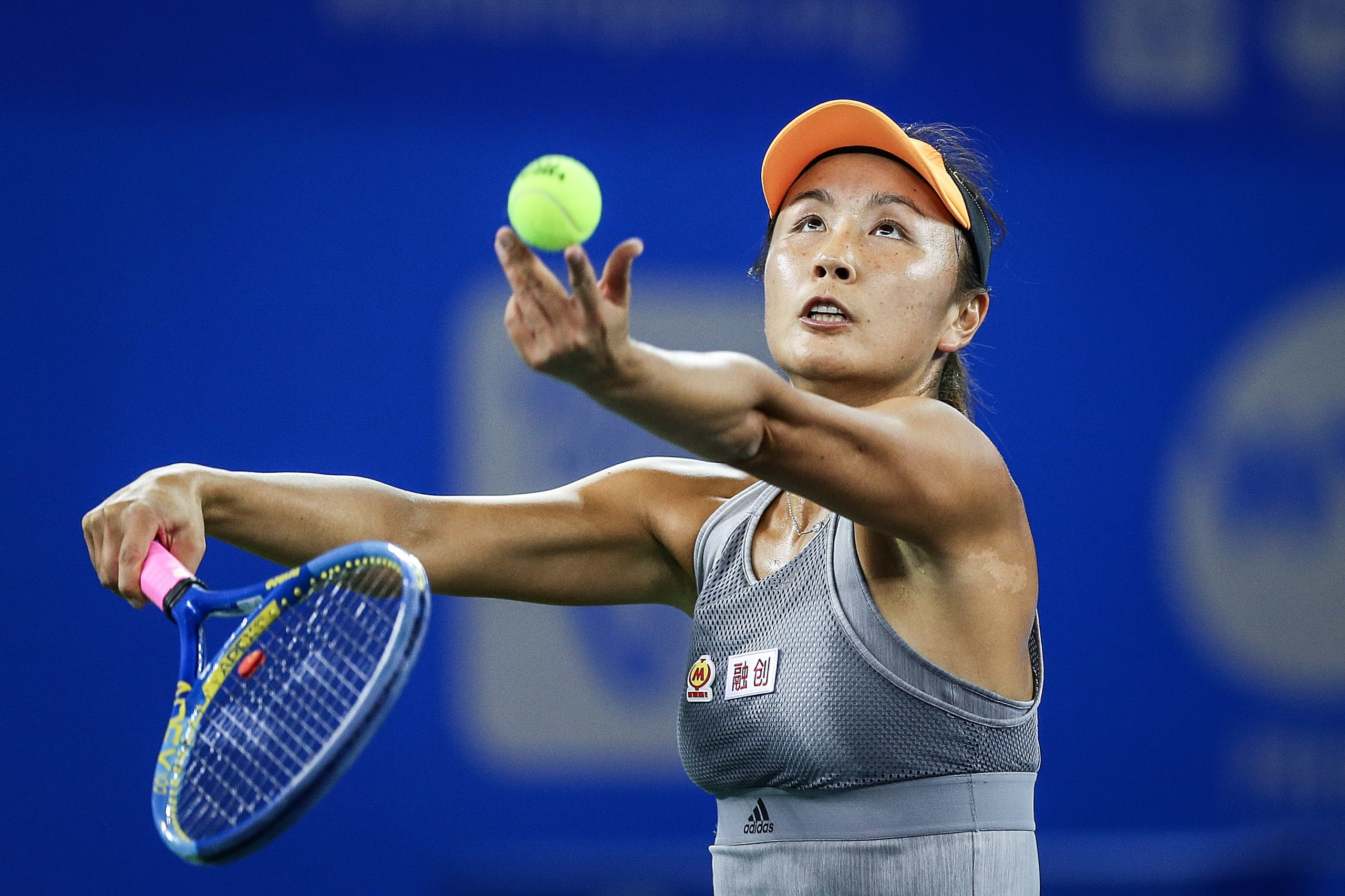 Peng Shuai of China severs during the match against Garbine Muguruza of Spain on Day 2 of 2019 Dongfeng Motor Wuhan Open at Optics Valley International Tennis Center on September 23, 2019 in Wuhan, China. (Photo by Wang He/Getty Images)

The decision to ban the attire was met with intense criticism internationally, with even Australia’s defense minister, Peter Dutton, calling the move “deeply concerning,” BBC News reported. “I think we should be speaking up about these issues, and I’d encourage… tennis organisations, including Tennis Australia [to do so],” Dutton said.

Dutton praised the decision made by the Women’s Tennis Association (WTA) to pull all of its tournaments from China in response to concerns over Peng’s safety, BBC News reported.

“Unfortunately, the leadership in China has not addressed this very serious issue in any credible way. While we now know where Peng is, I have serious doubts that she is free, safe and not subject to censorship, coercion and intimidation,” WTA Chairman and CEO Steve Simon said in a December statement.

“As a result, and with the full support of the WTA Board of Directors, I am announcing the immediate suspension of all WTA tournaments in China, including Hong Kong,” Simon said.