The speech, delivered at the Ronald Reagan Presidential Library, coincides with the upcoming 2022 Winter Olympics being held in Beijing, China. President Joe Biden announced a diplomatic boycott of the games because of human rights abuses and more, and there have been warnings issued to U.S. athletes regarding their safety.

Wray, according to a copy of his remarks obtained by the Associated Press, warned that “no country … presents a broader threat to our ideas, innovation, and economic security than China.” (RELATED: Nikki Haley, James Risch Slam China, Warn Olympic Athletes Of Authoritarian Actions)

“The harm from the Chinese government’s economic espionage isn’t just that its companies pull ahead based on illegally gotten technology,” Wray said, according to the AP. “While they pull ahead, they push our companies and workers behind. That harm — company failures, job losses — has been building for a decade to the crush we feel today. It’s harm felt across the country, by workers in a whole range of industries.”

“I want to focus on it [the threat from China] here tonight because it’s reached a new level — more brazen, more damaging, than ever before, and it’s vital — vital — that all of us focus on that threat together,” Wray added.

Athletes competing at the Winter Olympics have been warned by Human Rights Watch to “stay silent” on China’s abuses, BBC reported. Athletes could face “certain punishment” if they say anything “against Chinese laws and regulations,” Beijing’s 2022 International Relations Department deputy director vowed. 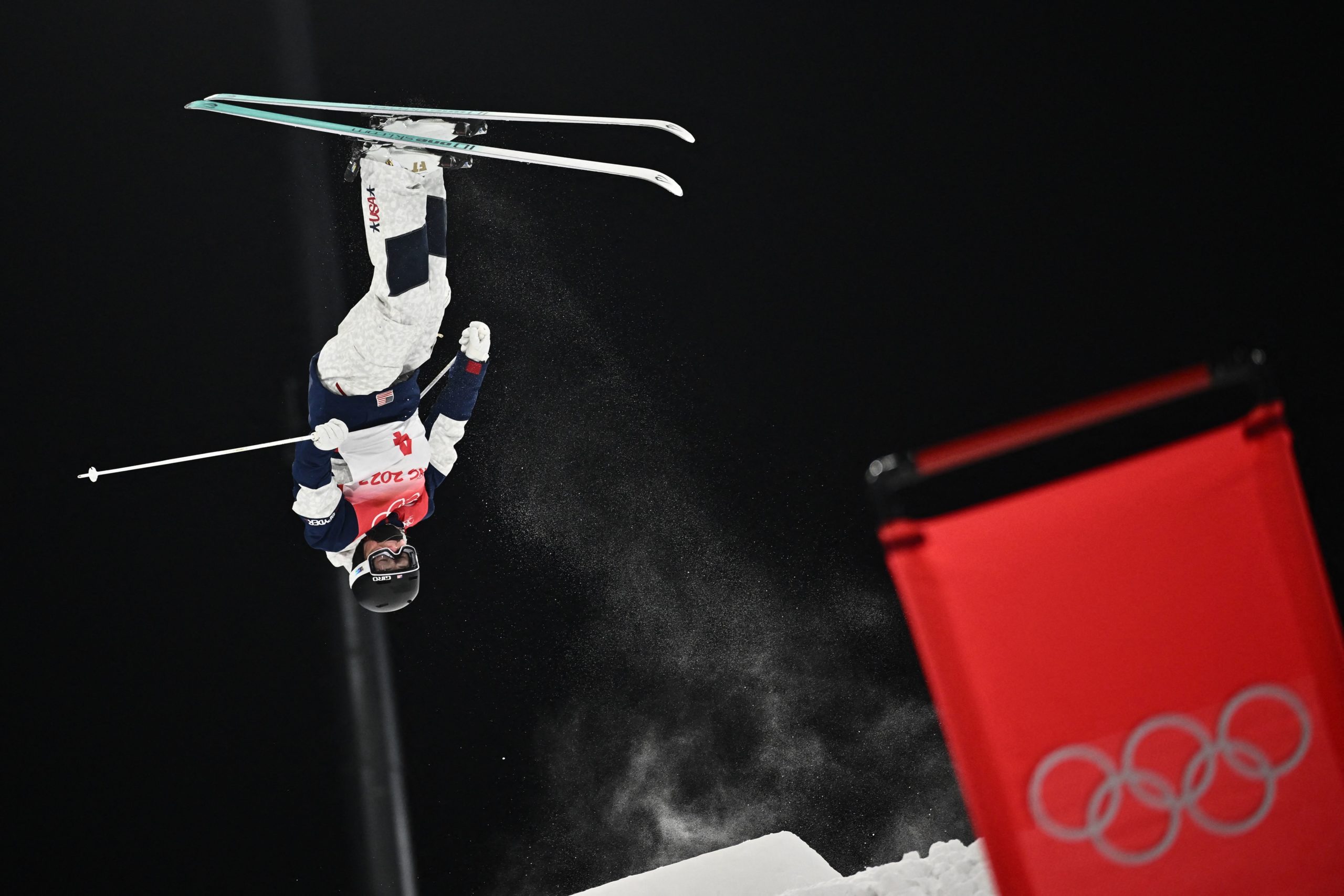 An athlete fromt the USA takes part in a Women’s freestyle skiing moguls practice session at Genting Snow Park in Zhangjiakou on February 1, 2022, ahead of the Beijing 2022 Winter Olympic Games. (Photo by MARCO BERTORELLO/AFP via Getty Images)

The FBI also suggested U.S. athletes leave their phone at home and instead use temporary ones while competing.

“The FBI urges all athletes to keep their personal cell phones at home and use a temporary phone while at the Games,” the FBI wrote, according to BBC.

White House press secretary Jen Psaki told reporters Monday that the administration is “very focused on the safety of American athletes” at the upcoming Olympics.

“In terms of athletes, we do everything possible to work in coordination with the U.S. Olympic Committee,” Psaki said. “We’re providing consular and security services to our athletes, coaches, trainers, and staff, as we do for all U.S. citizens overseas.”

“Additionally, we expect the PRC to ensure the safety and wellbeing of our athletes,” the press secretary continued, noting the athletes have their “full support.”