Maryland state delegates drafted legislation to create an “advisory council” that would “gather information” on the needs of homeschool parents, schools and students.

State Delegate Sheila Ruth, a former homeschooled student, introduced legislation for the “Maryland Homeschool Advisory Council” that would “gather information on the needs of homeschool parents and homeschool umbrella schools,” according to the bill’s text.

Some homeschoolers, parents, lawmakers and the Home School Legal Defense Action (HSLDA) believe that the legislation may “increase government overview of families and identify possibilities for regulation.”

HSLDA attorney Dan Beasley told the Daily Caller that the bill is “well-intentioned,” but “doesn’t provide sufficient safeguards” to stop “future regulation” of homeschooled children and, potentially, curriculums. The bill itself does not give the state’s education department more authority, though it does create a “bureaucratic entity” that acts as an “official voice on homeschooling,” Beasley said.

Parents are also nervous that their voices “could be minimized in the future” by creating an official voice for homeschooled children in the government.

“[The legislation] opens the door for things we don’t want to be required because the department may listen to the council instead of [parents],” Beasley said. “Homeschooling thrives in environments with liberty … and the idea of creating an official voice is flawed.”

Other lawmakers opposed to the bill drafted a letter to Ruth insisting that the bill would cause more harm than good. (RELATED: Democratic State Rep Faces Backlash For Saying Parents Need To Pay Up To ‘Have A Say’ In Their Child’s Education)

“This advisory board will instead concentrate the power into the hands of just a few partisan political appointees,” the letter reads, in part. “Adding a layer of bureaucracy to the legislative process of reviewing regulatory changes is absolutely not necessary and will hurt the community we know you are seeking to help.” 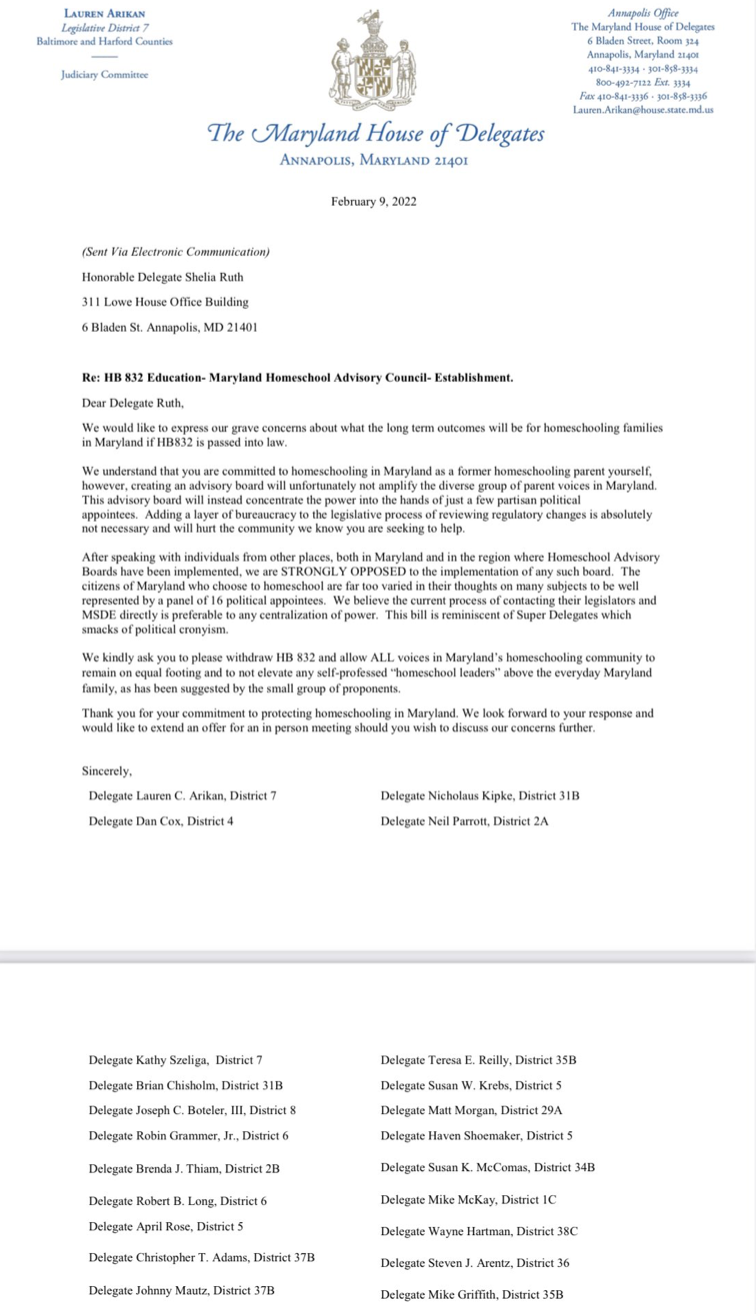 Homeschooling parents created a Change.org petition targeting the bill. It has garnered over 2,000 signatures at the time of publication.

Ruth did not respond to the Daily Caller’s request for comment.