Republican Oklahoma Sen. Jim Inhofe will reportedly announce his retirement from the Senate before March, which could cause a special election for someone to take the seat in November.

Reports say Inhofe, 87, will be retiring in the coming days, according to Politico. His retirement would likely cause a competitive special election in the largely red state. Inhofe is reportedly expected to announce his retirement Monday, but will serve until the end of the current Congress. 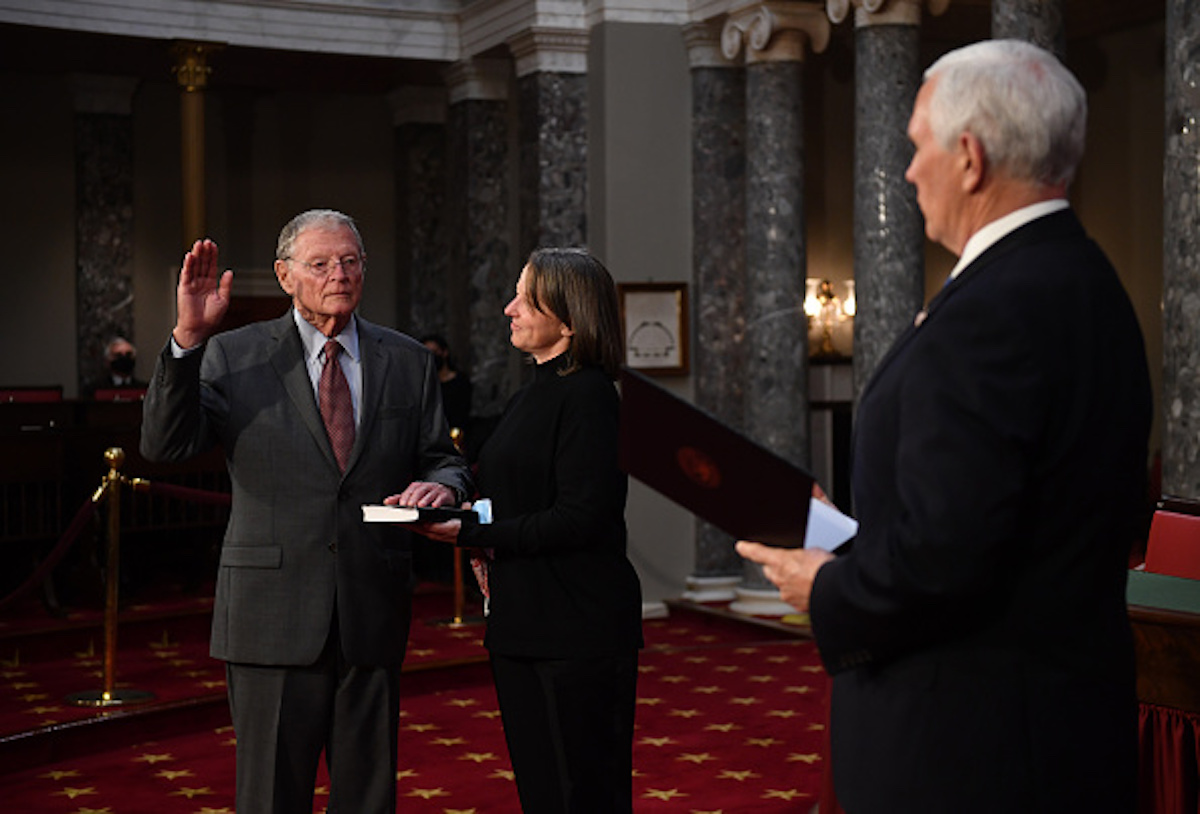 Sen. Jim Inhofe (R-OK) participates in a mock swearing-in for the 117th Congress with Vice President Mike Pence, as his wife Kay Inhofe holds a bible, in the Old Senate Chambers at the U.S. Capitol Building January 3, 2021 in Washington, DC. (Photo by Kevin Dietsch-Pool/Getty Images)

The Oklahoma Republican was elected to the Senate in 1994 and has served as the ranking member of the Senate Armed Services Committee. He was elected in 2020 for another six-year term, but in December told reporters that his wife has been sick, according to Politico. (RELATED: Jim Inhofe Rails Against Abortion With Bible Verses Ahead Of March For Life)

If Inhofe does retire, there are reportedly a number of Republicans who are being looked at as potential candidates. Politico reported that Republican Oklahoma Gov. Kevin Stitt, Oklahoma Lt. Gov. Matt Pinnell, former Oklahoma House Speaker T.W. Shannon, and a few others would consider running for the seat.

The Daily Caller contacted Inhofe’s office about the reports, but did not immediately receive a response.