The CPI reached another four-decade high throughout February, with prices increasing nearly 8% on a year-over-year basis, the BLS reported Thursday. Economists surveyed by The Wall Street Journal projected the index to have grown just 7.8%. 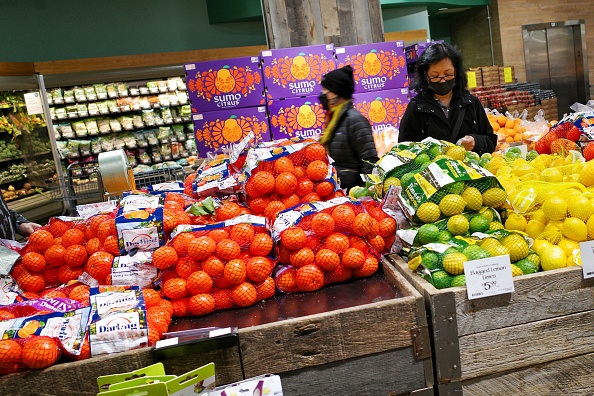 Shoppers are seen inside a supermarket in Chevy Chase, Maryland on February 17, 2022. (Photo by MANDEL NGAN/AFP via Getty Images)

Economists projected inflation would ease in the spring, when the Federal Reserve begins its interest rate hikes, but Russia’s invasion of Ukraine has threatened higher prices, especially in energy, wheat and precious metals, the WSJ reported.

“We thought that inflation would come down, especially due to the untangling of the global supply chain, but we don’t know how what’s happening in Ukraine will re-tangle that,” Joel Naroff, chief economist at Naroff Economics LLC, told the WSJ.

Federal Reserve Chairman Jerome Powell expects the central bank to raise rates by one-quarter of a percentage point after its March 15-16 meeting, according to the WSJ.

“I do think it’s going to be appropriate for us to proceed along the lines we had in mind before the Ukraine invasion happened,” Powell said, the WSJ reported. “In this very sensitive time at the moment, it’s important for us to be careful in the way we conduct policy simply because things are so uncertain and we don’t want to add to that uncertainty.”