The average price of gasoline surged to the highest level ever recorded in the U.S. on Monday as the White House scrambled to negotiate increased global oil production.

The nationwide average price at the pump hit $4.104 per gallon, the highest level in U.S. history, according to energy analytics firm GasBuddy which tracks gasoline costs. The previous record was set in 2008, prior to the Great Recession and housing crisis.

In addition, the price of diesel fuel reached $4.63 per gallon on Monday, and it is set to break its record within two weeks, GasBuddy data showed. The 49.1-cents per gallon spike over the last seven days represented the largest one-week spike since Hurricane Katrina upended domestic supplies in 2005. (RELATED: Stock Market Sinks, Oil Tops $130 As West Considers Russian Energy Sanctions)

“Americans have never seen gasoline prices this high, nor have we seen the pace of increases so fast and furious,” Patrick De Haan, GasBuddy’s head of petroleum analysis, said in a statement. “That combination makes this situation all the more remarkable and intense, with crippling sanctions on Russia curbing their flow of oil, leading to the massive spike in the price of all fuels: gasoline, diesel, jet fuel and more.” 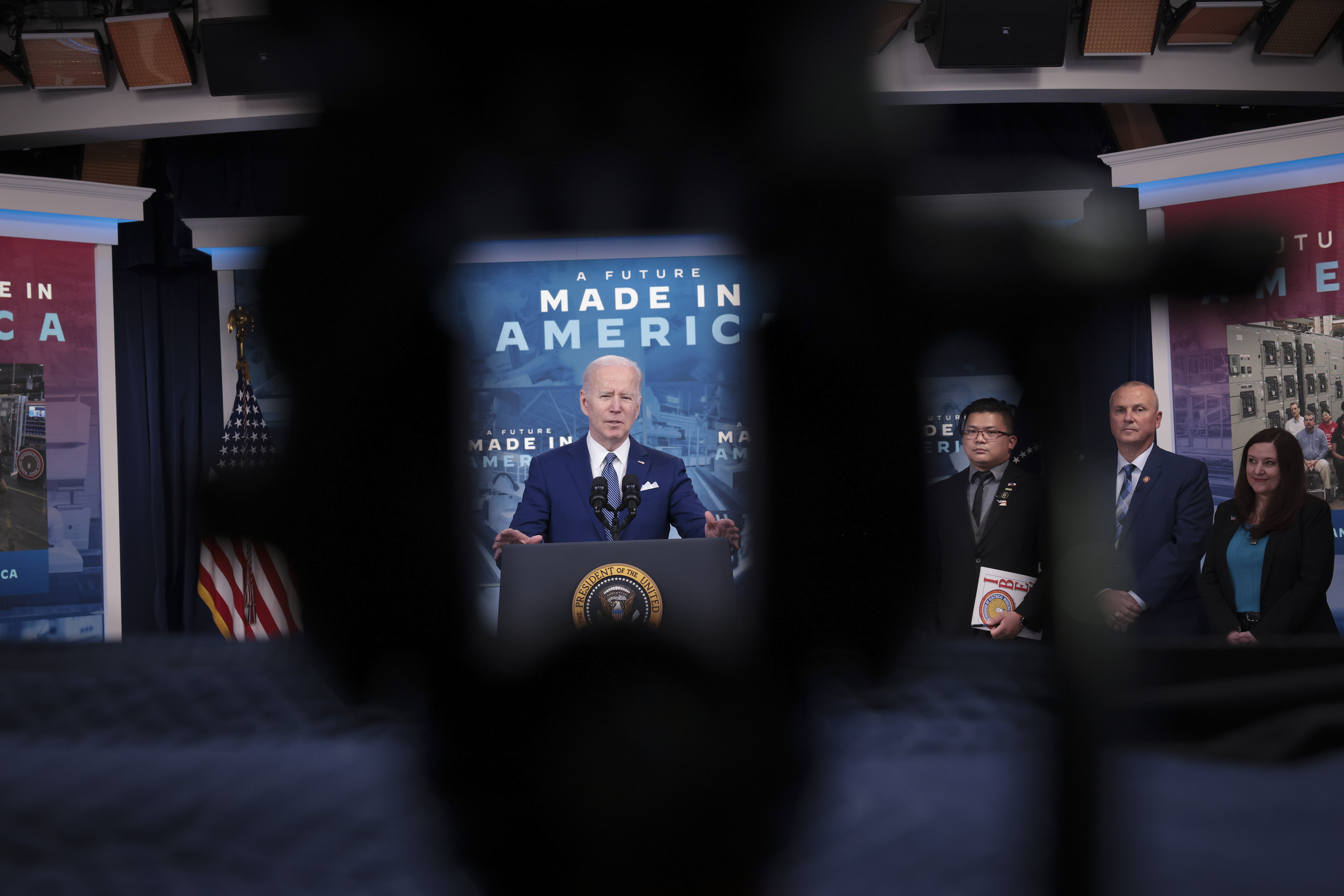 President Joe Biden speaks during an event at the White House on Friday. (Win McNamee/Getty Images)

“It’s a dire situation and won’t improve any time soon. The high prices are likely to stick around for not days or weeks, like they did in 2008, but months. GasBuddy now expects the yearly national average to rise to its highest ever recorded,” De Haan said.

Meanwhile, the White House has mulled reversing years of foreign policy and turning to Iran, Venezuela and Saudi Arabia for more oil production.

The administration is also under significant pressure from dozens of lawmakers on both sides of the aisle to ban Russian oil imports. But President Joe Biden has thus far avoided such a measure, explaining that it would primarily harm American consumers.

“It’s shocking, actually, because we have the ability, in the United States, to completely fulfill all the Russian oil imports that are coming into the United States with domestic production,” Republican North Dakota Gov. Doug Burgum told Fox Business on Monday. “North Dakota alone, we’re operating at 400,000 barrels per day below what we were prior to the pandemic. That can easily be turned back on again.”

“The idea that we are talking with authoritarian regimes, Venezuela and Iran, to try to increase production … it’s absolutely absurd,” Burgum said.