President Joe Biden and his son Hunter Biden were among those included in Russia’s sanctions package Tuesday.

The sanctions prohibit several U.S. top officials from entering Russia, including former presidential candidate Hillary Clinton, and were taken as a “response measure” to U.S. sanctions on Russia.

Hunter Biden was a board member of Ukrainian natural gas company Burisma Holdings until 2019, but the reason behind his inclusion on the list is unclear. 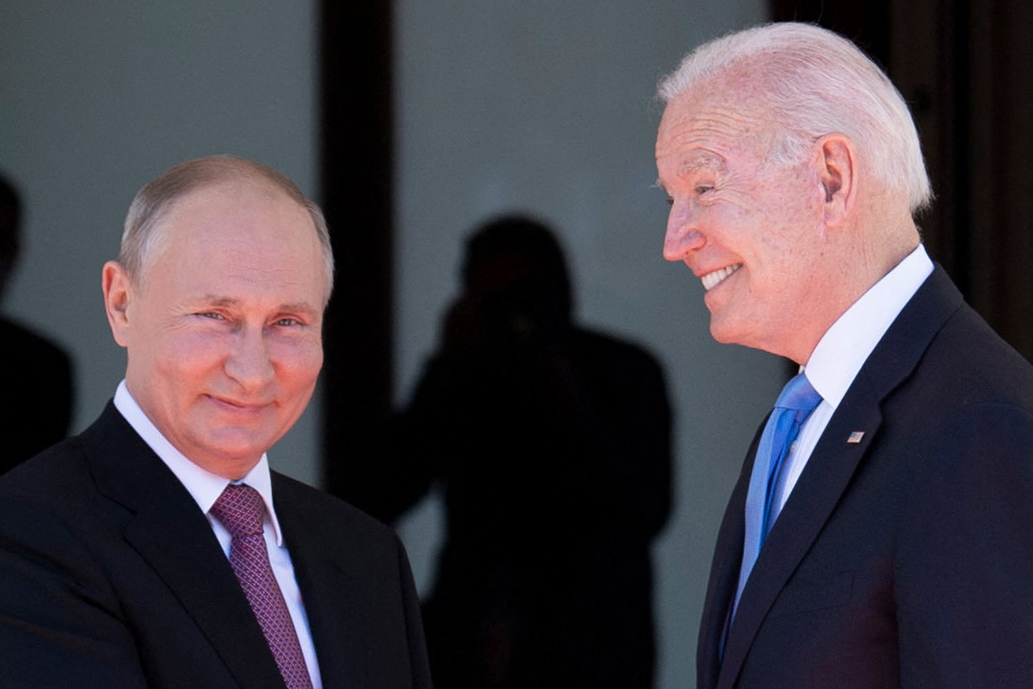 TOPSHOT – Russian President Vladimir Putin (L) shakes hands with US President Joe Biden prior to the US-Russia summit at the Villa La Grange, in Geneva on June 16, 2021. (Photo by BRENDAN SMIALOWSKI/AFP via Getty Images)

“This step, taken as a response measure, is the inevitable result of the extreme Russophobic policy of the current US Administration, which, in a desperate attempt to maintain American hegemony, has abandoned any sense of decorum and placed its bets on the head-on containment of Russia,” the statement from the Russian Ministry of Foreign Affairs said. (RELATED: Russia Threatens To Jail Western Business Leaders, Seize Company Assets: REPORT)

“More announcements will be made soon concerning the expansion of the sanctions list to include other top US officials, military leaders, lawmakers, business executives, experts and media personalities who promote Russophobia or contribute to inciting hatred of Russia or imposing restrictive measures,” the statement continued.

The Biden administration has banned U.S. imports of Russian oil, and has targeted top Russian officials and oligarchs with sanctions. Russian President Vladimir Putin is included on the U.S. sanctions list, which includes the freezing of assets and a travel ban.