Amazon plans to go on the offensive against the Amazon Labor Union (ALU) following its successful bid to unionize Amazon workers on April 1 in New York City, according to legal documents filed with the National Labor Relations Board (NLRB).

Amazon intends to appeal the Amazon Labor Union’s victory in a 55% majority vote at a Staten Island, New York City warehouse to unionize the facility’s workers. The company argues that labor groups influenced the outcome of the vote.

“Amazon’s objections are anticipated to be substantial, both in the number of objections and the scope of the conduct to which the Company plans to object,” the company said in the filing. 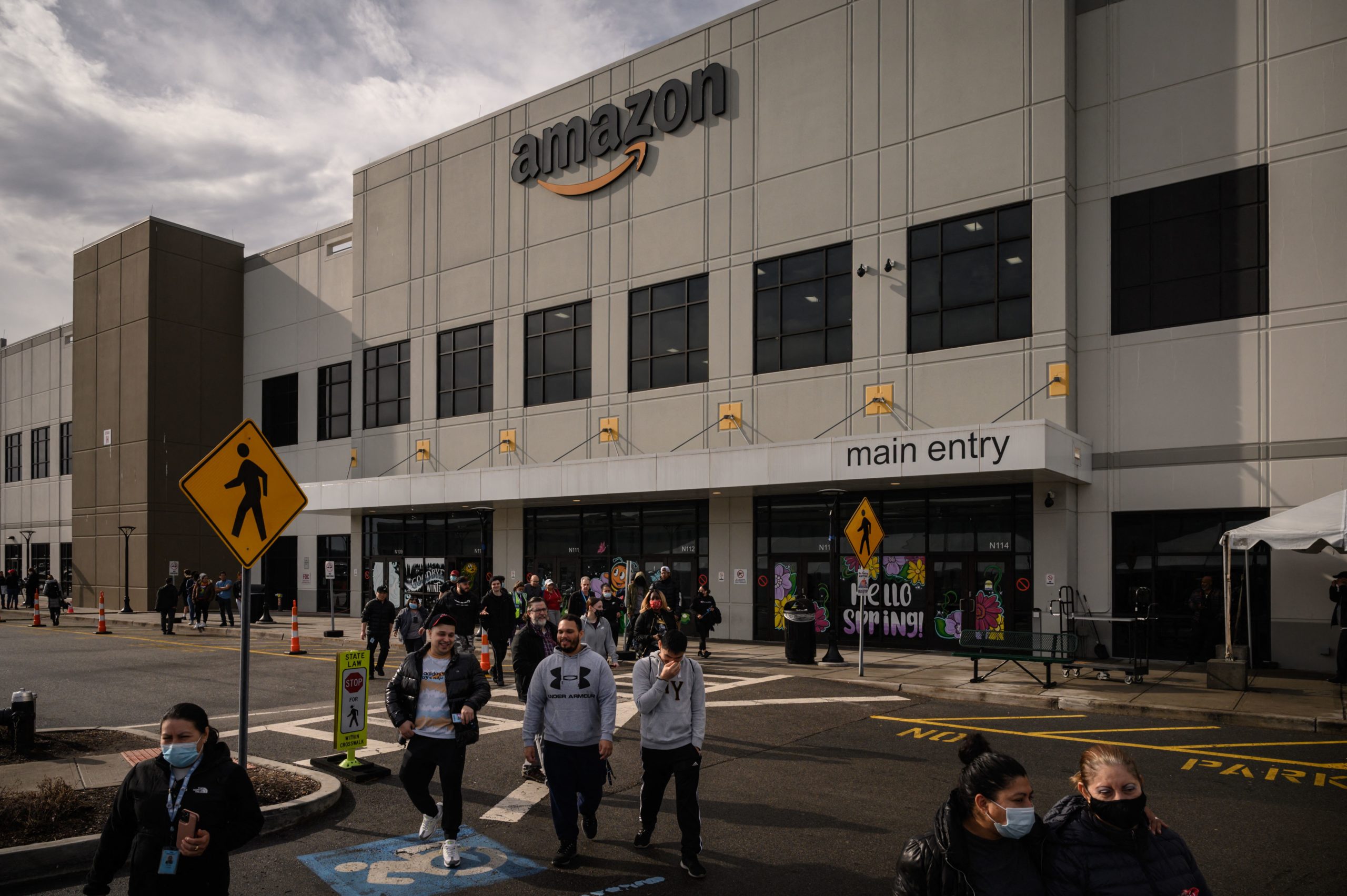 Workers walk to cast their votes over whether or not to unionize, outside an Amazon warehouse in Staten Island on March 25, 2022. (Photo by ED JONES/AFP via Getty Images)

Amazon alleges the ALU bullied workers into voting for unionization and blames the NLRB for voter suppression. The NLRB reportedly scheduled voting periods that caused long wait times which restricted some to cast a vote, according to The Wall Street Journal. (RELATED: Amazon Unionization Has Corporate America Terrified)

“None of this is true, and it’s just a tactic for them to delay our certification,” ALU’s vice president of membership Connor Spence told the WSJ, adding that the group expects the labor board to dismiss Amazon’s claims. Amazon has until April 22 to present proof of their allegations for its appeal.

Amazon is also targeting the NLRB’s handling of the firing of Gerald Bryson, a former Staten Island factory employee who was let go in 2020 after he took part in a COVID-19 related protest, the WSJ reported. Amazon said that Bryson violated the company policies regarding harassment and language towards other workers during the protest, while Bryson claimed he was wrongfully fired.

The ALU and Amazon did not immediately respond to the Daily Caller News Foundation’s request for comment.