“We can’t ignore what is happening in the country as it relates to companies throughout the country being assaulted, in many ways, by the threat of unionization,” Starbucks interim chief executive officer Howard Schultz, said Monday.

“We’re disappointed with the outcome of the election in Staten Island because we believe having a direct relationship with the company is best for our employees,” Amazon said in a statement. “We’re evaluating our options, including filing objections based on the inappropriate and undue influence by the NLRB that we and others (including the National Retail Federation and U.S. Chamber of Commerce) witnessed in this election.”

The labor victory, which received nearly no backing from traditional labor institutions, enthused workers across the country with nearly 50 additional Amazon buildings reaching out to the labor union, Axios reported.

“It has electrified all our members and organizing leaders,” said Mary Kay Henry, the president of the 2 million-member Service Employees International Union (SEIU), according to Axios.

Workers at an Amazon warehouse located near Smalls’ building, along with a group of AmazonFresh employees who were inspired by workers at the Staten Island warehouse, will both vote to unionize, Seth Goldstein, the lawyer for the Amazon Labor Union, told Axios. 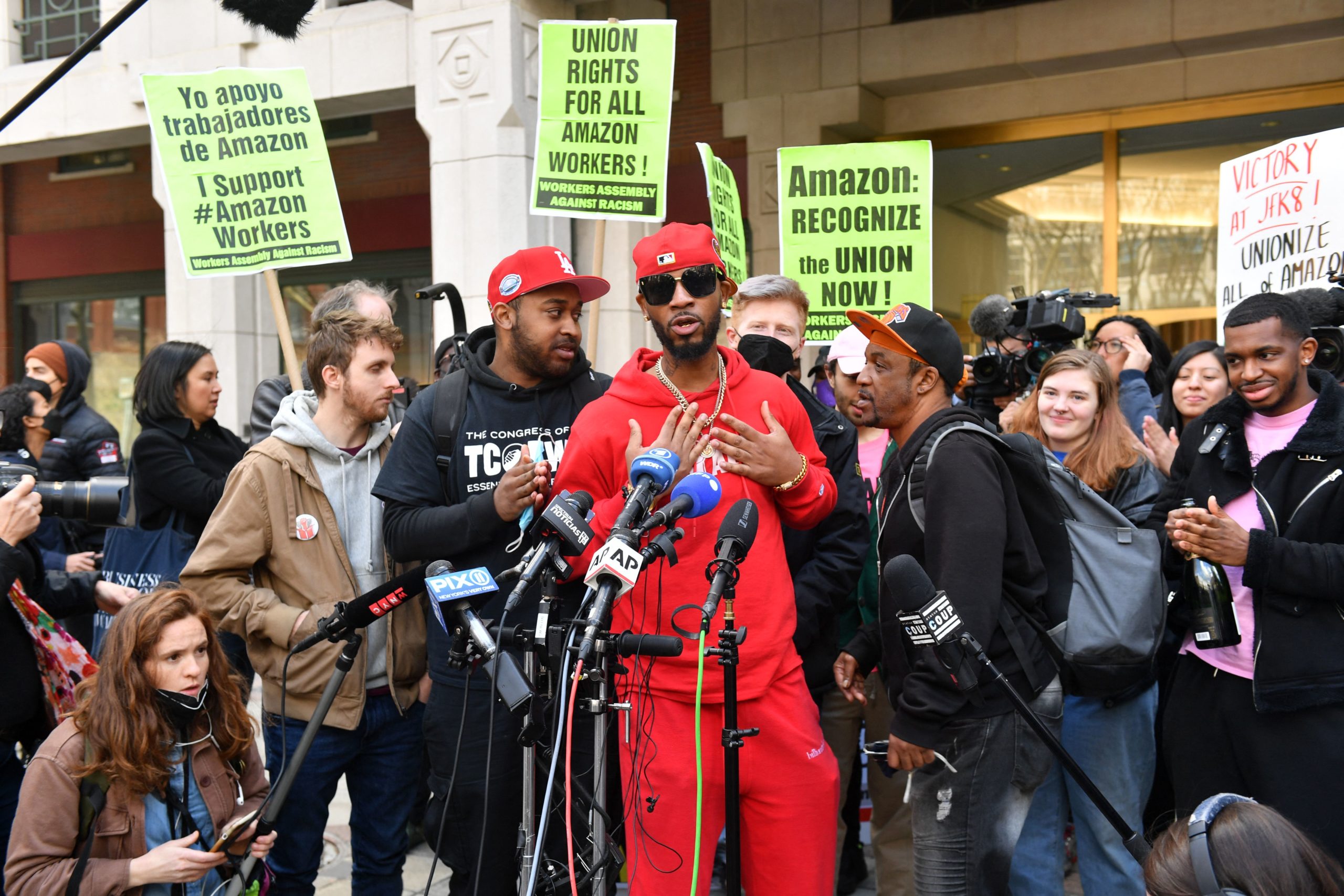 Amazon’s handling of a tornado in Illinois that killed six people, as well as a leaked memo from Amazon calling Smalls “not smart, or articulate,” also contributed to the movement to unionize, Axios reported.

“There were just a lot of things that really, you know, make you wonder whether Amazon is truly the woke company it pretends to be,” Goldstein told Axios.

The Amazon Labor Union now will negotiate with the e-commerce giant, who will most likely challenge the group’s effort to unionize, according to Axios.

Amazon, the Amazon Labor Union and the SEIU did not respond to the Daily Caller News Foundation’s request for comment.