Senate Majority Leader Chuck Schumer and Oregon Democratic Sen. Ron Wyden slammed Koch Industries for continuing to do business in Russia amid the war with Ukraine, yet, both Democrats have taken donations this cycle from International Paper PAC which remains in Russia, according to records reviewed by the Daily Caller.

Schumer and Wyden — who is the chairman of the Senate Finance Committee — released a joint statement together in March, slamming Koch Industries for saying they would keep their Guardian Industries subsidiary open that deals with two glass manufacturing companies in Russia. The criticism came after Ukrainian President Volodymyr Zelenskyy called for American companies to stop doing business in Russia in a joint address to Congress.

“Koch Industries is shamefully continuing to do business in Putin’s Russia and putting their profits ahead of defending democracy. The noxious stench of Trump still hangs over Koch Industries. As the democracies of the world make huge sacrifices to punish Russia for Putin’s illegal and vicious invasion of Ukraine, Koch Industries continues to profit off of Putin’s regime. It is time for Koch Industries to put the values of democracy ahead of its own profits. We are calling on Koch Industries to immediately suspend their operations in Russia,” Schumer and Wyden said in their joint statement.

“We propose that the United States sanction all politicians in the Russian Federation who remain in their offices and do not cut ties with those who are responsible for the aggression against Ukraine,” Zelenskyy said. “All American companies must leave their market immediately because it is flooded with our blood.”

Insider published an article on the Democrat’s criticism of Koch Industries but failed to mention that both Schumer and Wyden have taken donations as recently as this cycle from companies who have decided to remain in Russia. (RELATED: EXCLUSIVE: Never-Trump Candidate Seen Allegedly Illegally Forging Petition Signatures In Parking Lot In Effort To Run Against Elise Stefanik) 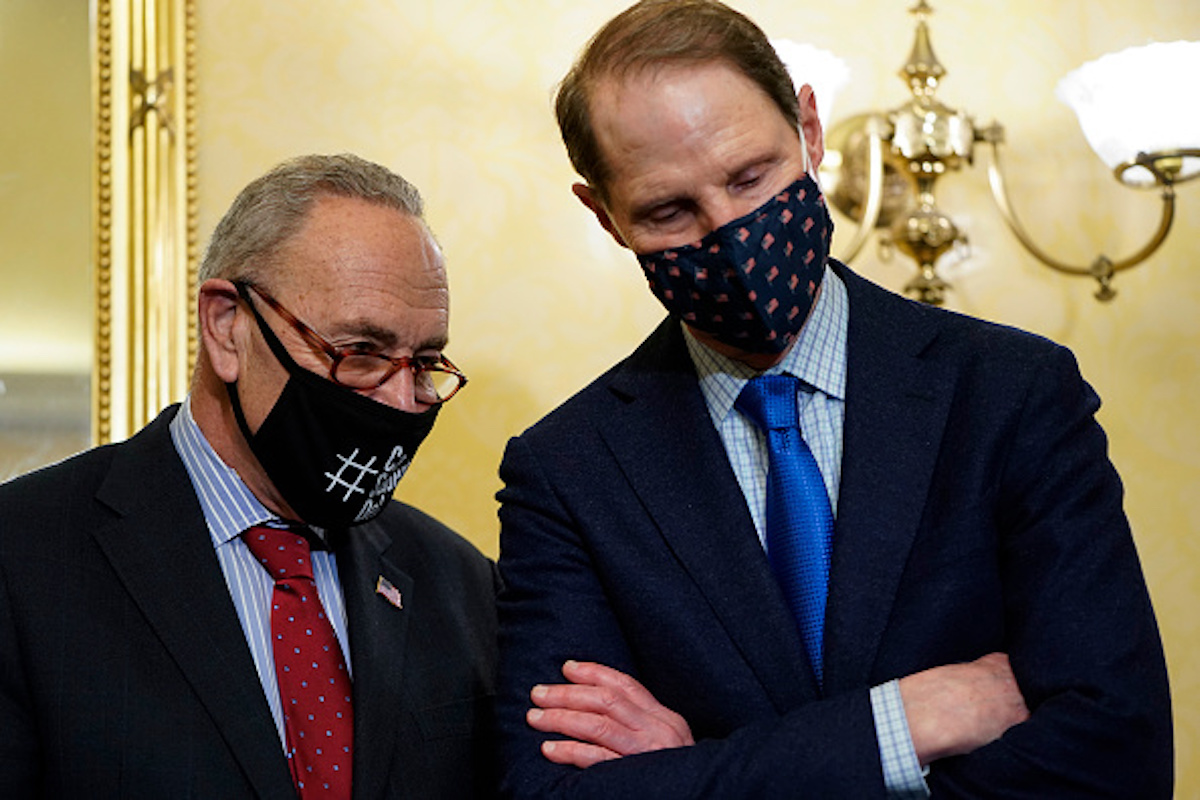 “While Guardian’s business in Russia is a very small part of Koch, we will not walk away from our employees there or hand over these manufacturing facilities to the Russian government so it can operate and benefit from them,” Koch Industries President Dave Robertson said in the statement regarding keeping their Guardian Industries subsidiary in Russia, according to Insider. “Doing so would only put our employees there at greater risk and do more harm than good.”

A number of other Democrats have also taken donations from companies that have not completely pulled out of Russia, something Schumer and Wyden did not mention in their joint statement. (RELATED: EXCLUSIVE: Sen. Rubio Sends Biden Letter Slamming Decision To Pull Title 42, Enforce COVID Policies)

PPG Industries PAC donated $17,500 to congressional Democrats thus far in 2022 including $6,000 to Pennsylvania Sen. Bob Casey and $2,500 to West Virginia Sen. Joe Manchin. The company has said it will scale back a majority of its operations in Russia.

The Daily Caller contacted both Schumer and Wyden about the donations they accepted from International Paper PAC, which is continuing to do business in Russia. The Caller also asked if they would be returning the $5,000 donations. The two offices did not immediately respond.