EU Commission President Ursula von der Leyen said Wednesday the bloc would phase out Russian oil imports in an “orderly fashion” to maximize pressure on Russian President Vladimir Putin as he continues his assault on Ukraine. The move, though, is almost certain to lead to higher lead to higher energy prices for Europeans and has already caused global oil prices to tick up 2.63% to $108.73 per barrel as of Wednesday morning.

“Let us be clear: it will not be easy. Some Member States are strongly dependent on Russian oil,” von der Leyen remarked during a speech announcing a new sanctions package targeting Russia. “But we simply have to work on it. We now propose a ban on Russian oil. This will be a complete import ban on all Russian oil, seaborne and pipeline, crude and refined.”

Russia is the EU’s largest provider of crude oil, accounting for about 27% of all imports in 2019, the most recent data showed. European leaders have wrestled with the prospect of a ban on Russian oil since February when Putin ordered troops into Ukraine. (RELATED: Energy Prices Set To Skyrocket Further As Biden Diverts More Natural Gas To Europe) 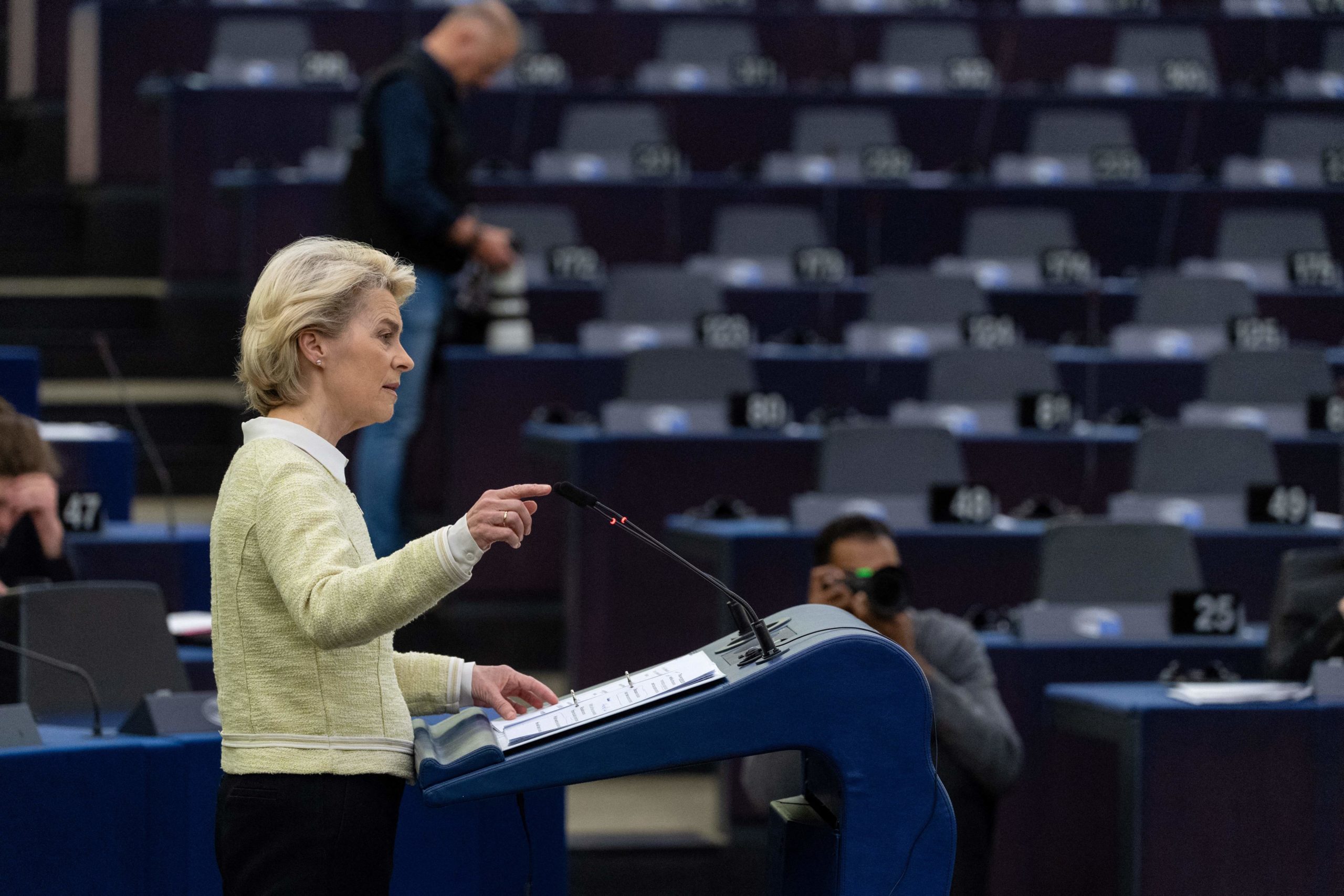 German government officials suggested that the nation would back an immediate ban on Monday, saying its economy would be able to bear such an action, according to Reuters.

“We will be harming ourselves, that much is clear,” German economic minister Robert Habeck said prior to an emergency meeting of EU energy officials on Tuesday, the Financial Times reported.

But about half of all Russian oil exports are sent to Europe, meaning the ban could have a serious impact on Russia’s government revenue, according to the Energy Information Administration (EIA). Russia’s federal government relies upon its oil and gas industry to fund 40% of its annual budget, further EIA data showed.

President Joe Biden announced on March 8 that the U.S., which is much less dependent on Russian imports than the EU, would prohibit imports of all Russian energy.