President Joe Biden is reportedly “unhappy” that aides continuously walk-back and try to clarify statements and stances he’s made, according to a report published by NBC News.

The Biden White House has, on many occasions, issued statements walking back comments made by the president — like when Biden said the U.S. is willing to intervene militarily should China forcibly try to take Taiwan, or when he appeared to suggest U.S. troops are “helping train” Ukrainian troops in Poland, or when he suggested a U.S. response to Russia invading Ukraine would depend on whether it was “a minor incursion.”

According to NBC News, it’s a pattern that has not gone unnoticed by the president.

“Beyond policy, Biden is unhappy about a pattern that has developed inside the West Wing,” NBC News reported Tuesday. “He makes a clear and succinct statement — only to have aides rush to explain that he actually meant something else. The so-called clean-up campaign, he has told advisers, undermines him and smothers the authenticity that fueled his rise. Worse, it feeds a Republican talking point that he’s not fully in command.”

Frustration over the walk-backs reportedly reached a turning point when Biden, speaking on March 26 in Poland, declared that Russian President Vladimir Putin “cannot remain in power.” (RELATED: White House Scrambles To Clean Up, Clarify Biden’s Comments On Ukraine And 2022 Election)

The administration walked back the comment moments after his speech concluded, with a White House official saying that Biden “was not discussing Putin’s power in Russia.”

“The President’s point was that Putin cannot be allowed to exercise power over his neighbors or the region. He was not discussing Putin’s power in Russia, or regime change,” the official said.

Biden became “furious” over this moment, according to NBC News.

“Biden was furious that his remarks were being seen as unreliable, arguing that he speaks genuinely and reminding his staff that he’s the one who is president,” NBC News reported. 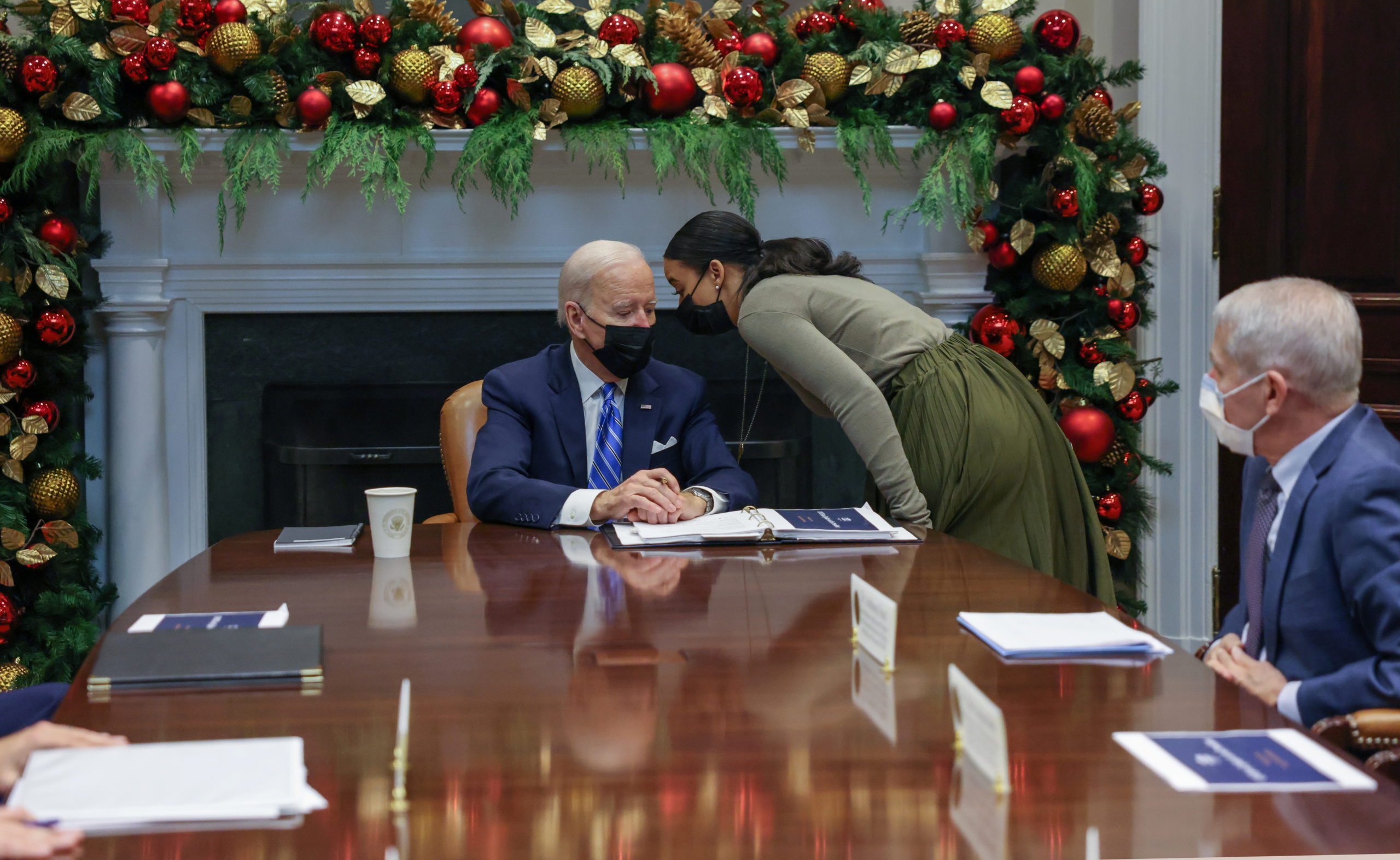 U.S. President Joe Biden gets a message from an aide during a meeting with his White House COVID-19 Response Team on the latest developments related to the Omicron variant in the Roosevelt Room in the White House in Washington, U.S., December 16, 2021. REUTERS/Evelyn Hockstein

The administration appeared to push back on the suggestion that Biden is frustrated — and perhaps doesn’t have full insight — over the clean-up campaigns, according to the network.

“We don’t say anything that the president doesn’t want us to say,” an official told NBC News.

This pattern has been noticed by other lawmakers, too. Democratic New Jersey Rep. Tom Malinowski suggested to The Washington Post that sometimes, aides should “let the president’s words stand.”

“There are times when presidents being human misspeak and the staff being responsible has to clarify, but I think in this, and other recent cases, Biden is just speaking plainly what we all understood to be the case anyway,” Malinowski, a former State Department assistant secretary, said. “In such cases, it’s generally best to let the president’s words stand rather than walking things back in ways that raise further questions.”

Still, the White House has stood by the barrage of clarifications made since Biden took office, with White House spokesman Andrew Bates telling The Post that the president “speaks directly and candidly.” (RELATED: Biden Whispers ‘I Am Your Commander-In-Chief’ Into Microphone At The Naval Academy Graduation Ceremony)

“The president speaks directly and candidly — straight from the shoulder, as he often says,” Bates said. “Doing so has been critical to his success in everything from rallying the world to support Ukraine to passing the most significant infrastructure law in generations. And when he feels the need to add context to something he said, as every president has, he doesn’t hesitate to do so.”