In an opinion piece in The New York Times titled “There Is Way More Biden Can Do to Lower Prices”, Khanna said while he supports Biden’s efforts to combat inflation, the country needs a “bolder vision” and “faster action.” Khanna also said his party cannot simply attack Republicans for not having a plan.

He also outlines the inflation going on in his district, saying prices of milk are up 38% since 2019 and said Biden should create an emergency task force focused on lowering prices and addressing shortages.

“To meet the moment, Mr. Biden should convene an emergency task force empowered to lower prices and address shortages. We need an all-out mobilization, not just a few ad hoc initiatives reacting to headlines,” he wrote in the op-ed.

Khanna said the task force should include Treasury Secretary Janet Yellen, Secretary of Agriculture Tom Vilsack, Secretary of Transportation Pete Buttigieg and Secretary of Energy Jennifer Granholm, along with state and local officials. 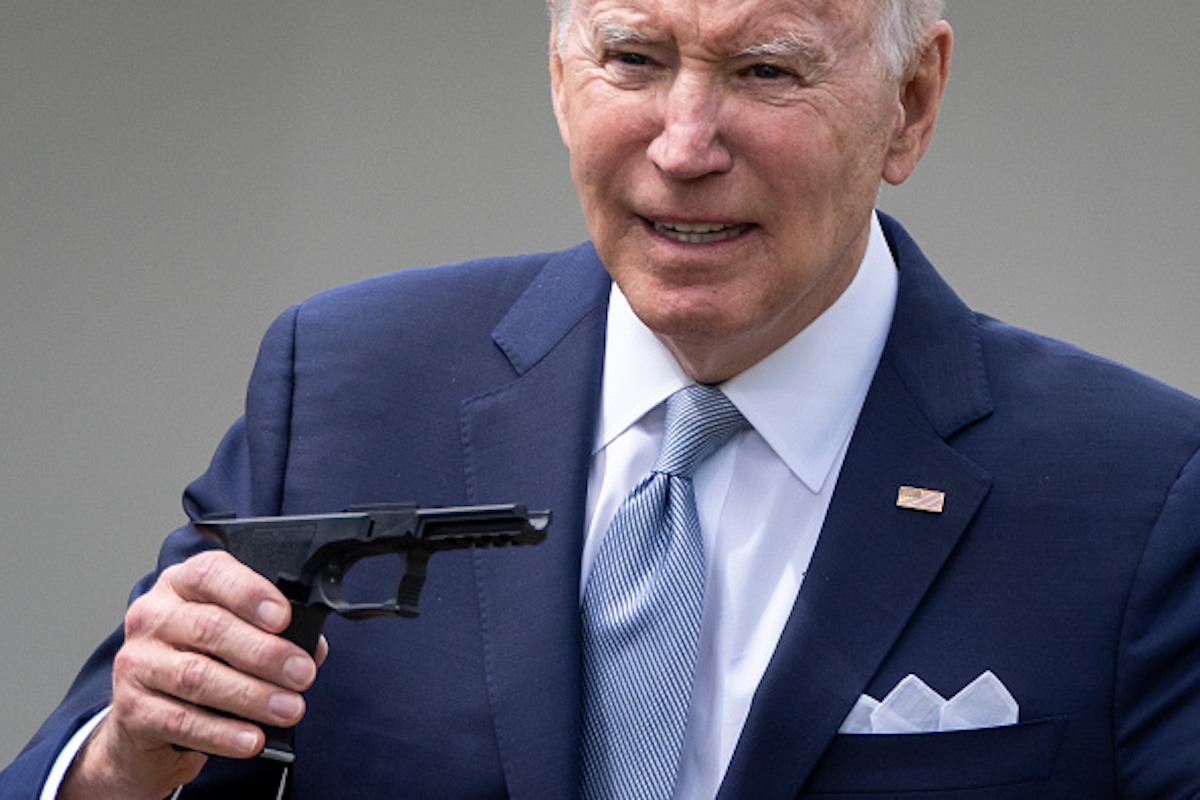 President Joe Biden holds up a ghost gun kit during an event about gun violence in the Rose Garden of the White House April 11, 2022 in Washington, DC. (Photo by Drew Angerer/Getty Images)

“There is no patience for incrementalism or political spin about economic numbers in these times. Democrats can’t just blame the Republicans for lacking a plan. People elected us to solve problems. We told them that government could improve their lives and they want to see tangible action, movement and energy out of Washington,” Khanna added. (RELATED: EXCLUSIVE: Reps. Norman, Khanna Introduce Bipartisan Bill To Cut Congressional Retirement Benefits)

The California Democrat then mentioned the baby formula shortage and said the Biden administration should finance the production of baby formula at several manufacturers in order to get it back on the shelf in the U.S. Khanna also said the Biden administration should buy “surplus baby formula in large quantities” from Europe, saying “formula safe for babies in Europe is also safe for American babies.” (RELATED: Democratic Rep. Ro Khanna Calls Out Twitter For Trying To Hide Hunter Biden Laptop Story)

The Daily Caller contacted the White House about Khanna’s op-ed to which they did not immediately respond.