The U.S. economy added 390,000 jobs in May while the unemployment rate was largely unchanged at 3.6%, according to Department of Labor data released Friday.

The number of unemployed people ticked up slightly to about 6 million, according to the Bureau of Labor Statistics (BLS) report. Economists projected 328,000 Americans would be added to payrolls prior to Friday’s report, The Wall Street Journal reported.

“We probably are settling into a lower trajectory for job growth. The participation rate has recovered all of the dip we saw in the spring of 2020, related to Covid,” Thomas Simons, an economist at investment banking firm Jefferies Group, told CNBC. “I don’t think there’s a swath of people that is out of the labor force and on the cusp of being brought back in. There’s roughly two job openings for every unemployed person.”

Job gains were largely reported in the leisure and hospitality, professional and business services, transportation and warehousing sectors. The growth represented a month-over-month decline compared to April when the economy added a more-than-expected 428,000 jobs.

“The job growth rate of hiring has tempered across all industries, while small businesses remain a source of concern as they struggle to keep up with larger firms that have been booming as of late,” ADP chief economist Nela Richardson said in a statement. 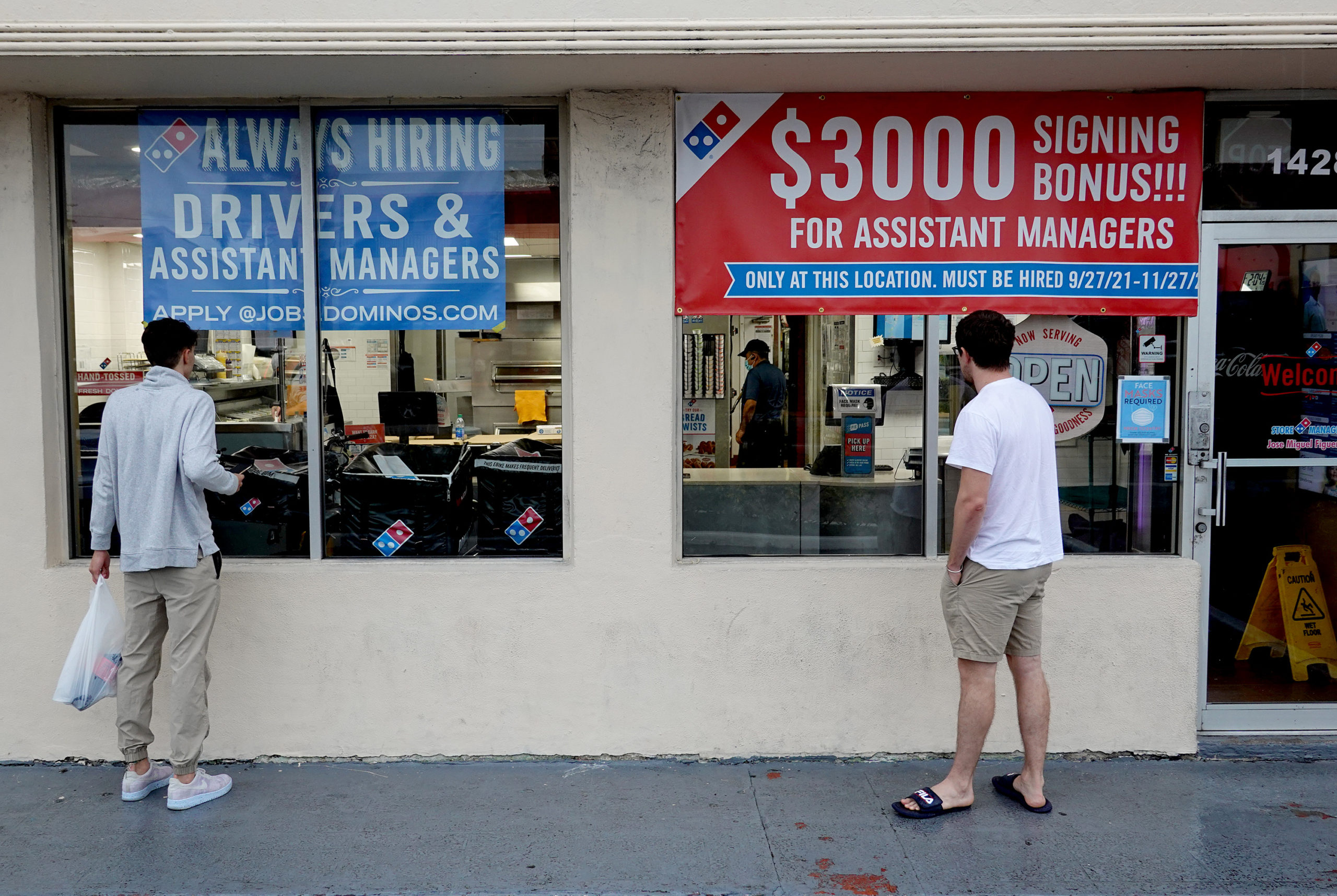 The May jobs growth brought the total number of employed Americans to about 151.7 million compared to the 152.5 million employed in February 2020 prior to the pandemic-induced recession, Federal Reserve data showed.

“As we transition to this new period of stable, steady growth, we aren’t looking to see blockbuster job reports month after month, like we have over the last year. But that’s a good thing,” White House press secretary Karine Jean-Pierre remarked during a press briefing Thursday. “That’s the sign of a healthy economy with steady job growth, rising wages for working Americans, everyday costs easing up, and a shrinking deficit. That stability will put us in a strong position to tackle inflation.”

“And in the short time since President Biden came into office, we have had record job numbers, record job creation,” she continued.

Inflation surged 8.3% over the 12-month period ending in April, near the highest level recorded since early 1982. In addition, the stock market has recorded negative growth this year with the three major indices falling between 8.50-21.27% since January, according to market data.

President Joe Biden is slated to address the jobs report Friday at 10:30 a.m.