The funds were allocated to the Department of Homeland Security (DHS) and four individuals, according to House disbursement records. Dates in which “security service” is listed in the records correspond with numerous community events Jackson Lee posted about on her Twitter account — such as pop-up COVID-19 vaccination and testing sites hosted by the congresswoman’s office.

“[T]he Office of Congresswoman Sheila Jackson Lee is following all House protocols as it relates to these expenditures,” a spokeswoman for Jackson Lee told TheDCNF.

Each session, every member of Congress is given a Member Representational Allowance, or taxpayer dollars allocated to fund a member’s offices and perform their official duties. The allowance is funded by fiscal year appropriations and is non-transferrable between legislative years, according to the House government website. 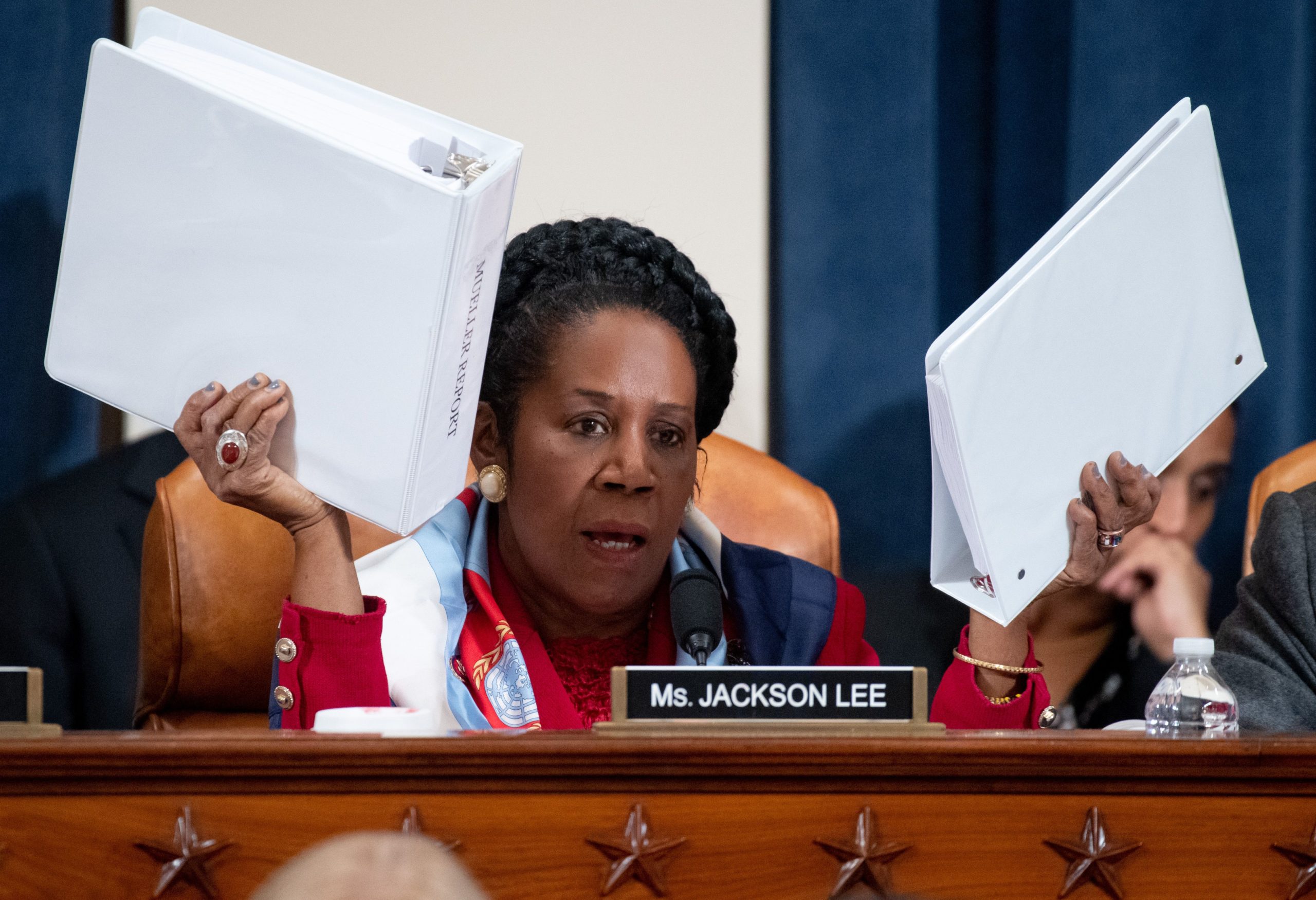 Representative Sheila Jackson Lee, Democrat of Texas, holds up copies of the Mueller Report as she questions constitutional scholars during a House Judiciary Committee hearing on the impeachment of US President Donald Trump on Capitol Hill in Washington, DC, December 4, 2019. (Photo by SAUL LOEB / AFP) (Photo by SAUL LOEB/AFP via Getty Images)

Despite spending a large sum on security services, Jackson Lee has pushed to pass legislation experts say hampers the ability of law enforcement to do its job and puts a target on the back of departments.

In 2021, the congresswoman co-sponsored the George Floyd Justice in Policing Act, which stalled in the Senate after passing largely along party lines. The bill lowers the criminal intent standard to convict officers for misconduct during federal prosecution and limits qualified immunity, which protects officers from civil lawsuits in situations other than when it is clear their behavior violated someone’s rights.

Qualified immunity, which was first introduced through a 1967 U.S. Supreme Court case, “safeguards police officers from personal lawsuits” and “protects officers from malicious lawsuits that would otherwise financially cripple them and hollow out departments,” Republican Arkansas Sen. Tom Cotton argued in October 2021.

“Qualified immunity is the biggest thing,” Nick Gerace, a retired Philadelphia police officer and the current president of the political action committee Protect our Police, told TheDCNF. “You’re going to absolutely destroy police departments across this country when you take it away.” (RELATED: Rep. Ayanna Pressley Has Continued To Spend Thousands Of Taxpayers Dollars On Private Security, House Records Show)

Jackson Lee also said in June 2020 she wants to “overhaul the complete thinking and structure” of police training.

The Department of Homeland Security did not respond to TheDCNF’s request for comment.