The Department of Justice (DOJ) unveiled conspiracy charges against Proud Boys leaders for their involvement in the January 6, 2021 Capitol protests ahead of the first January 6 committee hearing set to broadcast live on Thursday.

Proud Boys chairman Enrique Tarrio, along with four of the organization’s leaders, face counts of “seditious conspiracy” and “conspiracy to obstruct official proceedings” among other charges, according to court documents made public on Monday.

The DOJ revealed the charges just days before the House Select Committee investigating the January 6 riot is set to hold hearings reportedly based on about 1000 closed-door interviews.

The House Select Committee will air the January 6 hearings live on television beginning Thursday with an overview of the committee’s investigations. Democrats in Washington have expressed hopes that the hearings will persuade voters in their favor.

The charges coincide with the January 6 committee’s stated goal of exposing the “coordinated, multi-step effort to overturn the results of the 2020 presidential election and prevent the transfer of power,” members said in an advisory, CNN reported.

Citing the defendants’ social media posts and previous violent participation in protest activity, a federal grand jury accused the Proud Boys under prosecution of attempting to obstruct the 2020 electoral certification and transfer of power to then President-elect Joe Biden. 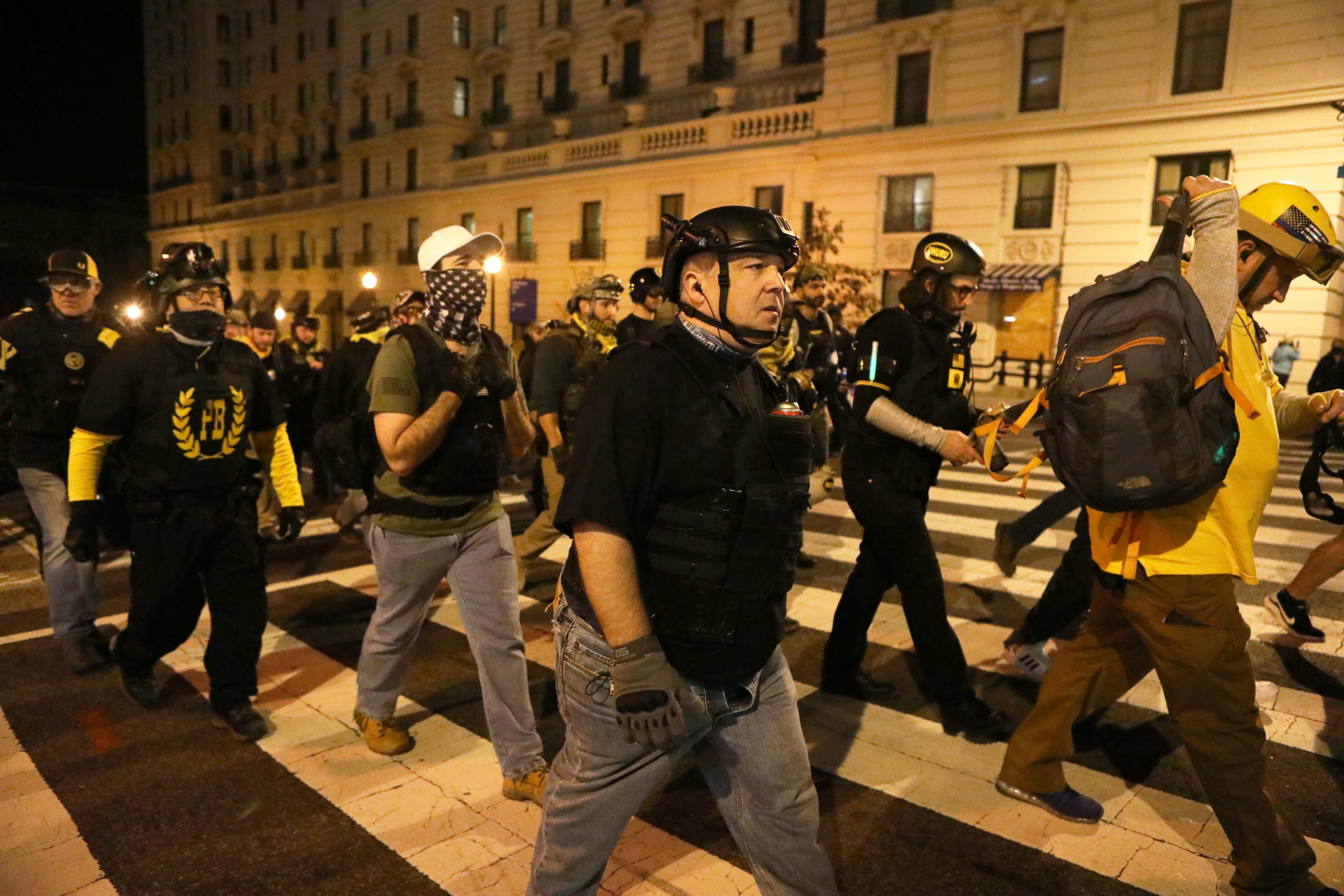 Members of the far-right group Proud Boys march to protest the results of the election, in Washington, U.S., December 12, 2020. REUTERS/Jim Urquhart

“The defendants… did knowingly conspire, confederate and agree, with other persons known and unknown to the Grand Jury, to oppose by force the authority of the Government of the United States and by force to prevent, hinder, and delay the execution of any law in the United States,” the documents read.

Tarrio had allegedly created a new Proud Boys chapter in December 2020, the Ministry of Self Defense (MOSD), according to the court documents. DOJ quoted Tarrio as describing the MOSD as a “national rallying chapter” comprised of members across the U.S.

“Mr. Tarrio will have his day in court and we will vigorously represent our client through this process. Mr. Tarrio looks forward to being vindicated of these allegations,” said Tarrio’s lawyer, Nayib Hassan.

The Department of Justice declined to comment on the ongoing litigation.