Oil companies and industry trade groups criticized President Joe Biden after he sent a letter to them threatening action over high gasoline prices.

“Refiners do not make multi-billion-dollar investments based on short-term returns,” the two groups wrote in the joint letter to Biden. “They look at long-term supply and demand fundamentals and make investments as appropriate. To that end, following on your campaign promise to ‘end fossil fuel,’ consider just some of the policy and investment signals being sent by various federal agencies and allied state governments to the market about our refining industry.”

“The timing and reasons for shutdowns of several refineries, including the Philadelphia Energy Solutions and Shell Convent refineries, were primarily due to lack of buyers willing to continue operating the facilities as petroleum refineries given growing rhetoric about the long-term viability of the industry,” the letter continued. (RELATED: Biden Is Still Trying To Ban Federal Oil, Gas Leasing)

On Wednesday, several of the companies Biden addressed in his warning letter responded in force, echoing the industry groups’ response. They noted their refinery utilization rates are high and that the president’s policies are holding them back.

“Specific to refining capacity in the U.S., we’ve been investing through the downturn to increase refining capacity to process U.S. light crude by about 250,000 barrels per day – the equivalent of adding a new medium-sized refinery,” ExxonMobil said in a statement shared with The Daily Caller News Foundation. “We kept investing even during the pandemic, when we lost more than $20 billion and had to borrow more than $30 billion to maintain investment to increase capacity to be ready for post-pandemic demand.”

“Longer term, government can promote investment through clear and consistent policy that supports U.S. resource development, such as regular and predictable lease sales, as well as streamlined regulatory approval and support for infrastructure such as pipelines,” the company’s statement continued. 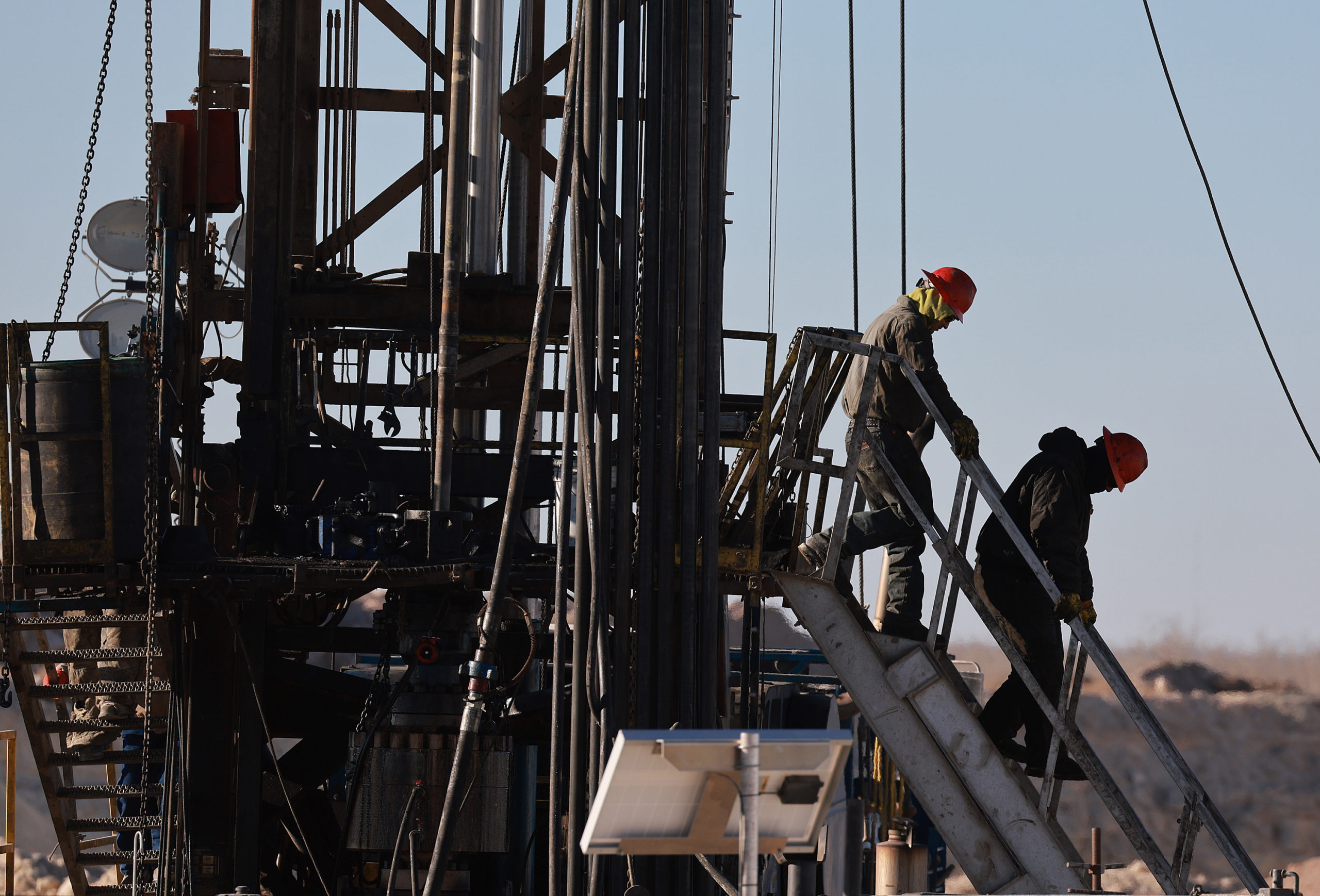 Workers place pipe into the ground on an oil drilling rig in the Permian Basin oil field on March 12 in Midland, Texas. (Joe Raedle/Getty Images)

The API and AFPM noted that the Environmental Protection Agency recently finalized a vehicle standard to force gasoline demand down over the next decade and the administration encouraged an effort in California to place a future ban on traditional gasoline-powered vehicles. Multiple federal agencies have also introduced roadblocks for approving and constructing energy infrastructure projects like pipelines, the groups added.

In addition, Shell spokesperson Curtis Smith and Phillips 66 spokesperson Bernardo Fallas both highlighted that U.S. refinery utilization is up, in emails to TheDCNF.

Operable refinery utilization — a figure that measures how much petroleum companies are refining relative to their maximum capacity — reached a whopping 94.2% this month, its highest level since 2019, and is expected to remain at that rate through the summer, according to the Energy Information Administration. But total U.S. refining capacity has declined due to environmental regulations and projected gasoline demand decline as a result of the so-called green transition.

“Chevron is committed to the supply of affordable, reliable, ever-cleaner energy in the United States and across the globe,” Chevron spokesperson Bill Turenne told TheDCNF. “We understand the significant concerns around higher fuel prices currently faced by consumers around the country, and the world. We share these concerns, and expect the Administration’s approach to energy policy will start to better reflect the importance of addressing them.”

“Unfortunately, what we have seen since January 2021 are policies that send a message that the Administration aims to impose obstacles to our industry delivering energy resources the world needs,” he added. “All of Chevron’s U.S. refineries are operational and our refinery input grew to 915,000 [barrels per day] on average in the first quarter from 881,000 in the same quarter a year before.”