House Republicans are demanding an ethics probe into potential conflicts of interest among White House staffers and their family members who may benefit from student loan forgiveness, a policy the Biden administration is considering.

Political appointees are “presumably” included in the loan forgiveness program President Joe Biden “is planning to undertake,” Reps. James Comer of Kentucky and Virginia Foxx of North Carolina say. There must be an investigation into the finances of Biden administration employees, the lawmakers wrote in a letter to the Office of Government Ethics (OGE) Director Emory Rounds III Wednesday.

“In addition to the substantial and negative ramifications of this illegal action, we are especially concerned that this policy may have been promulgated by White House staffers who stand to financially benefit from the decision, especially considering recent reports that White House political appointees owe millions in student loan debt,” the Republicans said. (RELATED: EXCLUSIVE: House Republicans Introduce Legislation That Would Ban Biden From Canceling Student Loan Debt)

The administration is now considering a plan to wipe away $10,000 per borrower, if not more, The Washington Post reported. The plan would apply to individuals who earned fewer than $150,000 in the prior year and married couples filing jointly who made fewer than $300,000, two sources familiar with the matter told the Post.

The president is “not considering” $50,000 worth in “debt reduction,” he said Thursday during a speech at the White House, but is “in the process of taking a hard look at whether or not there will be additional debt forgiveness.” Senate Majority Leader Chuck Schumer has continued to demand Biden erase $50,000 worth of student loan debt.

There are more than two dozen senior White House staffers who have student loan debt, according to 2021 financial disclosures Bloomberg News obtained from OGE in May. Combined, the staffers owe up to $4.7 million, the outlet reported.

Comer told The Daily Caller News Foundation that Biden’s student loan “bailout” is unfair to American workers who are not college educated or “made tough financial decisions” to pay for their college degree. Forgiving student debt amounts to “ethical concerns” and OGE should “provide answers” in order to confirm staffers “are not seeking to gain a financial windfall,” he also said.

Among those who listed debt on their financial disclosures are White House press secretary Karine Jean-Pierre and National Economic Council Deputy Director Bharat Ramamurti, Bloomberg News reported. Not all former and current staff have filed their disclosures, the outlet reported.

“The last thing that hardworking taxpayers in this country should be doing is footing the $4.7 million student loan bill for political appointees in the Biden White House,” Foxx told TheDCNF. “When these men and women took out their student loans, they signed on the dotted line and made a commitment that the money would be repaid — there’s no such thing as a free lunch.” 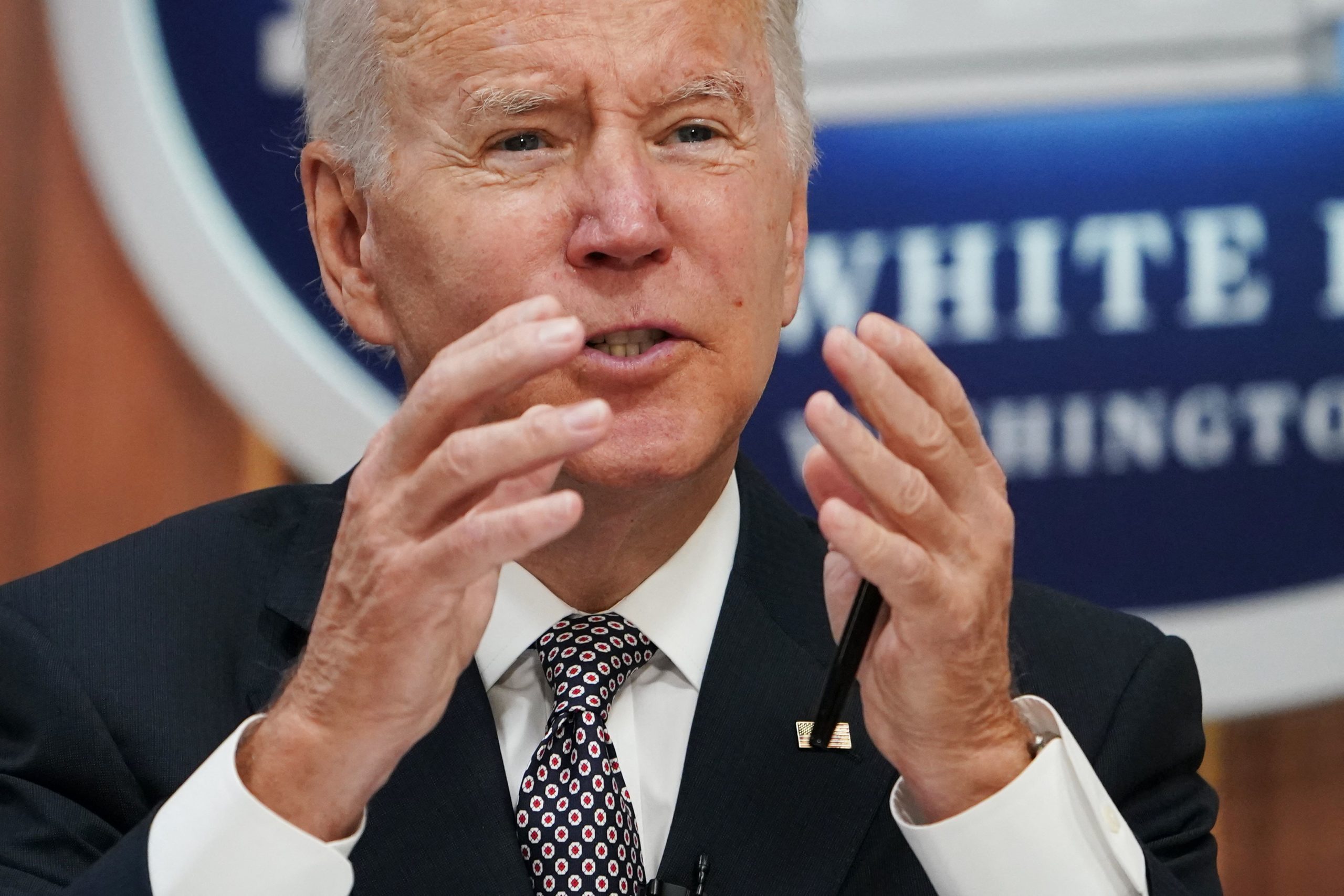 US President Joe Biden addresses the Major Economies Forum on Energy and Climate from the South Court Auditorium of the Eisenhower Executive Office Building, next to the White House, in Washington, DC on June 17, 2022. – Biden told the conference that Russia’s war in Ukraine shows the shift to renewable energy is a matter of national security as well as vital to preventing climate crisis. (Photo by MANDEL NGAN / AFP) (Photo by MANDEL NGAN/AFP via Getty Images)

The Republicans are asking OGE to provide them by June 29 with a list of all Biden administration employees who have worked on student loan forgiveness policy, as well as documents and communications “indicating” which employees have debt that the policy would wave away. They are also asking for signed ethics waiver copies for employees who have worked on the Biden administration’s forgiveness policy.

“The idea that Biden staffers may be using their positions inside the administration to push the president to use taxpayer dollars on loan forgiveness that may directly benefit them is beyond troubling,” Pete McGinnis, the spokesman for the Functional Government Initiative, a federal watchdog probing abuse in government, told TheDCNF. “It’s exactly the type of insider dealing and government dysfunction that Americans are fed up with.”

The White House did not immediately respond to a request for comment by The Daily Caller News Foundation, nor did Jean-Pierre, OGE or Ramamurti.