More than two dozen American energy groups invited President Joe Biden on Thursday to tour their oil and gas facilities ahead of his visit to Saudi Arabia next month as the average national gas price hovers around $5 a gallon.

In an open letter, the 26 energy groups, including the American Petroleum Institute and the American Exploration and Production Council, requested that Biden visit various American energy sites including Reynoldsville, Pennsylvania, which they call “the heart” of shale oil and natural gas extraction in the U.S., before flying to Riyadh to meet with Crown Prince Mohammed bin Salman in July. The groups asked the president to consider reevaluating his policies on “made-in-America energy” and its capabilities.

The groups went on to state that America is the world’s largest producer of oil and natural gas, urging Biden to take the opportunity to assert new global energy leadership and embrace American energy solutions to benefit American families, the economy and national security.

Throughout the letter, the energy groups tout the efficacy of their “state-of-the-art” facilities including refineries that operate at “94% of capacity” and the Colonial Pipeline that covers 5,500 miles of “critical infrastructure,” carrying millions of gallons of fuel products from Gulf Coast refineries through the South and up the East Coast daily. The groups hope that Biden will tour their refineries, pipelines and offshore drilling sites and witness American energy’s ability to meet the needs of the ongoing fuel crisis. (RELATED: Biden Admin Considers Banning All Offshore Drilling As Energy Crisis Worsens: REPORT) 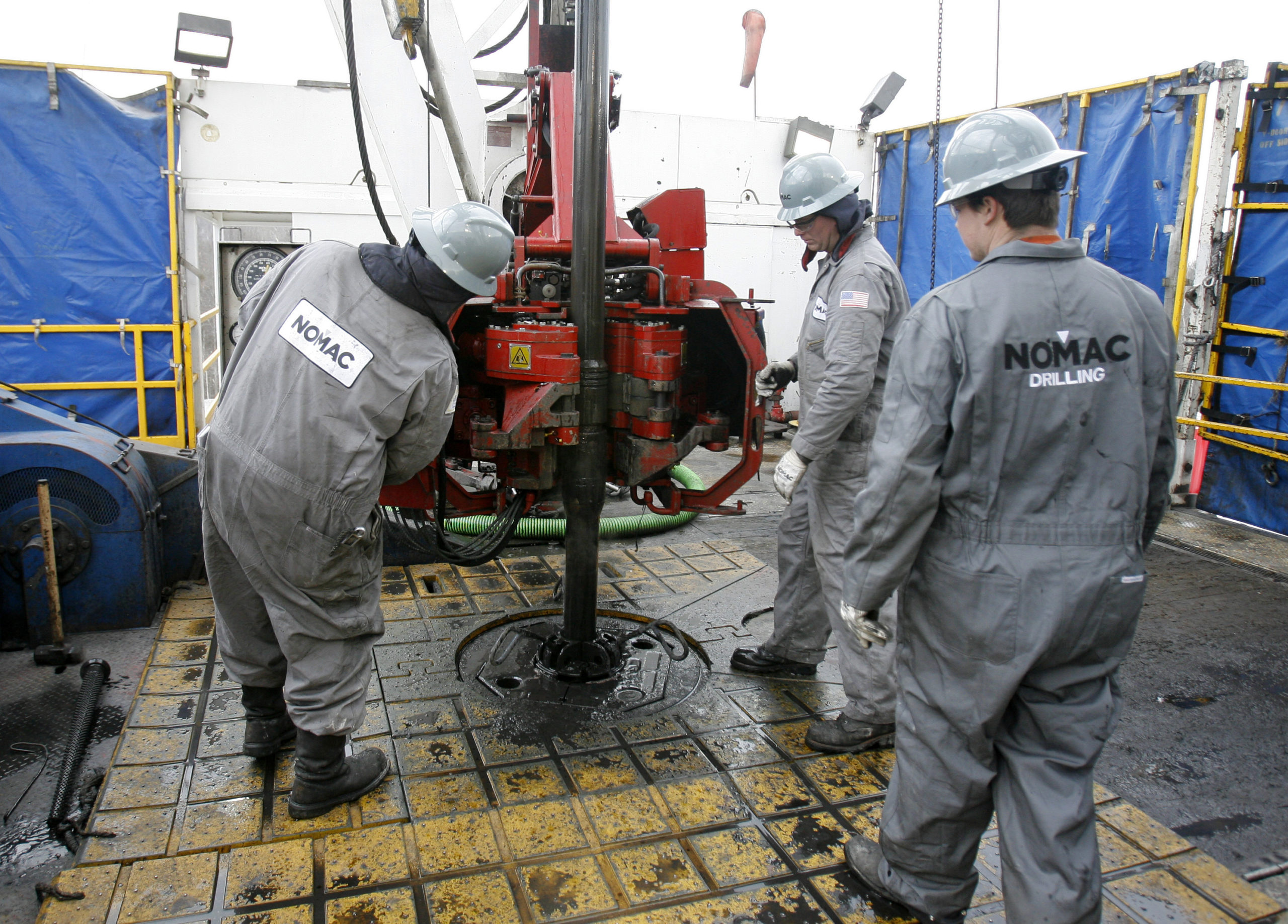 Workers change drilling pipes on the rotary table of a natural gas drilling rig near Towanda, Pennsylvania, February 3, 2010. Energy companies drilling for natural gas in Pennsylvania? Marcellus Shale would have to pay a wellhead tax under a proposal unveiled on Tuesday by Gov. Ed Rendell. Rendell wants to charge drillers 5 percent of the value of gas at the wellhead plus 4.7 cents per 1,000 cubic feet of gas taken from the ground, starting July 1. REUTERS/Tim Shaffer (UNITED STATES)

The open letter comes following the president’s demands for oil companies to increase production and a report that the Biden administration may move to ban all offshore drilling in an effort to continue his climate agenda.

“A visit would provide an opportunity for the President to educate himself about America’s number one energy source and the measures the industry has taken to protect the environment,” Jeffrey Eshelman, Chief Operating Officer of the Independent Petroleum Association of America, one of the 26 groups that signed the letter, told The Daily Caller News Foundation.

“Administration policies do not recognize that renewable and traditional sources can coexist,” Eshelman continued.

The White House did not immediately respond to TheDCNF’s request for comment.