Greta Thunberg resurfaced on the world stage Saturday to condemn world leaders over inaction regarding climate change during a desperate plea at the Glastonbury music festival in the UK.

The globetrotting 19-year-old climate activist warned of an imminent “total natural catastrophe” and demanded more vigorous action to save the planet as part of her surprise appearance at the festival, according to the BBC.

The earth’s ecosystem is “not just changing, it is destabilizing, it is breaking down,” Thunberg told the festival’s audience while an electronic background displayed a graphic of increasing global temperatures. “This is not the new normal, this crisis will continue to get worse… until we prioritize people and planet over profits and greed,” she said. (RELATED: ‘Very Dangerous’: Greta Thunberg Slams Biden Over Climate Record)

Amid loud cheers from festival-goers, Thunberg reprimanded governments for failing to sufficiently address climate change and for creating fossil fuel “loopholes” for energy producers, allowing the deterioration of the climate to go unpunished.

“They can say we are in a climate emergency as they open up new coal mines, new oil fields, and new pipelines. It has not only become socially acceptable for our leaders to lie, it is more or less what we expect them to do,” she continued. 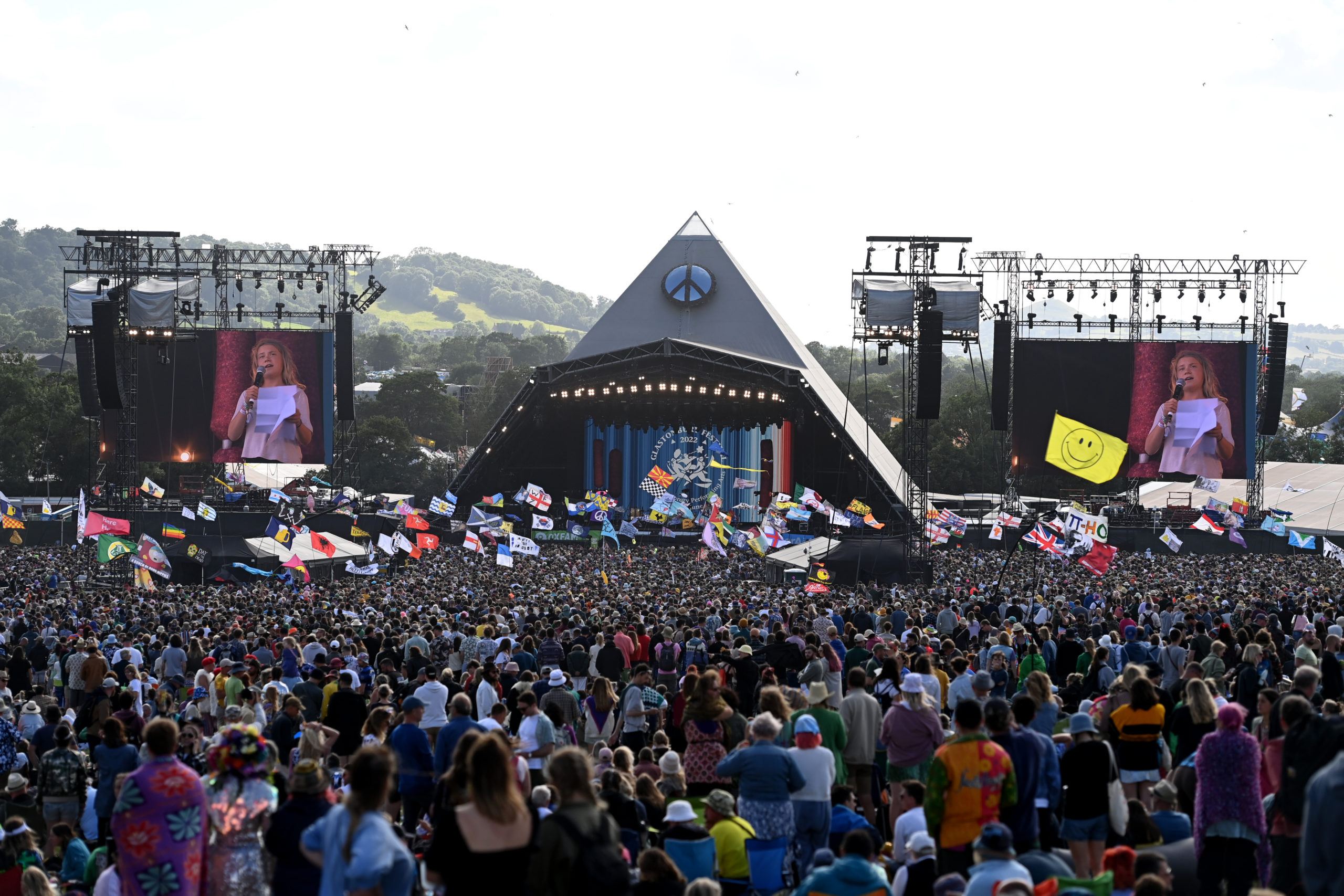 “We are approaching the precipice, and I would strongly suggest that all of those who have not yet been greenwashed out of our senses to stand our ground,” Thunberg added, urging society to start “creating hope.”

Thunberg was welcomed on stage by the festival’s co-organizer Emily Eavis, who described the Swedish teenager as “the most inspiring speaker of this generation.” Her speech was well received by the crowd, who joined her to chant “climate justice” following the speech’s conclusion, The Guardian reported.

Previously, Thunberg refused to travel by airplane due to the carbon dioxide emissions produced by air travel. It is unknown how Thunberg traveled to the UK from her home in Sweden.

Thunberg’s organization, Fridays For Future, did not immediately respond to The Daily Caller News Foundation’s request for comment.