Vacation rental company Airbnb has banned parties indefinitely after changing its policies to comply with global COVID-19 rules in August 2020.

The San Francisco-based company had previously banned open-invite parties because they proved disruptive to surrounding neighborhoods. After bars and clubs closed due to local COVID regulations in 2020, locations for many parties moved to rented venues, including ones offered on Airbnb, disregarding social distancing rules.

Airbnb banned parties in order to limit the spread of the virus and prevent further negative effects on neighbors. The business recorded a 44% drop in reported parties after its policy change in 2020. (RELATED: Video Shows ‘Reckless’ Airbnb Party Going Rogue, Triggers Rental Company To Crack Down On Guest) 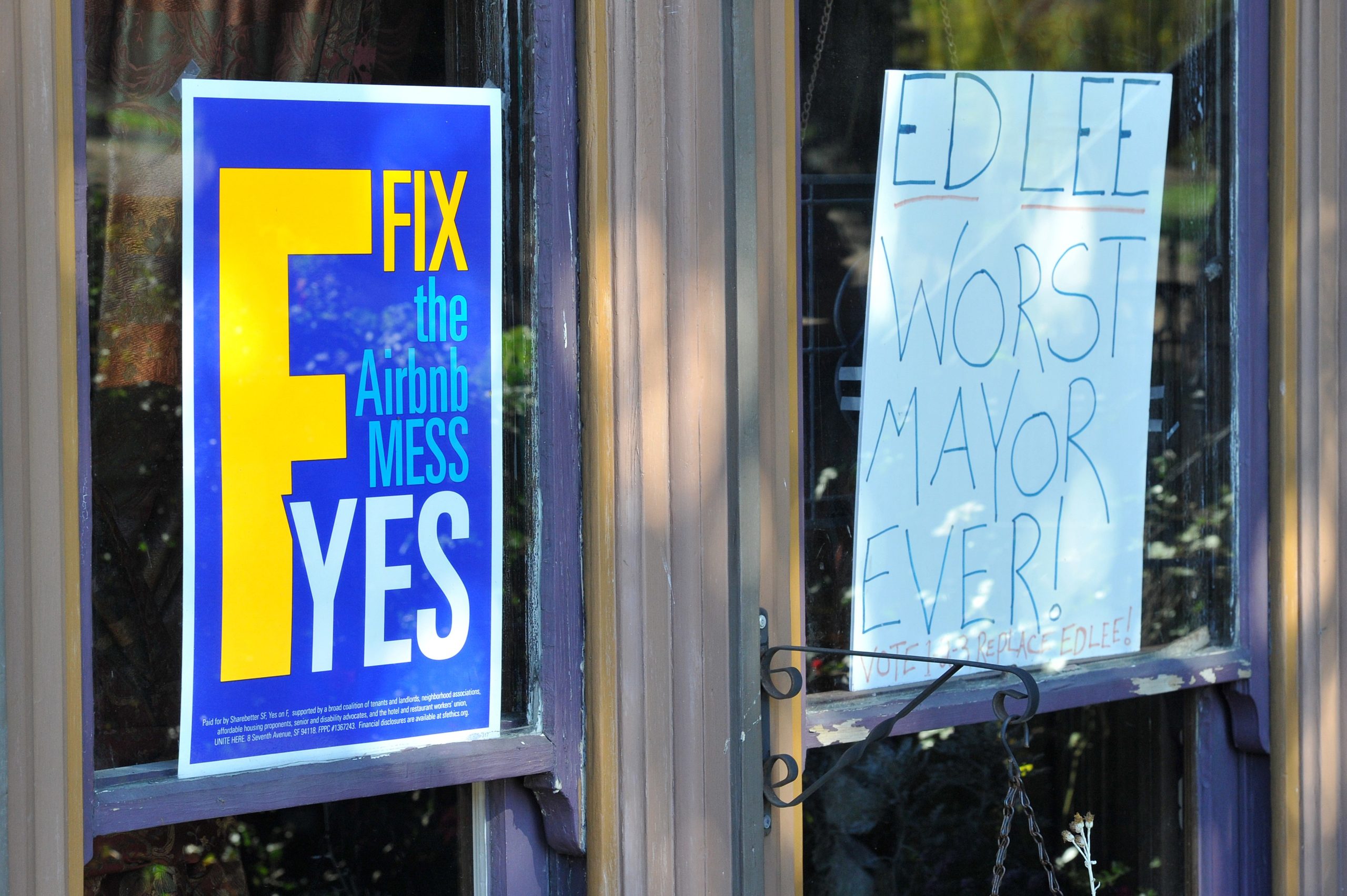 Signs showing support for Proposition F and opposition to San Francisco’s current mayor Ed Lee are seen in the window of a home in San Francisco, California on November 3, 2015. Proposition Fknown to some as the Airbnb initiativerestricts short term rentals in the city which some say have contributed to skyrocketing rental rates. (Josh Edelson/AFP via Getty Images)

The new policy removes the initial 16-person limit in order to allow larger homes to “thrive on hosting multi-generational family trips and larger groups.” The company wants to ensure that all of its homes are used to the best of their ability. However, Airbnb has now removed the “event-friendly” search filter and the “parties and events allowed” house rule from its website indefinitely.

Airbnb has set up multiple resources to enforce its new policies, including the Neighborhood Support Line. In 2021 alone, the platform banned over 6,600 guests for breaking the stricter party ban.

The company has recently profited from relaxed travel regulations, reporting a 70% revenue increase from 2021 in the first quarter of 2022, according to Reuters. (RELATED: Thousands Book Airbnbs In Ukraine With No Intention Of Staying There)