An equity advisor for the District of Columbia Public Schools (DCPS) posted a litany of tweets condemning white people, according to a review of tweets conducted by the Daily Caller. He describes his own actions as “cyber bully[ing].”

Victor Javier Rodriguez, a coordinator for DCPS Office of Equity, claimed in a tweet that his job is to force educators to comply with culturally responsive practices, many of which derive from the core tenets of critical race theory.

“My job really allows me to drag and read the f*ck out of school leaders for their lack of culturally response [sic] practice competency or that they do not ensure their teachers have it and that’s just amazing. Kids need competent educators who are meeting them where they are,” Rodriguez tweeted in March. 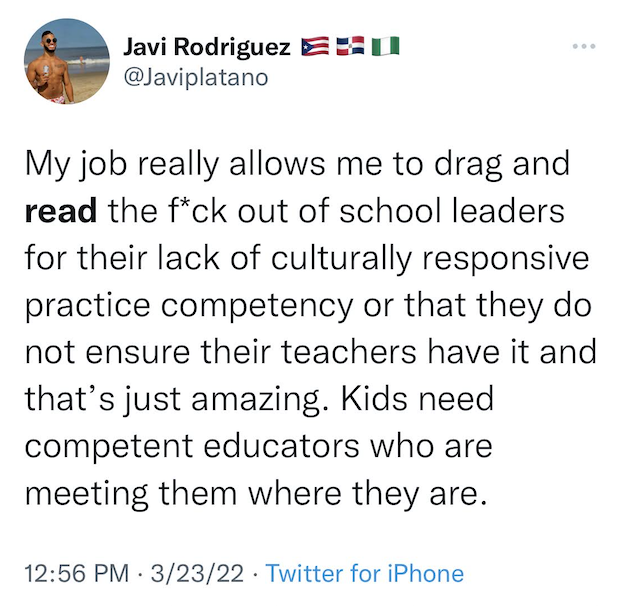 Rodriguez routinely spars with people online and uses patronizing and insulting phrases such as “sweetie,” “idiot,” and “dingus” to describe others. In one tweet, Rodriguez claims poor grammar is why he is a “cyber bully.”

“This is why I cyber bully,” Rodriguez tweeted. “If you [sic] gonna come for me, at least have decent grammar.” 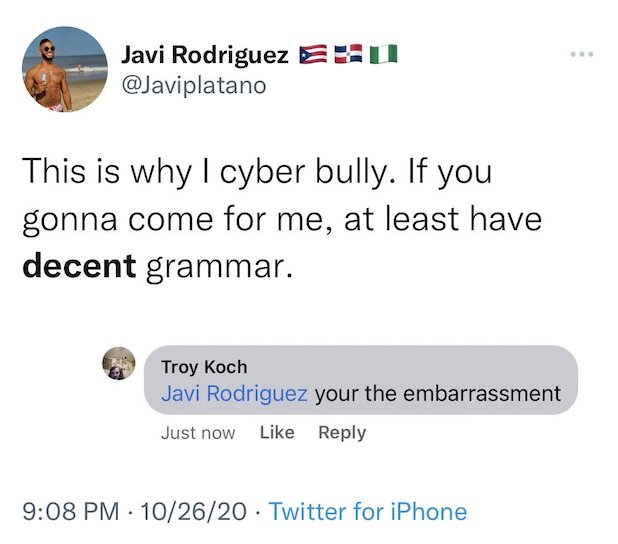 In several other tweets, the equity coordinator condemns white people and so-called “whiteness.” In some cases, Rodriguez refused to use the word “white” and opted to use the letters “yt” instead. (RELATED: Elementary School Librarian Reportedly Taught Third-Graders How To ‘Spread Radical Queer Joy’)

“Yt [white] devil get beneath my feet,” Rodriguez tweeted. 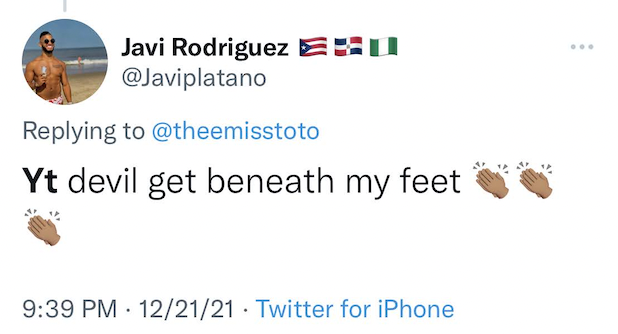 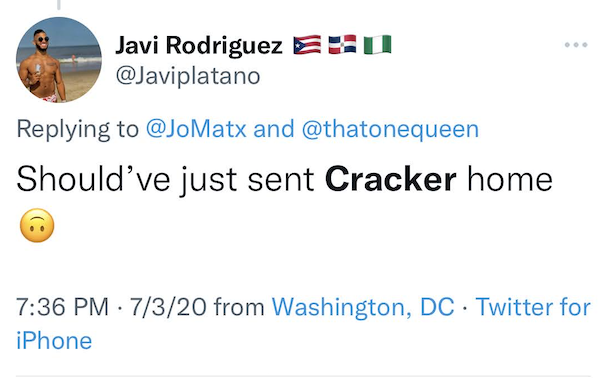 Rodriguez condemned “whiteness” when individuals online pushed back against the educator’s defense of actor Will Smith slapping comedian Chris Rock.

“Lol the yt folks coming into my thread, if y’all wanna try it do it on your own time not mine. I don’t have time for your whiteness,” Rodriguez tweeted. 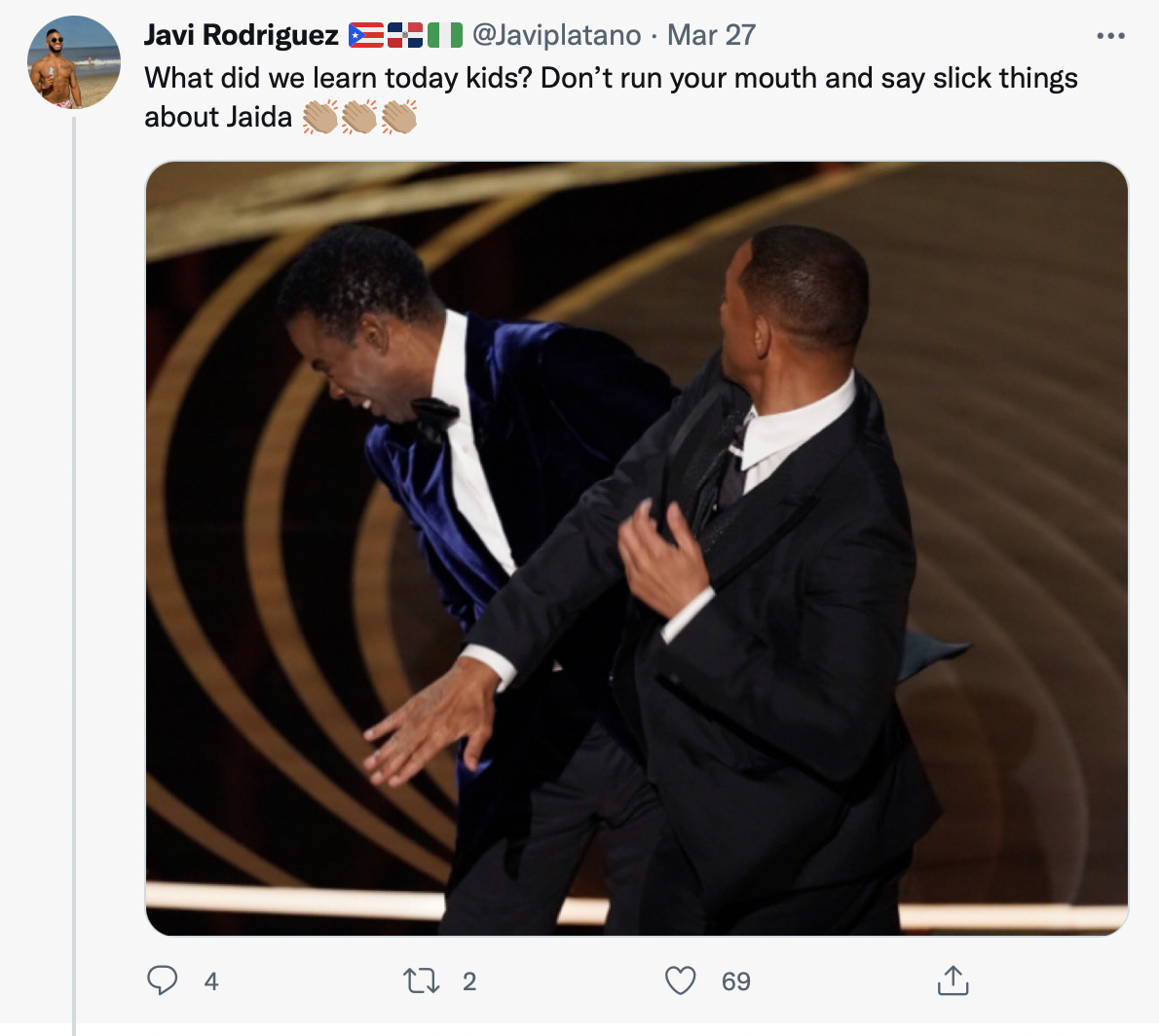 Rodriguez is enrolled as a master’s student at Ohio State University, according to his LinkedIn profile. He is pursuing an MA in higher education and student affairs and received his undergraduate degree from Florida International University.

Erika Sanzi, the director of outreach for the concerned parent organization, Parents Defending Education, told the Daily Caller that Rodriguez’s comments appear to denigrate people based on their race.

“These tweets are cause for concern because of the lack of professionalism and basic decency they reveal, but there is also a certain irony in how an equity director has no qualms about publicly shaming and denigrating people based on their race,” Sanzi said.

D.C. Public Schools and Rodriguez did not respond to the Daily Caller’s request for comment.