Several Michigan school districts will receive more than $400,000 in funding to change their mascots, according to a Native American Heritage Fund (NAHF) press release, which the fund alleges are “racist.”

NAHF, which receives some of Michigan’s gaming revenue, is giving $411,438 out of $480,000 in grants to four districts with mascots that depict Native Americans, according to a press release from the fund. Each school district will receive the funds for its transformation in August. (RELATED: San Francisco Schools Are Removing The Word ‘Chief’ From Job Titles)

“If we fund the decommissioning of racist mascot imagery now, we will have more money in the future for proactive program and curriculum programming,” NAHF Chairperson Jamie Stuck stated in a press release.

Saranac Community Schools and Hartford Public Schools will each receive over $100,000 to change their Redskin and Indian mascots, respectively, the press release stated. Lansing School District will change its mascot from the Big Reds and receive nearly $90,000 to do so.

Chippewa Hill’s new mascot will be the Knights, changing from the Warriors, according to the press release. 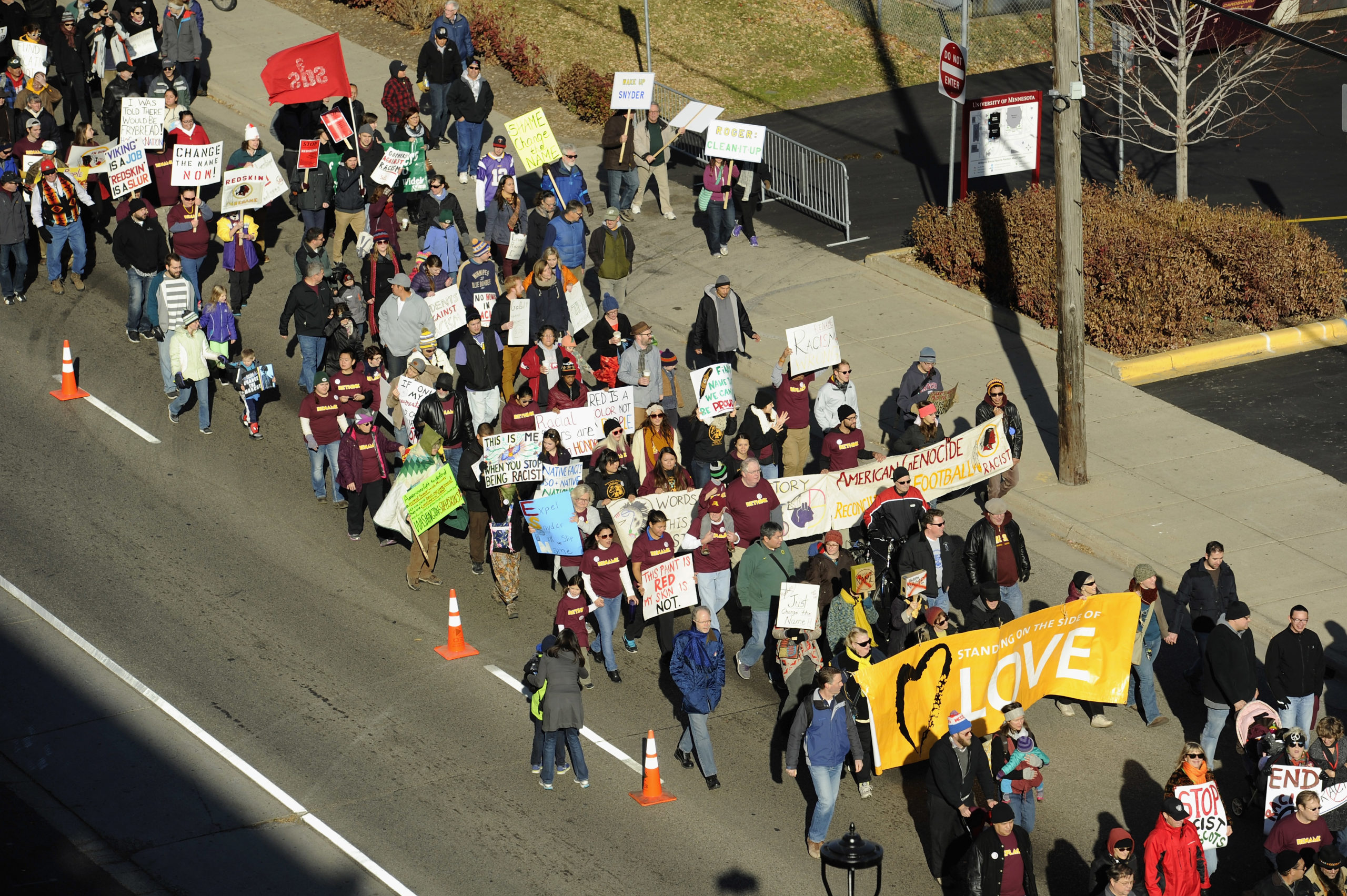 People march to TCF Bank Stadium to protest against the mascot for the Washington Redskins before the game against the Minnesota Vikings on November 2, 2014 in Minneapolis, Minnesota. Opponents of the Redskins name believe it’s a slur that mocks Native American culture and they want the team to change it. (Photo by Hannah Foslien/Getty Images)

The press release encourages the schools to work with the local tribes during the process of changing their mascots. Funds will be used to fully change uniforms, signage and facilities.

In addition to the mascot changes, the funds will also be allocated for community projects including a seminar by the Native American Affairs Council at Western Michigan University, the press release announced.

NAHF and the schools did not immediately respond to the DCNF for comment.