The “Executive Order Protecting Access to Reproductive Health Care Services” is the Biden administration’s latest response to the Supreme Court’s decision to overturn Roe v. Wade. That decision, decried by Biden as a “tragic error,” has reportedly caused friction within the Democratic Party and the president, with some members quietly questioning the administration’s response.

Only Congress has the ability to codify abortion rights, so Biden’s executive order is designed to build “on the actions his Administration has already taken to defend reproductive rights,” according to the White House.

Biden’s executive order establishes “an Interagency Task Force” designed to help coordinate federal “policymaking and program development” to combat the Supreme Court decision, the administration noted. Attorney General Merrick Garland will be part of this task force and part of his job will be to “provide technical assistance to state affording legal protection to out-of-state patients.”

The order, in part, directs Department of Health and Human Services (HHS) Secretary Xavier Becerra to “take additional action to protect and expand access to abortion care, including access to medication that the FDA approved as safe and effective over twenty years ago.” It also directs the head of the agency to do more in protecting access to contraption, the White House announced.

“HHS will take steps to ensure all patients – including pregnant women and those experiencing pregnancy loss – have access to the full rights and protections for emergency medical care afforded under the law, including by considering updates to current guidance that clarify physician responsibilities and protections under the Emergency Medical Treatment and Labor Act (EMTALA),” the administration wrote. 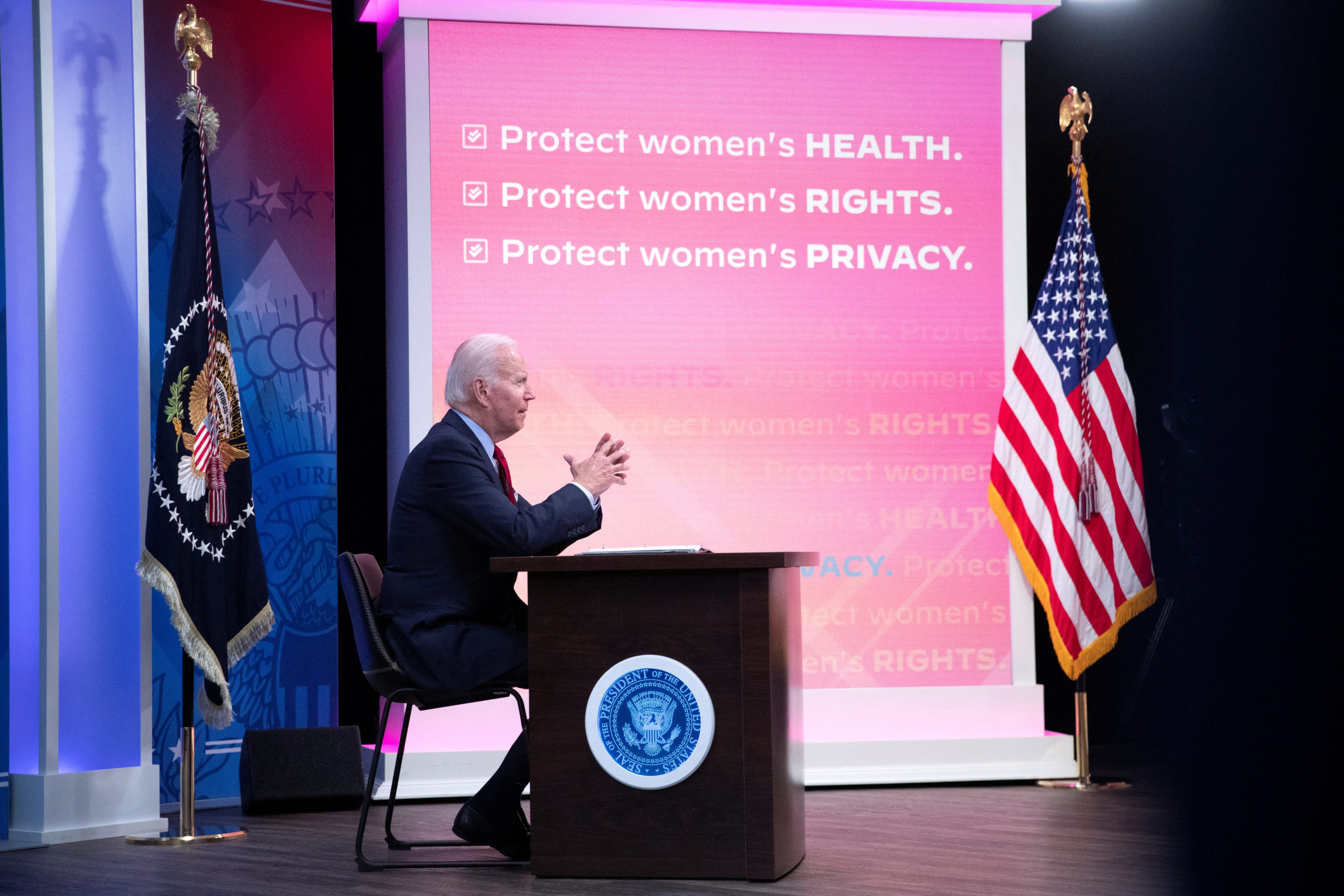 Notably, the administration also said it plans to convene a group of pro-bono lawyers “to encourage robust legal representation of patients, providers, and third parties lawfully seeking or offering” abortions throughout the U.S.

“Such representation could include protecting the right to travel out of state to seek medical care,” the White House fact sheet reads, honing in on Biden’s push that a woman must be allowed to travel safely out of her home state if seeking an abortion.

“The Administration will ensure the safety of patients, providers, and third parties, and to protect the security of other entities that are providing, dispensing, or delivering reproductive health care services. This charge includes efforts to protect mobile clinics, which have been deployed to borders to offer care for out-of-state patients,” the White House also noted.

Biden has expressed his frustration, saying during a recent trip overseas that “the one thing that has been destabilizing is the outrageous behavior of the Supreme Court of the United States by overruling not only Roe v. Wade, but essentially challenging the right to privacy.”

The president also made news during that trip when he said he would back a filibuster carve-out in order to codify Roe v. Wade. (RELATED: Biden Warns Of A ‘Mini Revolution’ If SCOTUS Overturns Roe)

“The first and foremost thing we should do is make it clear how outrageous this decision was and how much it impacts not just on a women’s right to choose, which is a critical, critical piece, but on privacy generally,” Biden said during the press conference in Spain at the end of June. “But the most important thing, to be clear about it, I believe we have to codify Roe v. Wade in the law and the way to do that is to make sure Congress votes to do that.”

Democratic Sens. Joe Manchin of West Virginia and Kyrsten Sinema of Arizona have remained firmly opposed to making any such exceptions, meaning the Biden administration may not be holding its breath in the hopes that Congress will codify Roe v. Wade.