The number of possible Democratic 2024 presidential hopefuls is piling up as questions within the party grow over whether President Joe Biden is cut out for another four years.

The Biden administration is struggling to be plagued by a series of crises, from rising inflation and gas prices to fallout over the president’s response to the Supreme Court’s decision to overturn Roe v. Wade. As a result, more members of the Democratic Party are coming out of the woodwork to express criticism over Biden’s leadership – and more potential 2024 contenders are presenting themselves as alternatives.

The list of potential Democratic 2024 presidential contenders is already lengthy, with Govs. Roy Cooper of North Carolina, Phil Murphy of New Jersey, J.B. Pritzker of Illinois, Jared Polis of Colorado, Gavin Newsom of California and Gretchen Whitmer of Michigan were all highlighted in a May piece by the Intelligencer.

Meanwhile, yet another mass shooting, which occurred on July 4 in Highland Park, Illinois, hasn’t helped soothe Democrat’s concerns over Biden.

Politico and The Washington Post both criticized Biden’s reaction to the July 4 attack, which left seven dead and over 40 injured. Biden, Politico reported, “initially made just passing reference to the shooting.”

Pritzker, who has already suggested an open primary in 2024, had a very different approach.

“There are going to be people who say that today is not the day, that now is not the time to talk about guns,” the Illinois governor said. “I’m telling you there is no better day and no better time than right here and right now.”

The Post described his reaction as “fiery” since it “took direct aim at those blocking gun control legislation.” 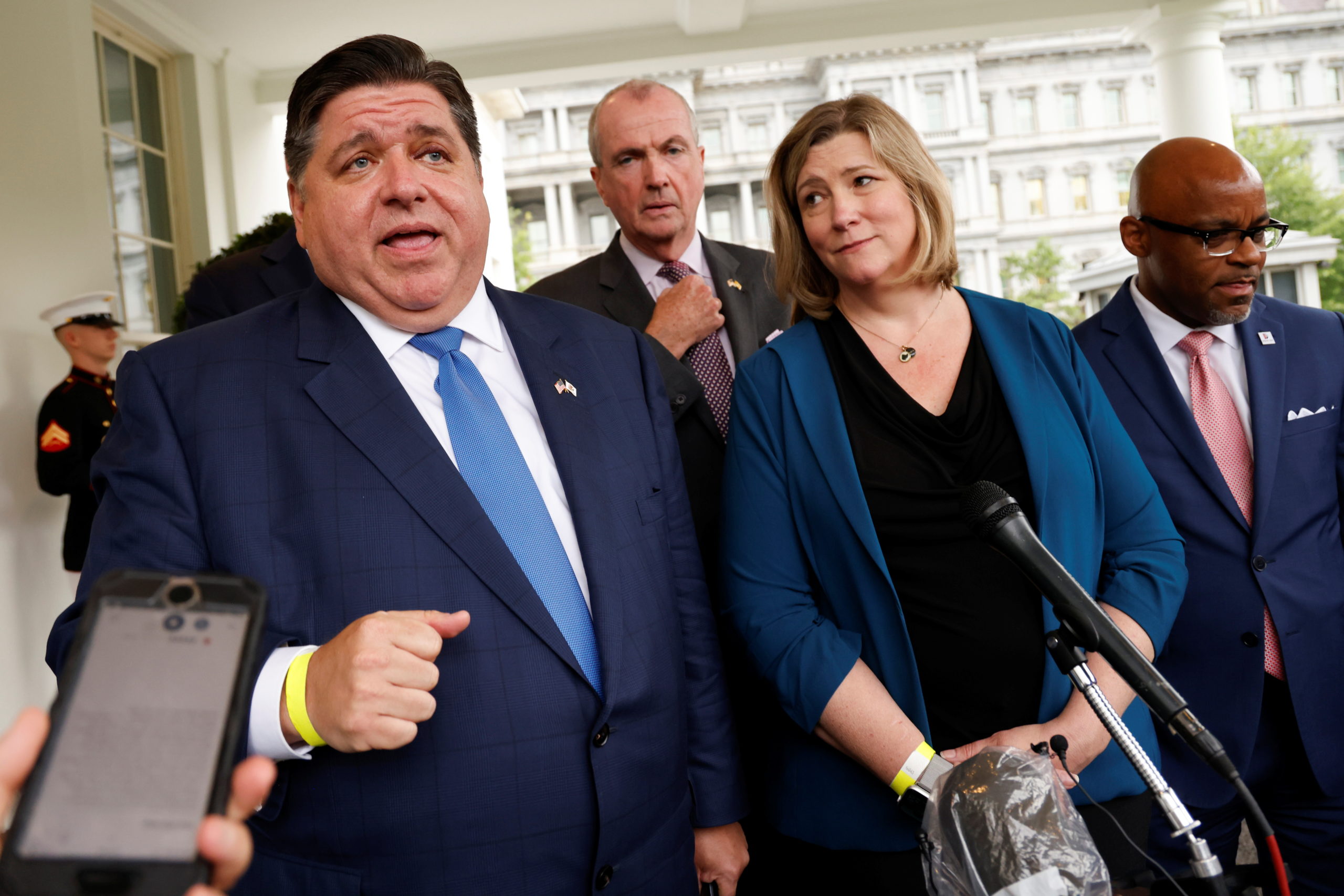 Pritzker isn’t the only potential contender stepping up his game. Newsom aired an ad in Florida on July 4 seemingly targeting Republican Florida Gov. Ron DeSantis. Newsom’s ad specifically honed in on the idea of “freedom” and declared that this key value is “under attack” in DeSantis’s state.

“In the view of many distraught Democrats, the country is facing a full-blown crisis on a range of fronts, and Biden seems unable or unwilling to respond with appropriate force,” The Post wrote.

As some Democrats grapple with the president’s reactions and handling of various issues, others are nervous “that Biden remains trapped in a prior age of political decorum and unquestioning fealty to institutions and has been slow to recognize both the existential threat felt by some of his supporters,” according to Politico.

CNN, in a piece published Tuesday, highlighted yet another issue raising red flags within the party: the Biden administration’s response to the overturning of Roe v. Wade. Some Democrats have reportedly expressed frustration over the fact that aides are still sorting out response actions, even though the Supreme Court’s draft opinion was leaked to the media well before the official decision came.

This specific concern, according to CNN, isn’t just limited to Biden’s response regarding the Supreme Court decision. It represents a wider issue that Democrats see regarding the administration. (RELATED: A Slew Of Democrats Are Quietly Hoping Biden Won’t Run In 2024)

“Democrats worry the lack of decisions and authority are deepening their own midterm problems and feeding a sense that the President couldn’t truly handle the extra complications of a run for reelection in 2024 – and along the way, reinforcing narratives that he’s an old man not fit for the moment,” the CNN article reads.

Amid all of this, the president is reportedly trying to convince Democrats that he’s the only man for the job come 2024. With support seemingly waning, Biden has been personally pitching himself to members of his party with an argument similar to one he made for his 2020 run, NBC News reported on June 29.

That pitch, according to NBC News, is simple: That he’s the only man who can beat Trump in 2024.

Whether that pitch works, however, remains to be seen. At least one Democrat pointed out to NBC News that Biden’s reasoning sounds extremely familiar to past years.

“It’s basically the same argument he was making at this point in 2018 about why he thought he might have to run,” a Democrat familiar with Biden’s remarks told the network. “He would just walk through every candidate.”