Kentucky Sen. Rand Paul, after being blacklisted by the Ukrainian government, told the Daily Caller that his “loyalty” remains with the United States.

Paul was included on a lengthy list of individuals accused by Ukraine of spreading “Russian propaganda.” Former Democratic Hawaii Rep. Tulsi Gabbard was another notable U.S. lawmaker that made the list. The two have been critical of U.S. aid to Ukraine, with Paul suggesting back in April that President Joe Biden – along with other past presidents – coaxed Russia into invading by pushing Ukraine to join the North Atlantic Treaty Organization (NATO).

In a statement Tuesday, Paul told the Caller that he’s “repeatedly said” his “sympathies lie with Ukraine,” but appeared to stand by his past criticisms of the situation. (RELATED: ‘Recipe For Disaster’: Rand Paul Defends Blocking Ukraine Military Aid Package, Takes Shot At John McCain)

“While I have repeatedly said my sympathies lie with Ukraine, my loyalty is to the United States,” Paul said. “My oath of office obligates me to defend the United States and that includes defending our country from incurring massive new debt no matter how worthy the cause.”

Paul delayed a $40 billion Ukraine aid package in May, prompting pushback from members of both parties. Paul argued at the time that “we cannot save Ukraine by dooming the U.S. economy.”

“Americans are feeling the pain [from inflation], and Congress seems intent only on adding to that pain by shoveling more money out the door as fast as they can,” Paul added in May.

Although Paul has been critical of U.S. support given to Ukraine, he’s noted that he supports the country’s cause and is “proud of how well the Ukrainians have fought,” Yahoo reported in April. At the same time, he’s been steadfast in arguing for a “foreign policy of restraint.” 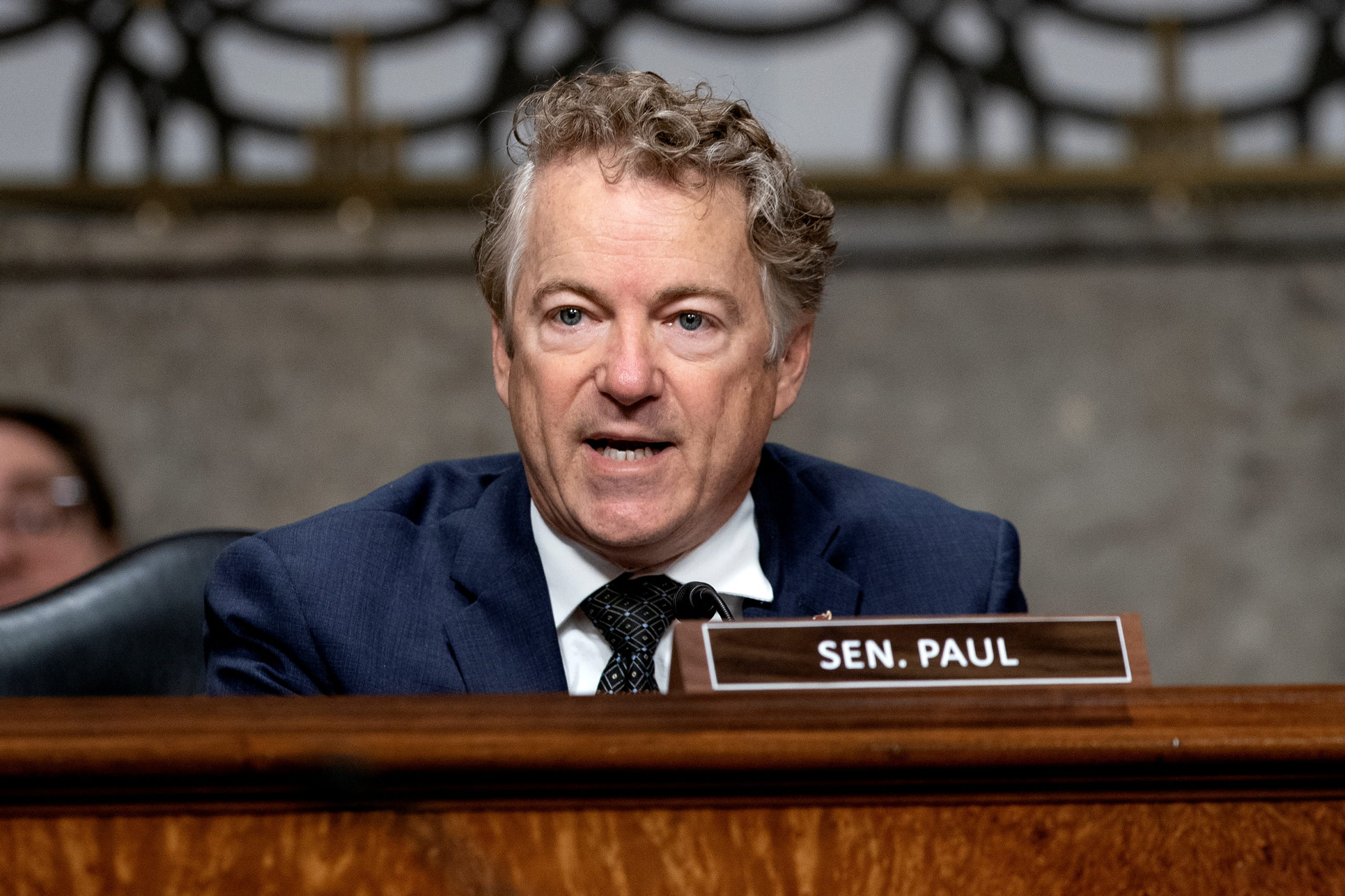 Gabbard, another reproving voice amid bipartisan support for America’s continued aid to Ukraine, said in June that the Biden administration has failed to define what winning means in the Ukraine–Russia war. She also pushed back on the $40 billion spending package.

“You know, Secretary Austin said in the past well we’re doing this so that we can weaken Russia but really when you look at it this was always about going to war with Russia with Ukraine as the proxy and that’s exactly what’s happening right now. This is something that we the American people never had a say in, Congress rushed through this $40 billion spending package never had any kind of serious debate about it,” Gabbard said on Fox News.

Gabbard faced backlash after tweeting in March that there are “25+ US-funded biolabs in Ukraine which if breached would release & spread deadly pathogens to US/world.” After being accused of pushing Russian propaganda, Gabbard clarified her comments and noted that “there is sometimes miscommunication and misunderstanding when discussing” “‘Biolabs’, ‘bioweapons labs’, and ‘bioweapons.'”