Several Republican attorneys general are suing the U.S. Department of Agriculture (USDA) over guidance that would withhold federal funds for nutritional assistance from schools that discriminate based on “gender identity” and “sexual orientation.”

The USDA issued guidance in May 2022 that threatened the restriction of federal funds from schools through the National School Lunch Program if they do not comply with revisions to Title IX and the Food and Nutrition Act that prohibits “discrimination on the basis of sexual orientation and gender identity.” The 22 Republican attorneys general filed a lawsuit against the USDA asking for a preliminary injunction to halt the guidance they allege illegally infringes on states’ rights to enact their own laws regarding gender identity and sexual orientation. (RELATED: Teachers Must Hide Children’s Transgender Status From Parents Under New Philadelphia Policy)

The new guidance failed to go through the legal process of the Administrative Procedures Act which requires states to have a say in the creation of the guidance, the lawsuit states. The Department of Education’s proposed revisions to Title IX blocks schools from receiving federal funding if they discriminate based on “sexual orientation” or “gender identity.”

“The Biden Administration is attempting to hold Missouri children’s lunch money hostage in order to further its woke agenda,” Missouri Republican Attorney General Eric Schmitt said in a press release. “This is yet another attempt by the Biden administration to warp Title IX to fit their agenda. I will continue to make sure that bureaucrats are required to follow the law and will halt the Biden administration’s bully tactics to protect imperative lunch funding for our children.” 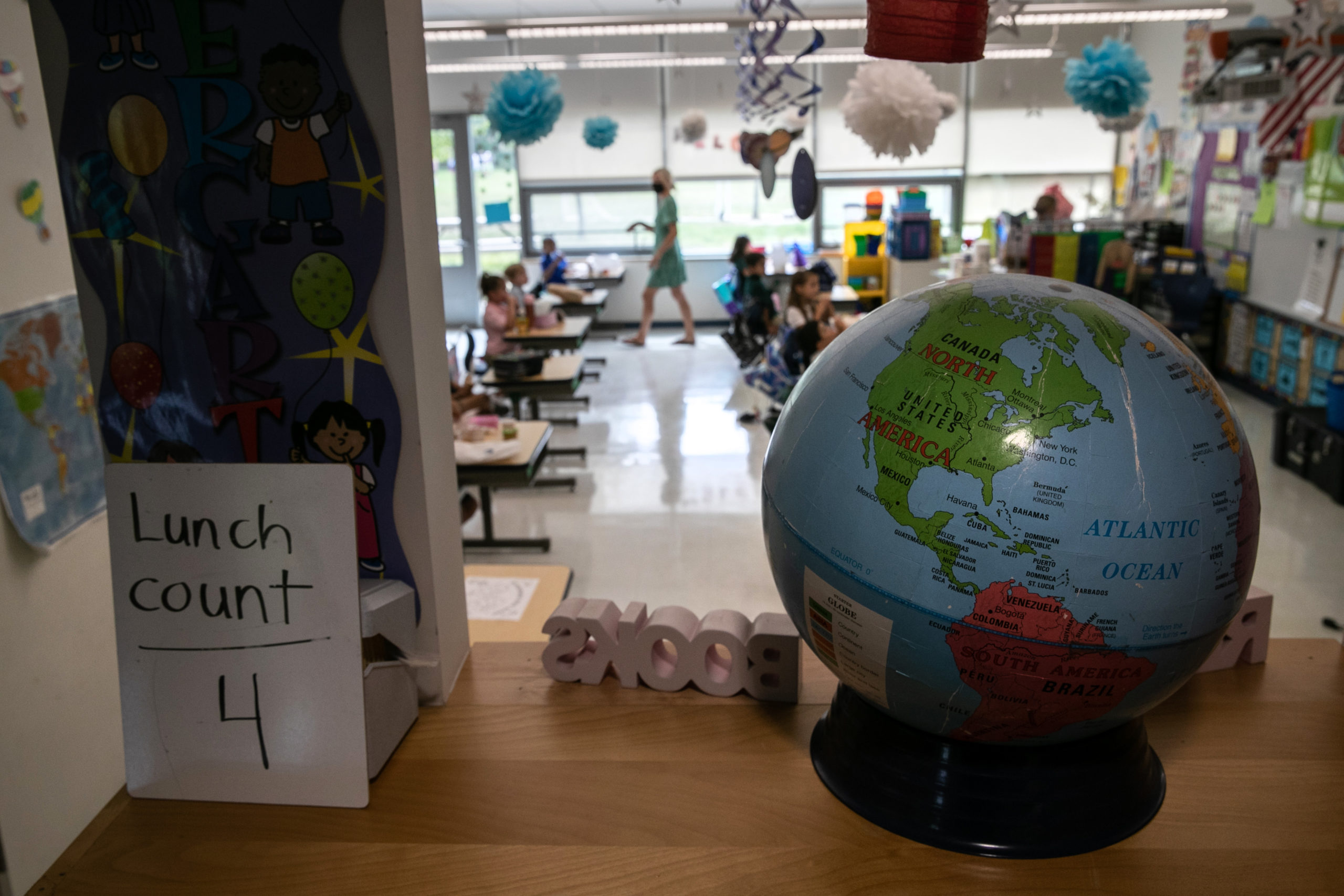 Children eat lunch at their desks, as a new coronavirus safety precaution on their first day of kindergarten on September 9, 2020 in Stamford, Connecticut. (Photo by John Moore/Getty Images)

The attorneys general argue that their states could lose federal funding for their school meals under the National School Lunch Program because their states’ laws and policies prevent them from following USDA’s guidance for federally funded institutions, the lawsuit states. Judge Charles Atchley for the Eastern District of Tennessee temporarily blocked proposed revisions to Title IX on July 15 after similar reasoning from several attorneys generals.

A Tennessee law that requires students to participate in school athletics based on their assigned sex at birth prevents compliance with the USDA’s guidance, the lawsuit states. Similarly, West Virginia laws do not allow anyone to use bathrooms or locker rooms assigned to the opposite sex.

“Enforcement of the USDA’s Memoranda or a refusal to accept the Final Rule’s terms could cause Plaintiff States to lose significant federal funds from the USDA,” the attorneys general alleged in their lawsuit.

The U.S. Department of Agriculture did not immediately respond to the Daily Caller News Foundation’s request for comment.