Senate Democrats’ new climate spending package includes tax credits for electric vehicles (EVs); however, just 11,000 EVs will be able to be purchased using the provision, according to the Congressional Budget Office (CBO).

The CBO estimated that the EV tax credits in a $430 billion climate and energy bill would cost taxpayers $85 million in 2023, equivalent to 11,000 vehicles receiving the $7,500 credit, according to its budgetary analysis of the bill. By 2030, the tax credit will also only impact the federal budget by $1.3 billion, equal to 1% of the total cost of the number of cars sold in the U.S. in 2021. (RELATED: Here’s How China Could See A Massive Windfall From Dems’ Big Spending Bill)

“The EV tax credit requirements will make most vehicles immediately ineligible for the incentive,” said John Bozzella, president and CEO of the Alliance for Automotive Innovation in a press release on Sunday. “That’s a missed opportunity at a crucial time and a change that will surprise and disappoint customers in the market for a new vehicle.”

The average number of electric vehicles sold in the U.S. was roughly 607,000, according to Statista.

The tax credits apply to so few vehicles because of Democratic Sen. Joe Manchin of West Virginia, who insisted on ‘Buy American’ tax credit restrictions in an effort to push EV material supply chains away from China, according to E&E News. The bill stipulates that 40% of battery materials must be obtained from North America or a U.S. trading partner in order to qualify for the electric vehicle tax credit starting in 2024, according to its text.

The proposed EV tax credits, which would end in 2032, would only apply to cars priced at no more than $55,000 and trucks, vans, and SUVs with suggested retail values no higher than $80,000. They would only be available to households making up to $300,000 in annual adjusted gross income. 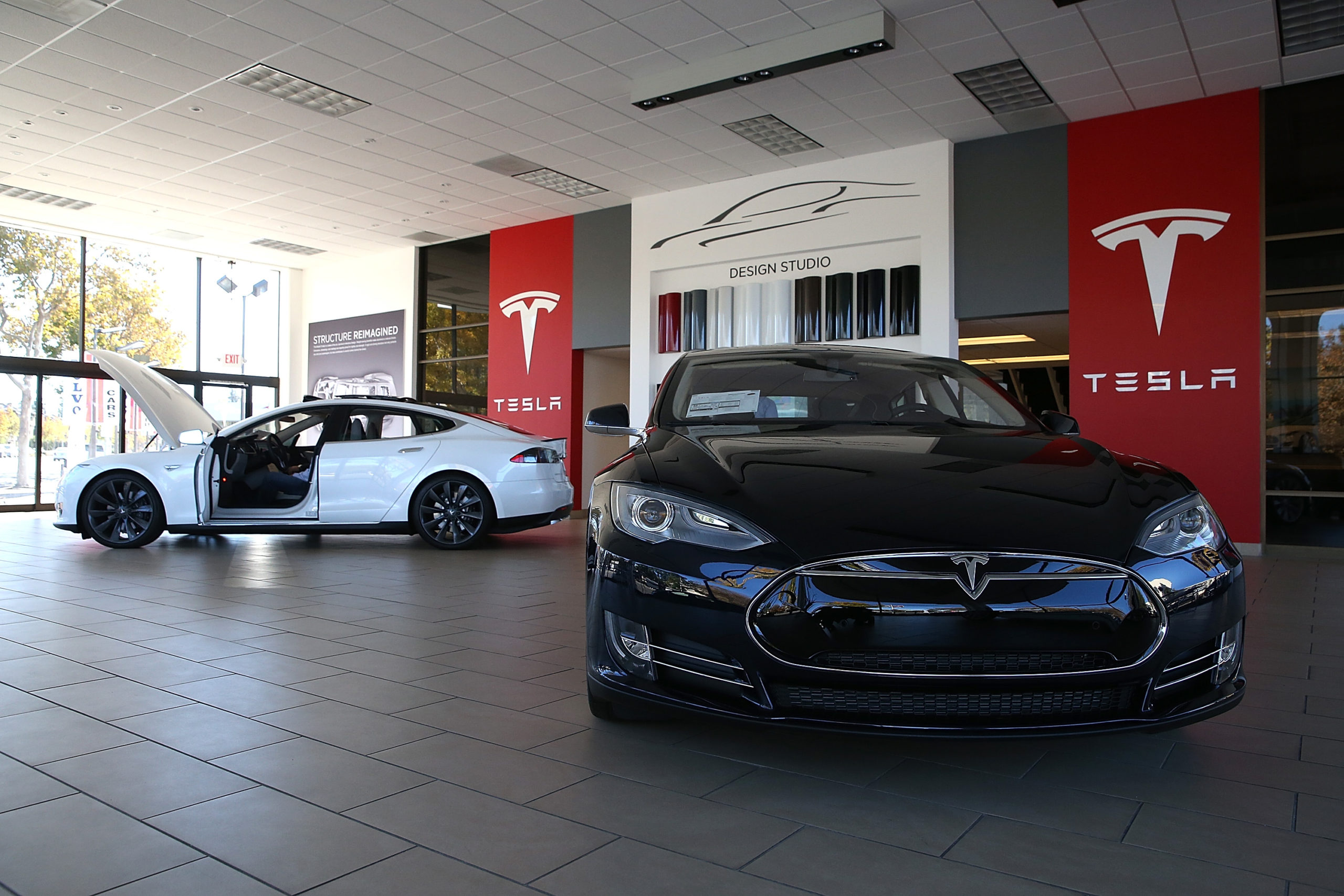 Lawmakers and automakers who are heavily reliant on China for rare earth minerals previously requested that the qualifications for the tax credits be altered or delayed to allow firms to sufficiently transition their supply chains, arguing that they would not sell enough EVs under the rules as the restrictions on the tax credits were too harsh to qualify for. Both automakers and

Federal regulators in the Treasury Department may be able to alter or waive the criteria in order to expand the tax credit as they have the power to decide how U.S. firms can interact with “entities of concern,” like the Chinese Communist Party.

The push to get more EVs on the road comes amid the Biden administration’s ambitious climate plan which aims to make the U.S. a net-zero emissions economy by no later than 2050.