Republican Gov. Mike Dunleavy of Alaska filed a complaint in Alaska’s United States District Court to compel the Department of the Interior (DOI) to take responsibility for hundreds of contaminated areas that the federal government transferred to Alaska Natives.

Dunleavy and the state of Alaska filed the lawsuit in mid-July as a last resort after the DOI allegedly ignored calls to identify and clean up 650 former federal military installations, oil drilling sites and other projects that are contaminating Native Alaskan lands, according to court filings. Despite the Biden administration’s emphasis on securing “environmental justice” for minority communities, the DOI’s Bureau of Land Management (BLM), nor any other associated federal agency, is taking responsibility, the lawsuit alleges, allowing pollution and toxic waste to creep into natives’ food and water systems.

“They pay lip service when it suits their political aims, but when it comes down to helping these folks, it’s a poor record at best and dismal at its worst,” Dunleavy told the Daily Caller News Foundation.

Alaska Natives gave up their aboriginal land rights 50 years ago in exchange for 44 million acres of federal land as part of the Alaska Native Claims Settlement Act (ANCSA). However, Alaska Natives did not anticipate that these lands would be severely contaminated and unfit to live on or be developed.

Contamination of Native Alaskan lands has gone unaddressed by previous presidential administrations since 1971, when the lands were given to native villages and regional corporations, according to court filings.

“To this day, the federal government does not appear to want to take responsibility,” said Dunleavy.

The Biden administration also attempted to absolve itself of the issue in a letter sent on April 8, 2022, according to a July press release. If the federal government continues to deny responsibility, the state may consider filing lawsuits on individual sites, according to documents.

The lawsuit alleges that the Alaska Native community expressed numerous concerns over health, safety and economic issues relating to the presence of hazardous materials. Over 920 contaminated sites were originally given to Alaska Natives and some of these sites may have contained high levels of hazardous waste like asbestos, explosives, mercury as well as polychlorinated biphenyl (PCBs), according to a 1998 BLM report.

“Some sites are within two miles of a village and we know they’re contaminating our drinking water and food sources,” Hallie Bisset, executive director of the Alaska Native Village Corporation Association, told the DCNF.

Exposure to PCBs may increase one’s risk of developing Parkinson’s disease and cancer, according to a National Library of Medicine study.

“If they don’t allow development on (Alaskan) lands because of contamination, it will have an economic impact and more people will end up leaving the state,” Dunleavy stated. “It’s certainly not helping the state of Alaska or the people of Alaska realize the promise of statehood, and that is to be able to take care of ourselves and create opportunity for our people.” (RELATED: Big Oil Is Backing Dems’ Climate Bill — Here’s Why)

Dunleavy, Alaska Department of Environmental Conservation (ADEC) Commissioner Jason Brune and Alaska Attorney General Treg Taylor sent letters to President Joe Biden, DOI Secretary Deb Haaland and the BLM requesting that aid the state with the cleanup in May 2021, according to documents. After the letters were met with silence, ADEC also issued 548 notices of intent to sue the department for failing to clean up contamination, in December 2021, according to documents. 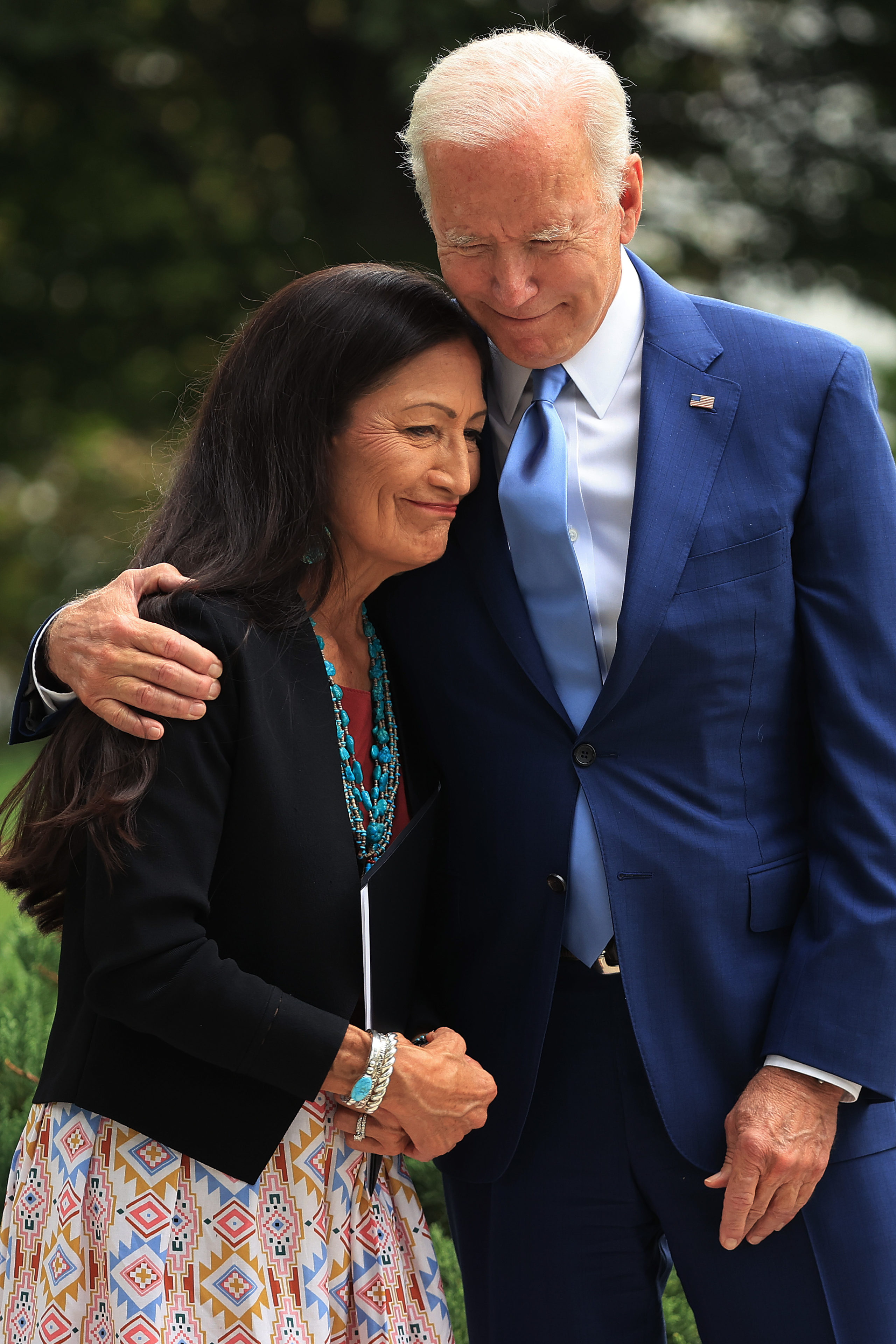 The BLM contended in a January 2022 letter that it merely acts as the government’s “real estate agent” when it comes to the land that Alaska Natives received 50 years ago. The BLM told ADEC that it had no obligation to help decontaminate or identify the sites even though it transferred the majority of the lands under the government’s jurisdiction.

“We estimate that between $60 and $100 billion worth of cleanup needs to be done,” Bisset stated.

The bureau suggested that budgeting was a main concern of identifying and conducting cleanup projects, estimating that water and wastewater cleanups would cost approximately $880 million alone, according to the 1998 report.

“It’s certainly not because of a lack of funding; the administration is spending trillions of dollars on all kinds of stuff,” stated Dunleavy.

“The liability for this is significant, and it’s only getting bigger for the U.S. taxpayer,” ADEC Commissioner Jason Brune told the DCNF, noting that one site’s cleanup could cost up to $700 million.

The BLM states that only ADEC and the Environmental Protection Agency (EPA) have the authority to clean up ANCSA lands, according to its report from 2016.

“On the one hand, they claim we have to keep the environment pristine and that we can’t produce anything here; on the other hand, they’ve got contaminated land that they transferred to Native Alaskans and they don’t want to respond,” Dunleavy continued.

The Biden administration has previously limited oil and gas exploration efforts in the interests of environmental conservation and furthering its ambitious climate plan which seeks to achieve economy-wide net-zero emissions targets by 2050.

The White House, the DOI and BLM did not immediately respond to the DCNF’s request for comment.