Amazon has either closed or cancelled development of over 40 warehouses, representing almost 25 million square feet of real estate, according to Bloomberg.

Amazon’s CEO Andy Jassy has developed a strategy to cut an apparent surplus of warehouses and employees from a spending spree during the pandemic, Bloomberg reported, citing data from supply chain consulting firm MWPVL, which closely tracks Amazon’s activities. After a rapid expansion during the pandemic where, for a time, Amazon built a new warehouse almost daily, Amazon has since cancelled, closed or delayed 60 warehouses, and cut 100,000 jobs, Bloomberg reported. (RELATED: Amazon Powered Down All Its Solar Panels Because They Kept Catching On Fire: REPORT)

“There remains some serious cutting to do before year-end — in North America and the rest of the world,” said Marc Wulfraat, founder and president of MWPVL, in a statement to Bloomberg. “Having said this, they continue to go live with new facilities this year at an astonishing pace.”

Amazon is joined by other struggling retailers who have been forced to cut earning estimates as inflation remains near record highs. Both consumer spending and the U.S. gross domestic product fell slightly in the second quarter, according to the Bureau of Economic Analysis.

Amazon announced this week it intends to close two delivery stations near Baltimore that employ more than 300 people, but stressed that the employees would be able to transfer to other facilities, according to Bloomberg. Typically, Amazon would be either opening new facilities or hiring workers to prepare for the holiday shopping season.

An Amazon spokesperson told Bloomberg it wasn’t unusual for the company to explore multiple locations and change their plans “based on needs across the network.” The spokesperson also told Bloomberg that the Baltimore-area facilities were closing as part of modernization efforts. 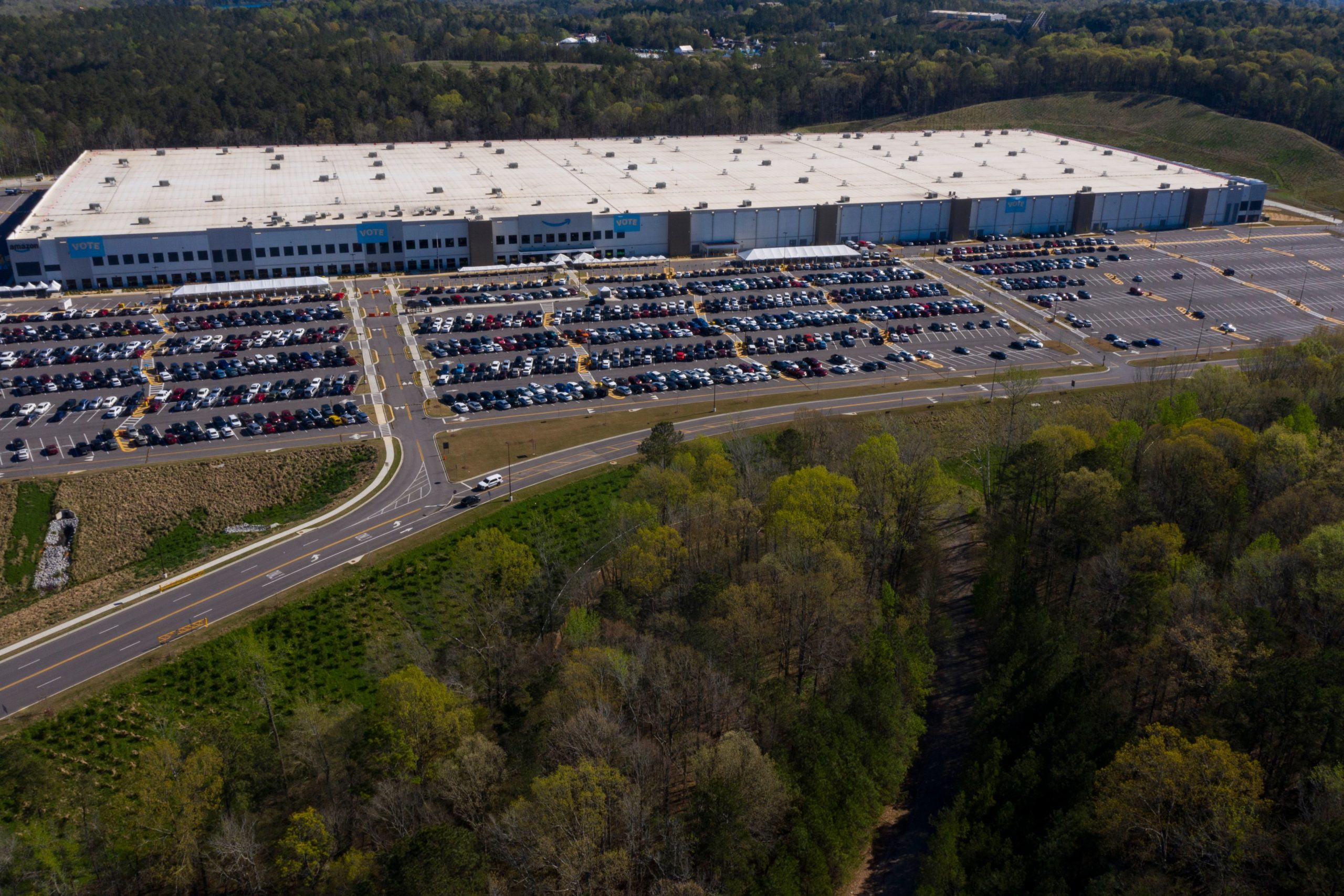 Amazon announced its new Amazon Warehousing and Distribution (AWD) service, which allows suppliers to take advantage of the Amazon warehouse system to store inventory, amid this slowdown in warehousing space on Wednesday.

“Amazon Warehousing & Distribution (AWD) addresses critical supply chain challenges and helps sellers grow and manage their business while significantly cutting costs,” the statement reads. “With this simple pay-as-you-go service, sellers are free from the time-consuming, cumbersome process of moving inventory from upstream facilities to Amazon fulfillment centers. AWD makes the promise of supply chain as a service a reality and is specifically designed to solve inventory management challenges and deliver operational efficiencies.”

The announcement follows recent struggles in the retail industry to offload excess inventory, with many companies turning to shipping containers, trucks and other non-traditional techniques to stand in for warehouses as shoppers’ discretionary incomes are threatened by inflation, according to The Wall Street Journal.

Amazon currently operates 520 delivery stations for standard packages in the U.S., and still has plans to build an additional 150, according to MWPVL.

Amazon did not respond to a Daily Caller News Foundation request for comment.