Russian President Vladimir Putin said Wednesday his country will cut off all energy supplies if the U.S. and its allies in the European Union (EU) impose a price cap on Russian oil and gas exports, Reuters reported.

Putin said that Russia would no longer honor its supply contracts with Europe and the West if the Group of Seven wealthy democracies (G7) pushed forward with their plan to price cap Russian fuel products during an economic conference in Vladivostok, according to Reuters. Halting all Russian energy exports to the West would likely exacerbate Europe’s energy crisis as governments move to stockpile enough energy in time for winter and European citizens currently experiencing “astronomic” energy bills. (RELATED: The West’s Scheme To Slash Russian Oil Profits Could End Up Backfiring)

“We just won’t fulfill them,” Putin said of the supply contracts. “We will not supply anything at all if it contradicts our interests.”

The G7 announced plans on Friday to place a price cap on Russian crude oil and other fuel exports to further target the Russian economy and end its invasion of Ukraine, according to a statement produced by G7 finance ministers. The U.S. and its allies are hoping that the price cap will force Russia to sell its oil for a cut price or not sell it at all.

Putin disparaged the plan to target Russian energy profits and warned that the west would be “frozen” like a wolf’s tail due to soaring energy prices. 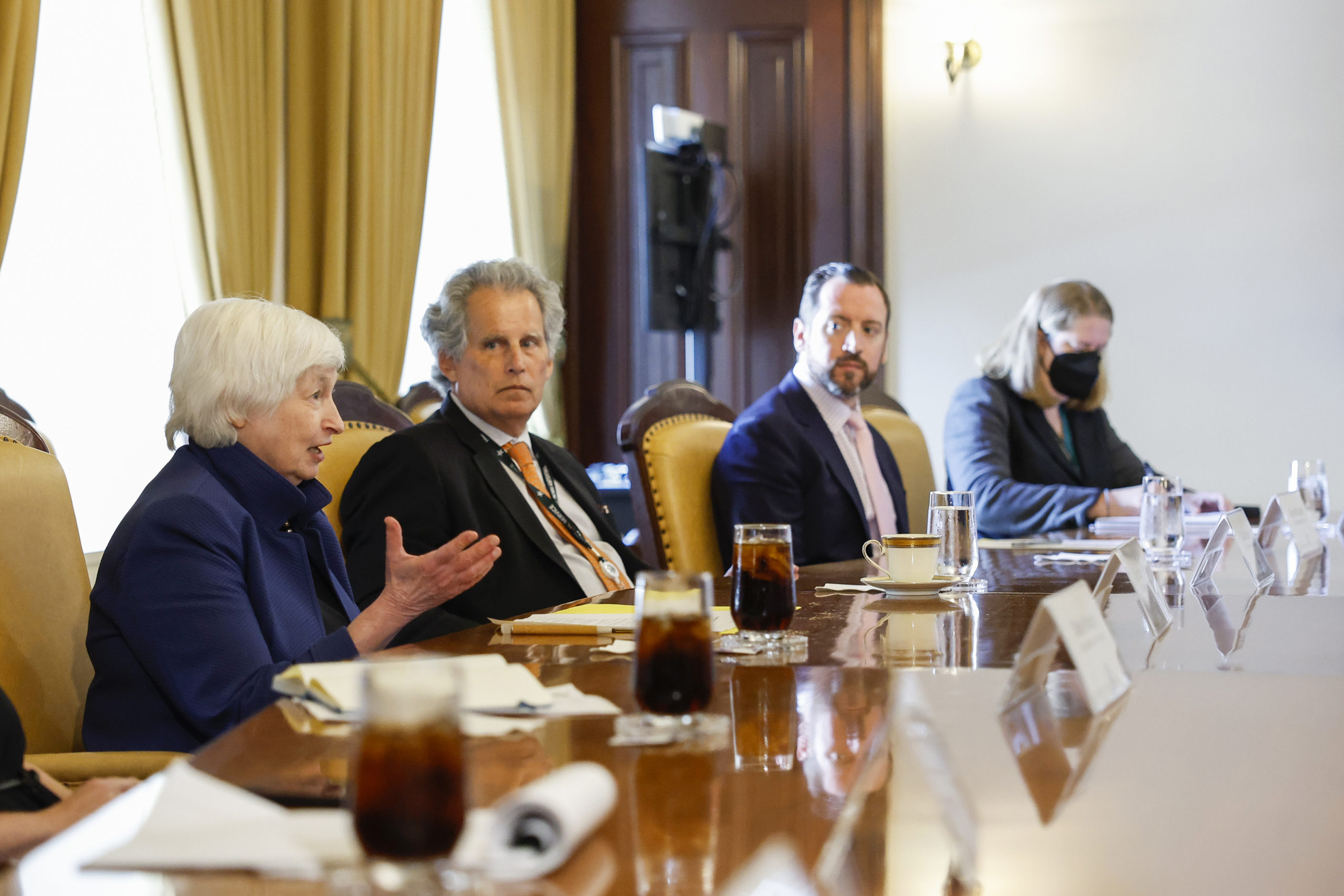 Roughly 60% of Russia’s oil exports went to Europe before the war in Ukraine, according to a February International Energy Agency (IEA) report. Additionally, Europe gets 45% of its natural gas from Russia, according to the IEA.

“By committing to finalize and implement a price cap, the G7 will significantly reduce Russia’s main source of funding for its illegal war, while maintaining supplies to global energy markets by keeping Russian oil flowing at lower prices,” Secretary of the Treasury Janet Yellen said of the plan in a Friday statement.

Russia announced on Monday that the Nord Stream 1 pipeline, which experienced a gas leak on Friday, would remain shut down as the nation claimed that the leak could not be fixed until Western sanctions were lifted. The cut-off of natural gas is causing European electricity prices to spike as the EU looks to ration supplies for the winter months.

The Russian Embassy in Washington, D.C., did not immediately respond to the Daily Caller News Foundation’s request for comment.