The Democrat-run border city of El Paso, Texas, will seek up to $2 million in reimbursements from the Federal Emergency Management Agency (FEMA) in its effort to bus illegal migrants across the U.S., city officials said Monday.

The city, which is run by Democratic Mayor Oscar Leeser, is receiving quarterly reimbursements from FEMA related to its illegal migrant expenses, but those reimbursements usually take between five and six months to go through, an official said.

The El Paso city council voted 3-1 Monday to begin awarding the funds to GOGO Charters LLC for the transportation of illegal migrants to other cities. During the meeting, city staff advised that El Paso “does intend to continue transporting migrants to the destinations they have requested,” El Paso Strategic Communications Director Laura Cruz Acosta told the Daily Caller News Foundation.

The city has chartered 25 buses, all to New York City, Cruz Acosta told the DCNF.

El Paso Border Patrol had an average of more than 1,100 daily illegal migrant encounters, sector spokesperson Landon Hutchens told the DCNF. The sector is also experiencing a surge in migrants that aren’t amenable to Title 42 expulsion, which is used to quickly expel migrants to mitigate the spread of COVID-19. (RELATED: Lightfoot To Visit DC To Ask For ‘Federal Help’ In Managing Abbott’s Bused Illegal Migrants)

Title 42 remains in place due to a federal court order, despite the Biden administration’s efforts to end the policy.

Many of the illegal migrants are from Venezuela, John Martin, Deputy Director for the Opportunity Center for the Homeless, a local nonprofit homeless shelter that’s been taking in illegal migrants in El Paso, Texas, recently told the DCNF.

The reason many Venezuelans are not expelled under Title 42 is because of foreign relations, Cato Associate Director of Immigration Studies David Bier told the DCNF.

“The U.S. has no diplomatic relations with Venezuela, and Venezuela refuses to authorize U.S. deportation flights,” Bier said. “This is true for deportations from Mexico as well. The Trump administration also put a flight ban in effect for Venezuela, meaning no flights are allowed to go there. Nonetheless, some expulsions are still happening via third countries, but it’s much more difficult.”

The influx has led Border Patrol to release hundreds of migrants around the city, nearby shelters and bus stations, local officials told the DCNF. Border Patrol released 150 migrants on Friday and 299 on Sunday, according to Hutchens. 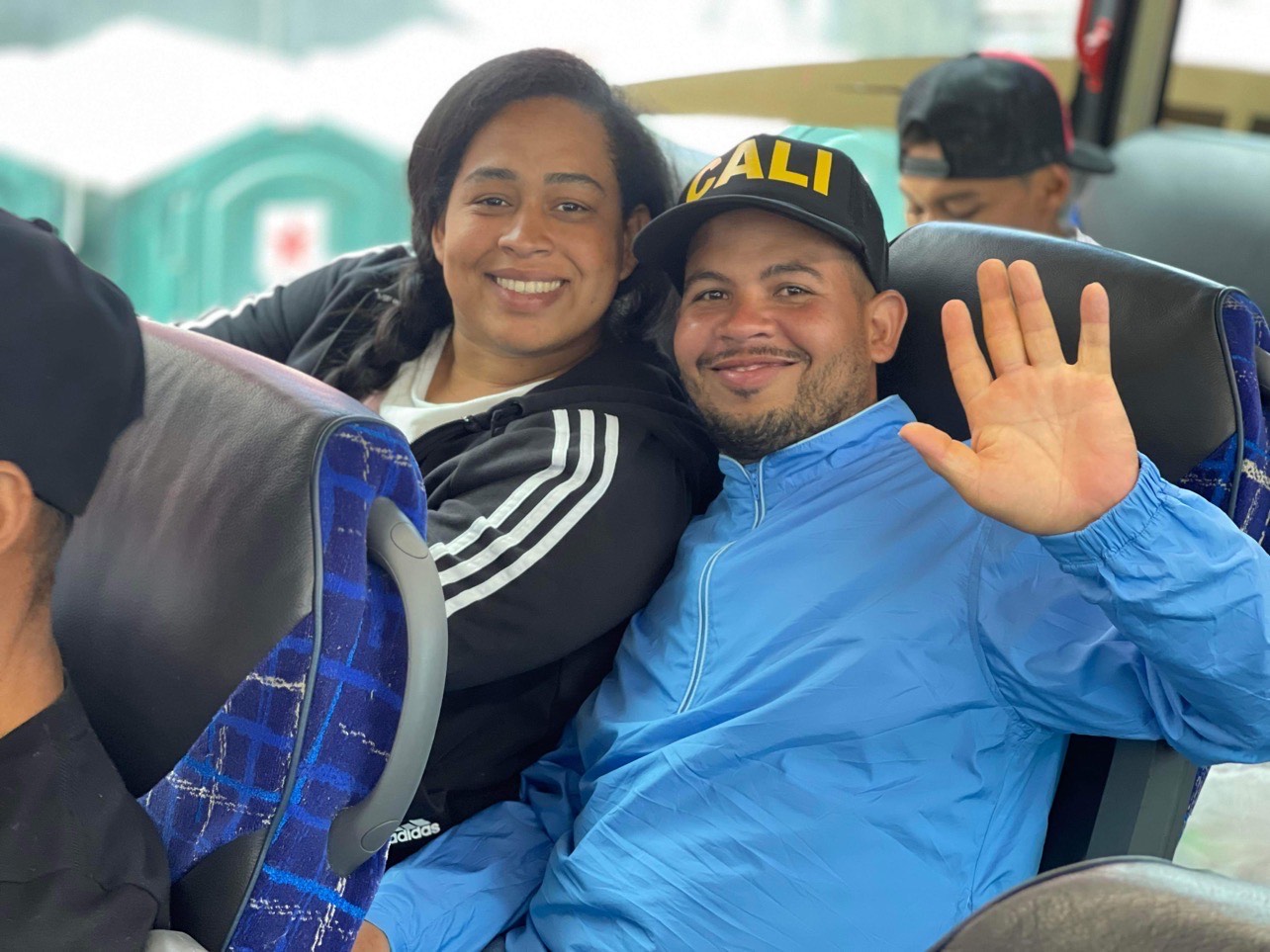 Photo Courtesy of the El Paso Opportunity Center for the Homeless

The large number of illegal migrants has driven the city’s shelters to their “breaking point,” Martin said.

“We just simply got to a breaking point that we couldn’t take another person,” Martin said. “We were just inundated with people. And to put this sort of perspective for you, our particular shelter has a capacity of about 85 people. We have gone a few nights now where we’ve been over 110.”

There have been over 1.9 million migrants encountered at the southern border between October 2021 and July 2022, according to U.S. Customs and Border Protection (CBP).

FEMA  and GOGO Charters didn’t immediately respond to the DCNF’s request for comment.