UPDATE: This story has been updated to include a statement from Prince George County Public Schools.

A Maryland school district settled with a transgender teacher days ahead of the trial, agreeing to enforce policies including transgender students’ preferred pronouns and restrooms, according to the Washington Post.

Prince George County Public Schools in Prince George’s County, Maryland, settled with Jennifer Eller, who sued the school in 2018 saying she was subjected to harassment after changing gender identity, according to the Washington Post. Under the settlement, Eller received financial compensation and the school agreed to enforce transgender policy which requires educators to hide students’ transgender status from parents and use preferred pronouns. (RELATED: Florida School Board Implements Sex Ed Curriculum For 12-Year-Old, Despite Parent Pushback)

The transgender policy which allow students to use locker rooms and restrooms based on their gender identity. On overnight trips, students are permitted to room with whichever gender they best identify with, the policy stated.

Educators will be required to keep students’ transitioning status a secret from their parents, unless otherwise advised by the student to do so, according to the policy. The policy also requires educators and peers to use students’ preferred pronouns.

The school will also work to eliminate gender-based activities, including school photos, the policy stated. Teachers and administrators will undergo training regarding transgender students. 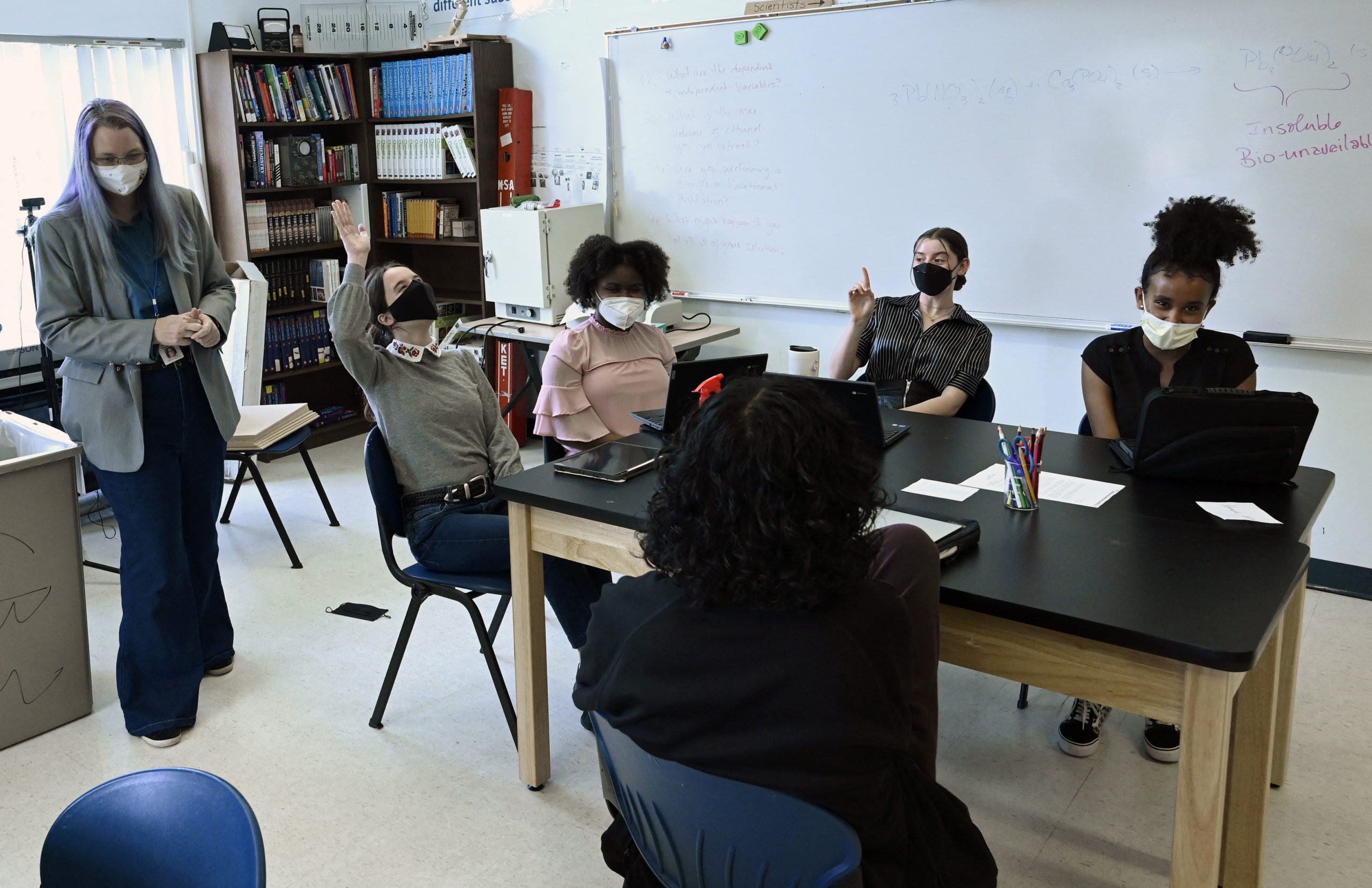 “Prince George’s County Public Schools (PGCPS) reaffirms its commitment to promoting and maintaining learning and working environments that are safe, positive and affirming for all students and staff regardless of sexual orientation, gender identity or gender expression,” Meghan Gebreselassie, director of communications for PGCPS told the Daily Caller News Foundation in a statement. “The Board and PGCPS consistently reviews Policies and Administrative Procedures to ensure compliance and best practices. We continue to do so as evidenced by steps we have taken to ensure a welcoming environment for all including: mandatory training around LGBTQ+ inclusive learning environments for staff and administrators, a systemic policy and AP outlining Inclusive Environments for LGBTQIA+ individuals, support for student-led clubs and Gender and Sexuality Alliances and a strategic plan built around educational equity.”

Eller, who left the school district in 2017, said a school administrator told her to wear slacks and blouses instead of dresses and skirts so others wouldn’t be uncomfortable, the lawsuit stated. Students also referred to Eller as “mister,” “sir” and “he,” which Eller called misgendering.

The lawsuit states that Eller was called names by parents and students such as “pervert,” and “pedophile,” with a therapist calling Eller’s gender transition, “garbage.” Eller said the school district ignored her complaints regarding the harassment.

The school and Eller’s attorneys did not immediately respond to the Daily Caller News Foundation’s request for comment.