Carlson was one of more than 7,000 people who gathered for the six-hour service at the Stockton 99 Speedway to pay tribute to Barger, according to the Daily Mail. The Hells Angel founder died in June at the age of 83 after a brief battle with cancer.

The San Joaquin County Sheriff’s Office warned that the funeral could become dangerous given that the Hells Angels are still ranked as one of the top organized crime syndicates in the U.S., the Daily Mail continued.

But the reality couldn’t have been further from the truth, with one person at the event telling the Daily Caller in an exclusive comment that, “The Hells Angels Sonny Barger event was an amazing gathering. Not a shred of the violence or mayhem that the corporate media likes to portray. Just good guys coming out en masse to celebrate freedom and the passing of an American legend.” 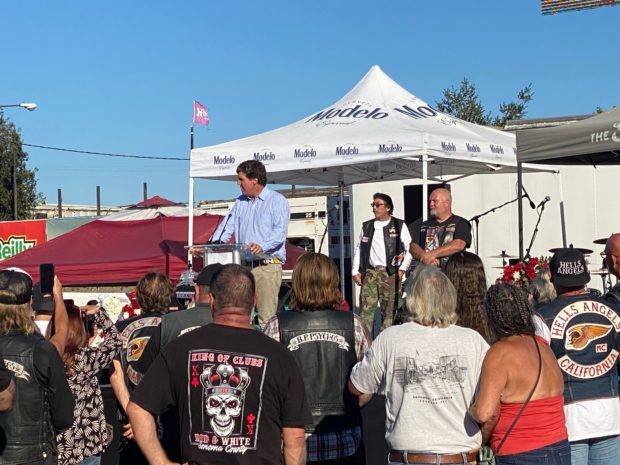 Carlson spoke at the funeral, according to the Daily Mail, saying that “Sonny Barger died in his home state of California. He was 83-years-old. When he died, his letter to his wife and friends was released, and my college roommate was also a Harley-Davidson fan, sent it to me.” He went on to note that though he’d always been a fan of Barger, he was not fully aware of his personal views outside of the motorcycle club.

He continued to tell the crowd that he wanted to pay tribute to the man who said those words, adding that “the president of the United States should be saying that, every single morning as he salutes the flag, but only Sonny Barger is saying it.” 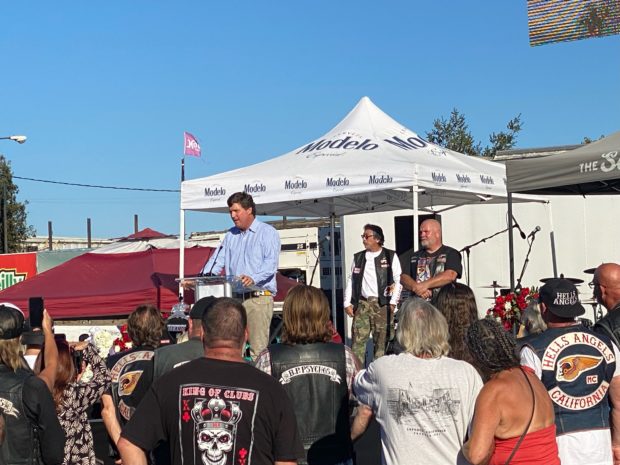 Carlson was invited to the funeral and dropped his broadcasting responsibilities in order to attend, according to the Daily Mail. (RELATED: Is Tucker Carlson Trolling Or Is He Flirting With A Run At The White House?)

The Hells Angels motorcycle club has some 2,500 estimated members in the U.S. and abroad, according to the Justice Department. It typically keeps a low profile, but residents in Sweden reportedly protested in May to keep the Hells Angels in an upscale neighborhood rather than have their properties turned over to house migrants.